The View From The Tier - Conversations With Tania Elizabeth.

The wealth of talented emerging Australian voices in writing is something that I am consistently encouraged by. Australia remains a somewhat fickle market for the embrace of new authors so it is great to see that, with the shifts taking place across publishing, new voices are able to find an audience and likewise connect with that audience. From within those ranks, have emerged exquisite people who I have had the pleasure of getting to know and who, I believe, deserve to be shared.

Queensland based author Tania Elizabeth is one such writer and person whose journey has captivated me and is well worth sharing.


I first met Tania Elizabeth over a couple of extended Twitter conversations which we exchanged dialogue about our mutual love of words and creativity and it has since blossomed into a friendship that I count among my most important. Tania has a serendipitous outlook on life. She exudes positivity and encouragement and often shares insights that come from a place of harmony within herself. And yet Tania's journey has been one of full experience, filled with its share of trials, challenges and setbacks alongside the triumphs and successes. She is, perhaps, one of the most complete human beings I've yet encountered. 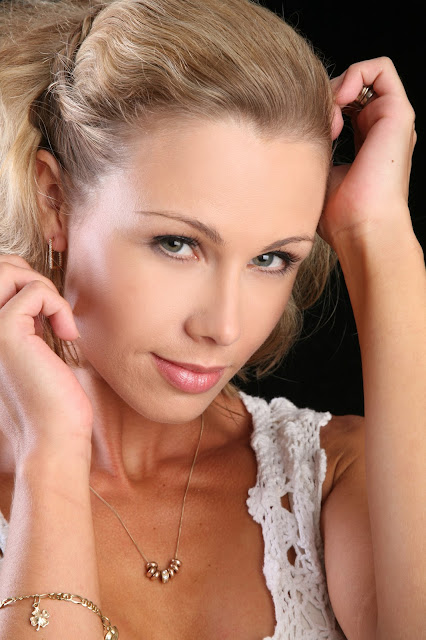 Tania was born in a little mining town called Dysart in Central Queensland, though she spent much of her childhood in Cairns that flanks the Great Barrier Reef in Northern Queensland. She recalls fostering a burgeoning imaginative streak very early on - helped in no small part by her father - and she counts this as one of the key touchstones that defined her and the person she would become.

I spent many weekends in the sprawling countryside and the lush Rainforests of the Atherton Tablelands where I would loose myself in my imagination. My siblings and cousins in were equally imaginative beings and together we revelled in childhood adventures of our own design. My father, Lionel was instrumental in enlightening me on how to meditate and understand the sagacity of energy - how it was possible to manipulate energy for the simple fact that we are entirely energy entities. 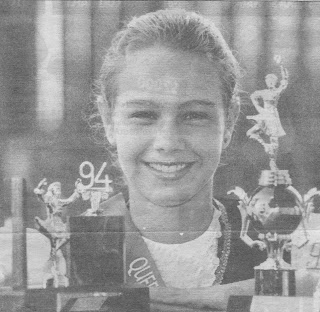 That focus on energy and the encouragement to explore expression through performance, the childhood Tania discovered dance at age 5 and initially, she revelled in the artform. The innocence of youth however, gave way to the harsher realities of growing up. Through the exploration of herself through dance Tania developed a competitive streak, a focus on achievement that was, at times, unforgiving and this had unanticipated consequences for her.

Somewhere around age 11, the competitive side of me began to take over and it wasn't too long before I allowed aspects of my ego to overwhelm. This drive to achieve, to succeed was uncompromising and it led me to some pretty dark places. I struggled with anorexia and bulimia for several years - along with all the psychological challenges those two entities hand you. There was an overwhelming sense of self loathing and hatred, guilt and depression that became all consuming. The path that I found myself on was one that was incredibly hard to get off and it became incredibly damaging.

As Tania emerged from adolescence, she came to the attention of a modelling agency, who saw potential in the natural beauty of the young Queenslander.

I was actually approached by the agency and, for a girl who had come to believe that looks were such a big part of who I was, I saw it as a very big compliment. 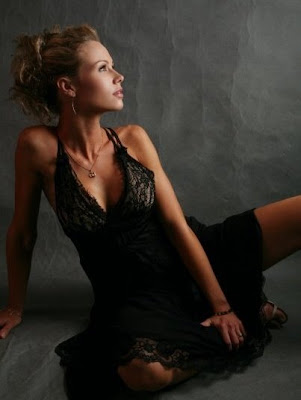 Her career in modelling saw Tania's image reach a global audience and for several years she enjoyed significant success in her new career. But underneath the beauty and the glamour, Tania admits she remained lost and that for the longest time she wasn't happy in the profession. However, there was one bright spark that remained her companion right throughout these years.

My writing truly was my catharsis and it was often what got me through the days. My pen and notebooks had been my only true companion, going right back to those early childhood days. It was a creative outlet that I secretly nurtured - perhaps without realizing it. For so long, all those who knew me, knew a version of me based upon who I thought they required me to be. I found it easier to function by keeping a mask on, rather than have others see the pain within.

The paradigm shift for Tania, came through experiencing something of an awakening which, in turn, lead her to take a pro-active role in redefining herself and in fact rediscovering her true self.

It was just after my 30th birthday, when I felt this need for a wholesale shift. I felt a need to open myself to the possibility of a higher self concept. This was something that had tried to peep through the cracks on several occasions throughout my adulthood, although it was challenged many time by my somewhat stubborn ego. Yet - during this particular year, I was not going to ignore it - the desire to seek out a more divine concept of self - any longer. By chance, my sister in law loaned me a book and really encouraged me to read it. The book became a doorway to the life-altering awakening I had been seeking. By the end of 2011, I was able to say for the first time in my life - and actually mean it - “I LOVE ME!”

Tania, also counts this as the touchstone moment that gave rise to what has become her debut novel "The Tier Of Eternal Grace - The Moon Clearing". It has been a project that is as much about "unpacking the box" of her life to date but doing it by channelling her creative forces into a magical piece of fiction that draws upon elements of fantasy, metaphysics, eroticism and rich world creation. The result is a luminescent novel that bristles with Tania's signature imagination and unique writing style. 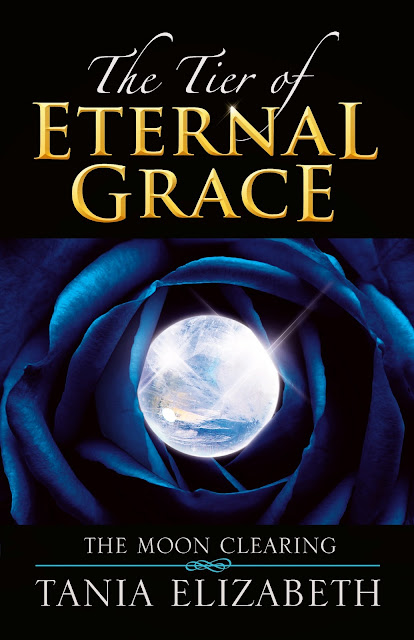 The guff on the "Tier Of Eternal Grace" is thus;

"She Lives of Heart through Battles of Mind"

“I have existed always! Where I began I do not know, for all I know is just as I am today!”

As Queen of Eterna Fadas, Tatiana was thought to have lived a life of opulence, her faith and beliefs her endearing essence. Why then was it so, that beneath the picture of perfection laid torments and terrors even she dare not explain. Being She came with its prices paid. Being She came with a deal; a contract in which she was to relinquish herself to a rogue of unmerciful fury. Would this be the end of all she ever know? Would this be the end of her existence?"

Tania Elizabeth has woven a tapestry that draws together classic elements of fantasy and adventure and has infused her tome with an electricity, a sensuality and hints of eroticism that make for an intoxicating blend of story telling. This is a book to savour with richly drawn characters who occupy a lush, dream like world, vivid in its description and accessible in its execution. The world of Eterna Fadas works on all five sensory levels and Tania's ability to tap into the reader's imagination and draw from it a tableaux that reflects that world before you is a considerable achievement. Equally, Tania's cast, lead by the enigmatic and sensual Tatiana rise from the page - living and breathing vividly as the story progresses. They intoxicate and stimulate as their respective arcs play out. Tatiana, herself is compelling in that she is, in many ways, an avatar of the author herself - resplendent in all of the accumulated experience of Tania's journey through life thus far. 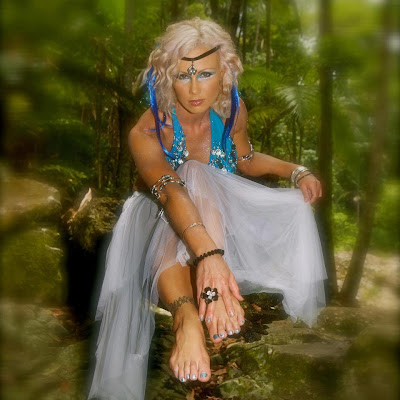 The Tier of Eternal Grace as a literary piece, works on a number of levels and it is an beautiful achievement for an author who has strived to operate on another level with respect to her story telling. There are classic elements with the tome along with similarly fashioned archetypes but Tania takes these to new and exciting places that are thought provoking and refreshing. To say that this book is genre bending is, perhaps, selling it short. "The Tier of Eternal Grace - The Moon Clearing" is a unique work that will stand with subsequent instalments of what will be an eventual three book cycle as magical literary achievement.

As part of the release of the book, Tania has married it to a cause that is very close to her heart.

The Starlight Children’s Foundation transforms the experience of hospitalisation and treatment for seriously ill children and their families - Starlight is the only children’s charity with a permanent , physical presence in very major paediatric hospital in the country.

Tania is a passionate advocate for the Starlight Children’s Foundation. Being a mother herself and having seen first-hand what these children experience on a day to day basis, with such strength and courage, Tania felt the need to not only donate her time, but to also help raise much needed funds.

Every minute of every day a child is admitted to hospital in Australia. For thousands of these children what happens next is the diagnosis of a serious or chronic illness that changes their life, and the lives of their families, forever.

This is where Starlight steps in – delivering a range of innovative programs, built on the World Health Organisation’s social model of health, to support the well-being and resilience of these seriously ill children and their families.

Starlight programs are integral to the total care of seriously ill children – while the health professionals focus on treating the illness, Starlight is there to lift the spirits of the child – giving them the opportunity to laugh and play and be a child again.

Tania has made it her mission to donate to the cause via the marketing efforts surrounding her novel and as such, her feature here will contribute to that.

Tania Elizabeth as an author, writes with a dedication to her style and her imagination that yields rich literary content that transcends audiences and crosses genres. It is artistic and she deserves to be defined as an artist. As a human being, Tania is a rare diamond. Her life experiences, her challenges and her triumphs have all contributed to her discovering her true self and she faces her future serene, peaceful and open to all possibilities.

"You are more powerful than you could possibly ever imagine. Though if you can imagine it and then truly believe in it with not one ounce of a doubt in your mind, then it shall be."

Posted by DeanfromAustralia at 8:31 PM