A couple of weeks ago, I was approached by author Fleur Gaskin to review her debut novel "Arabelle's Shadows".


Now, I don't usually take on books in this fashion, however there was something about this title that hooked me. The ingredients alone didn't necessarily leap out at me - New Zealander, international model, successful career in Asia and Europe. These aren't the sorts of topics that would draw a fairly blokey sort of bloke ... i.e. me -  to a title in and of themselves. But, there were the hints of a darker side, suggested by both the cover and the blurb that drew me in, and I'm glad I stayed to wander through the environment presented by this story.

The guff on Arabelle's Shadows is thus:

Everything in Arabelle's life is coming together. She has confidence, great friends, she's even dating Naak, a wealthy Thai socialite. But there are too many models in Bangkok. Arabelle’s broke, she can’t find an agent in New York, and Naak isn't as wonderful as he first appears.

Slowly the Shadows creep back into Arabelle’s mind, bringing with them thoughts of hopelessness and despair. The vile Shadows know something Arabelle’s refusing to remember and, if she’s not careful, they’ll use it to destroy her. Based on a true story, Arabelle’s Shadows takes us on a journey through the struggles of growing up, not quite making it as an international model, and attempting to overcome a crushing depression... 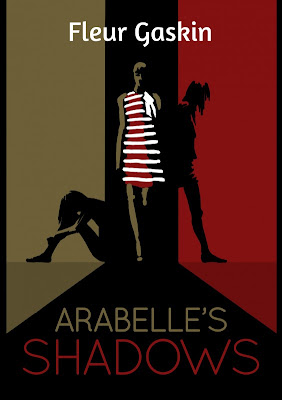 Told in a style that is part diary, part biographical reminisces "Arabelle's Shadows" is an accessible reading experience that brings to life the Asian cities of Bangkok and Hong Kong in such a way that I was reminded a little of Graeme Greene's "The Quiet American" and his own vivid depiction of pre-Vietnam war Saigon. Gaskin paints a convincing portrait of the steamy and exotic within Thailand with its kinetic culture and sexuality. Its adoption of the excesses of the West and their recasting into something quite Eastern is a paradox that Gaskin brings to the page very well and, having visited Thailand myself, I found myself easily transported by her style.

Gaskin juxtaposes these scenes with a complex, reflective tableaux harkening back to her formative years in New Zealand, her beginnings in the modelling industry and her early travelling experiences, all of which inform the main story in a way that has you thinking about the ramifications before they have been revealed.

But it is Gaskin's depiction of depression, that she characterizes as The Shadows, which proves to be the most effective and central success of the book. It is easy to dismiss the hyper-glamour of international modelling, where self obsession, indulgence and excess at all costs are considered something of a job requirement. However, Gaskin reminds us, through her auto-biographical protagonist Arabelle, that behind the glamour there resides people who bring with them a Pandora's box of their human experiences which have shaped them and influence them continually - even though they may not realize it.

Having suffered from depression myself, I found the journey of Arabelle at once confronting, powerful and identifiable. Much of her experience resonated with me and the deeper I got into the book, the more involved I became with it. Her heart rending back story skilfully informs and illuminates the main story in a way that inspires sympathy for Arabelle but more importantly, it encourages empathy and understanding. Arabelle's battle is a courageous one. The path towards self reflection and illumination is intelligently layered and emotionally satisfying. Resolution is implied but it is not wrapped up in a neat bow. Rather, the lesson is that the journey is ongoing.

Arabelle's Shadows is one of those books that should be required reading for any young woman coming of age - in fact anybody coming of age. It is a luminous literary achievement. 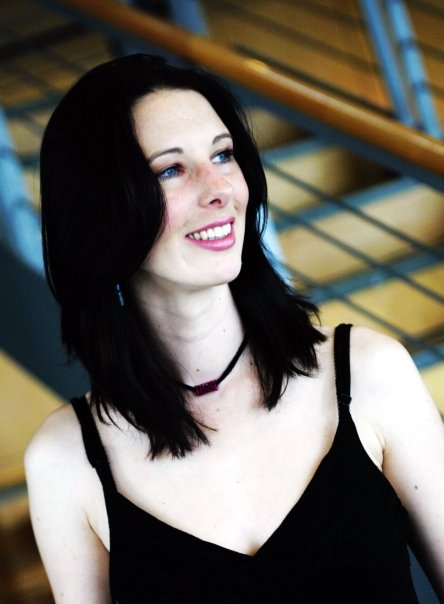 Author and model, Fleur Gaskin hails from New Zealand. She was an international model for six years, working in over ten countries, mainly in Asia and Europe. She has been in TV commercials, walked on runways and appeared in many magazines including Elle, Marie Claire and Vogue.
She presently lives in Shanghai, China with her fiancée.

To complement "Arabelle's Shadows", Fleur Gaskin has launched a web portal called "Fighting The Shadows" which serves as guide to the underlying themes of depression as portrayed in the novel.

Posted by DeanfromAustralia at 8:03 PM