Near Infinite Possibility - There Need Be No Other Title.

My exploration of superb indepedent music has continued unabated over the past few months and I was excited to discover yet another singer/song writer to add to my 'There Need Be No Other Title' series.

Sarah Fimm is an American song-smith and lyricist who has been around the scene since 2001 producing an increasingly varied and impressive body of work. Her music has found wide appeal despite skirting the edges of the mainstream in terms of exposure, but in this day and age of quality indie artists, this is most certainly a plus factor. I'll admit to having arrived at Sarah Fimm's work quite last in the piece, through her free EP release 'Near Infinite Possibility', which she has shared generously through the Frostwire network. This EP is essentially a shortened version of her latest studio release of the same name and I must say it has quickly risen to the top of my preferred playlist. 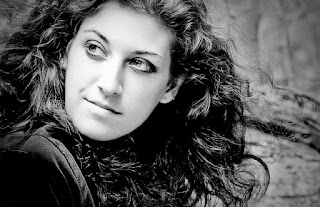 Sarah Fimm has been described as a dark, chaotic mixture of rock and pop with alternative influences. These characteristics are clearly on display in the 5 track EP. Her sound is colored with a smoky melodic rock fused with a euro-electronic foundation. It has been said of Sarahs previous work that it tends towards a sharply electronic focus with her voice lending the only human element to her music. If that is the case, then 'Near Infinite Possibility' marks a somewhat stark departure from what has come before.

Across the 5 tracks of this EP, gutsy guitar riffs are paired seamlessy with polished vocal harmonies on tracks like 'Soul Let Swim' and 'Yellow' while vocally, Fimm presents an ability to range from the hard edges of her heavier rock compositions to her uplifting and quite delicate acoustic numbers such as 'Sing'. I was initially reminded of Evanescence's Amy Lee when listening to the opening track of 'Near Infinite Possibility' but, whereas Lee seems limited to the overtly dark and brooding trademark of the Evanescence brand, Fimm displays much more versatility in her vocal style. There shades of Suzi deMarchi as well - an attractive malevolence that is best exemplified on the track 'Invisible Satellites'. Fimm moves her voice really nicely within the harmonies of her backing vocalists and she can carry it deftly on her own. It is a strong and feminine voice. 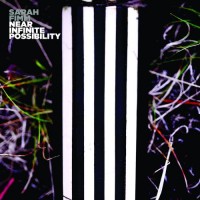 As a lyricist, Fimm has penned songs on the EP that suggest a dark introspection, depression and isolation but there are hints of hope there too, of love and standing tall. Fimm has stepped outside of her comfort zone here in order to showcase her ability to perform, stylistically quite different compositions. She succeeds amply.

Sarah's music has been featured in some eclectic corners of the media landscape. She has paired with the likes of Iggy Pop, Peter Murphy (of Bauhaus) and in 2008 she supported Canadian outfit Delirium.Songs from both her 2001 debut album Cocooned and her 2002 follow up A Perfect Dream have appeared extensively in MTV's Real World and Road Rules series, Miramax Productions' Comic Book: The Movie (directed by Mark Hamill), the feature documentary A Space for Peace and the Lifetime television series 1-800-Missing.

One of the most interesting projects Sarah has helmed is the Karma Phala Project. Released in October 2010, Karma Phala (or "fruits of action), is a combined music and art project that showcases Sarah's talents in depth. The project comprises 31 music tracks and 4 albums of artworks and photographs composed and compiled by Sarah herself. She is distributing freely to those who request it. It is an important body of work that typifies the ingenuity and  passion of artists who are not restrained by commercial shackles and it really is something quite beautiful.

The end result of my discovery of Sarah Fimm is that I have already sought out more of her work. She is an artist of particular beauty and integrity and she represents the kind of quality that is so lacking in the vacuous wasteland of mainstream music today. I totally encourage you to spend some time getting to know her for yourself.

Giveaway ends November 17, 2011.
See the giveaway details at Goodreads.
Enter to win
Posted by DeanfromAustralia at 9:29 AM 3 comments: