Bringing Life To The Undead - Conversations With Stephen Ormsby.

In the past year, I have been encouraged by the emerging ground swell of Australian indie authors onto the publishing land scape. When my novel The Hambledown Dream was first released in 2010, I have to admit that I simply was not aware of my fellow country men and women and I tended to market to a North American audience with a dash of European thrown in. It feels as though the tide has only really shifted in the past six or seven months and I have begun to interact with a whole lot more really talented Australian authors.

Of all the people who have helped me to connect to this vibrant and growing band of story tellers, I count Victorian author Stephen Ormsby as the most important gate keeper in terms of connecting. 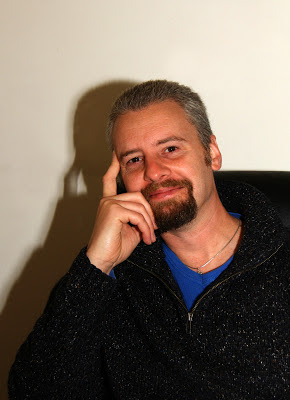 I featured Stephen back in December, when he was doing the rounds for his novel "Long Lost Song" which has become a sleeper hit and has established Stephen as a stylish scribe whose ability to occupy multiple genres is considerable. Whether through scenes of full throttle action, moments of quiet introspection and reflection or words of tenderness and romance, Stephen Ormsby can step into those spaces, live and breathe them and deliver prose in a voice that completely suits that narrative. And indeed, people are sitting up and taking notice of Stephen's talents.

With the launch of his much anticipated new release "Pendant: The Undead Hunters (Book One)" Stephen Ormsby enters into a realm that combines both medieval and modern day action, horror and romance into an incendiary mix. 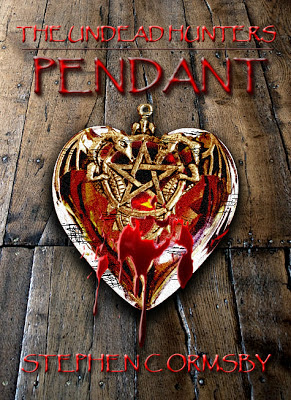 The guff on Pendant is thus;

Varnok the Great Wizard wants revenge against the people who burnt him at the stake for murder three hundred years before. He has waited patiently in Hell for his opportunity.

Now, the Pendant has come together, and the time to make the pay for their actions against him is here. He will release his power upon Earth.

Maggie finds half a pendant in a sea-side market and Logan is given up his by family, forcing the two into a horrific world they had never imagined, and running for their lives.

Will they learn the secret of the Pendant before it is too late?

Will there new-found love be strong enough to stop Varnok, a three hundred year old Wizard from the pits of Hell?

Pendant is the first book in The Undead Hunters series.


I took time out with Stephen this past weekend to discuss Pendant and I started by asking him what was the inspiration for the story and the motivation for entering the genre.

S.O. - After writing Long Lost Song, I wanted to challenge myself with something new (as you do).  My first targets were two loves for me – a horror novel and a fantasy novel.  Horror has been abused lately with sparkly vampires and other not-so-scary creatures.  I wanted to write a horror story that reminded me of the great old horror authors I loved to read in the 80’s and 90’s.  It needed to be scary and have a protagonist you would not want to meet in a dark alley.  In fact, I even used that concept in the book.

D.F.A. - You've introduced into this story, an protagonist/antagonist in Conrad that is a delectable mix of evil and charisma. Where did the seeds for Conrad germinate?

S.O. - Conrad is one bad-ass mother fucker that rides me to death and back – quite literally.  When I wrote that book, I was the nastiest piece of shit that I could be.  He was always there, demanding, prompting, poking at me.  I have never been so glad to kill a character as I was when I reached the end of that book.  As I was writing Pendant, I knew how he had come to me that way, and felt that I needed to write that story as well.

D.F.A - Yes indeed! The prequel novella "The Road To Hell" sets up the character of Conrad/Varnok, explaining just how Conrad becomes Varnok. The prequel idea works very well as a accompanying piece but it also served in drawing audiences to the world of The Undead Hunters. You display a phenomenal work rate in both these pieces. Just how intense was the writing process for Pendant and Road To Hell? 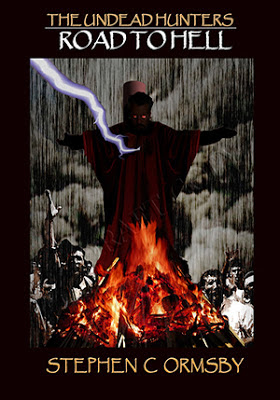 S.O. - This book was FAST – yes, with capitals!  I wrote the first draft of 72,000 words in 22 days flat.  It burst from me, as did the alien from John Hurt’s stomach in Alien.  I could not slow it down, not that I wanted to really.  Writing that fast, whilst knowing that bad things are coming for everybody, adds an intensity that I enjoyed in the writing.  I think, though, some of it was due to the fact that I wanted to be rid of Varnok.

D.F.A. - The world you've created in dense both in scope and texture and nuance. Was there a research curve involved in bringing life to this world?

S.O. - Would you believe none!  This was the first book I've written that required or needed no research.  The continuing journeys of Varnok, Logan and Maggie will require a lot more research though, given where they are going next.

Stephen Ormsby's writing talent is considerable, as we've clearly established, but another strength of the overall package is the amazing cover art that Stephen commissioned for the project. Stephen's wife Marieke designed the striking artwork for both the novella and the novel. I asked Stephen what he was looking for in the cover design. 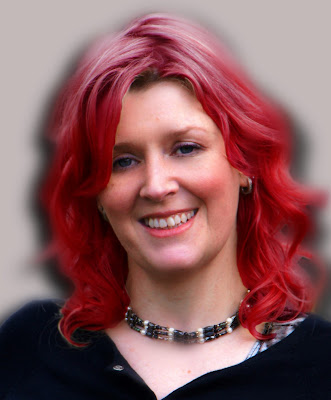 S.O. - For Road to Hell, I had a real idea of what I wanted.  The pyre both opens and closes the short, so I thought it was the only image that would really work.  Finding such an image is a tougher job!  Marieke puts in a huge amount of work on all of my covers.  Each one adds another element to the story I feel.

For Pendant, I had a different design in mind for Pendant - and for the pendant itself. It evolved into a much plainer pendant really.  Marieke took off with my concept and came back with the cover you see.  I had to work my way through the book to add details about the pedant after that.  Still, the result is brilliant and captures my head snapshot perfectly.

D.F.A. - It's clear to me that you and Marieke work closely together. Can you describe the process in designing the cover art?

S.O. - Marieke and I discuss the elements we want on each cover.  We see this part of the book creation process as integral to the overall package.  She works with my words and concept, and has always came back with something that has blown me away.  So far, I don’t think that we have disagreed to a cover.  I know Marieke has changed a couple with added details, but the initial concept and thoughts we had have always remained.

With the release of Pendant, Stephen has embarked on a marketing campaign that has seen him invited to the Australian Pop Culture Expo "Supanova". Through these events, Stephen has tapped into a readership that is enthusiastic for the genre he explores with the novella and the main novel. I asked Stephen how this wonderful opportunity came about.

S.O. - I was discovered by the Dymocks organiser, Sandra W.  Out of the blue, she asked if I’d liked to be involved. (my wife) Marieke had to keep me from falling off my chair.  When I could talk again, I quickly agreed to Melbourne, which was the first.  Soon enough, she asked me if I’d like to do the rest.  Such opportunities don’t come often, so I jumped on the bandwagon very quickly. 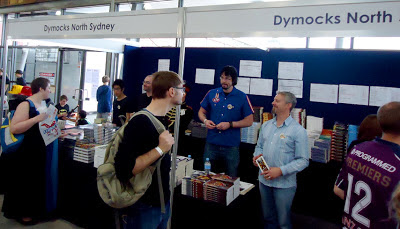 S.O. - Supanova is massive!!  It is incredibly weird to be on the other side of the desk, being stared at instead of staring.  The people that have passed and asked questions about my book just blow me away.  They buy and then ask ever so nicely if I’ll sign it too.  I sold a huge number in the first two conventions and it bolsters the ego to know and find your audience.

Once you get in and start talking to these people, you feel so validated as a writer.  They have all been through the same thing and they are so generous with their time.  I am already looking forward to Sydney and Perth with a new stack of books to sign and sell.

Stephen Ormsby has quickly established himself as an author whose work offers much. His clear love for the craft is evident in every word he writes and his enthusiasm shines best when he challenges himself to explore different genres and in many cases combine them.

He's kind of like a mad scientist who struck genius rather than blew up the lab. With "Road To Hell" and "Pendant", Stephen Ormsby weaves a thrilling, horrific and mind bending tome that screams success.

Posted by DeanfromAustralia at 6:26 PM