The recliner chair sits in the middle of a sparse living room, its moth eaten fabric dirty with age and neglect. A small, wooden block sticks out from one corner of the chair, having been employed to prop up one of its broken legs. From behind, one could be forgiven for thinking that this chair is the sole occupant of the room - a forlorn relic, long overdue for the rubbish dump, yet it remains in use. The living room is dark, colourless - the drab grey of a tenement flat. Long shadows, cast by fading light through Venetian blinds project like gnarled fingers into the crevices of the musty room. The air is stale, filled with strange odours. A layer of dust coats everything.

An ageing television set sits on a rickety cabinet before the chair, casting garish light that clashes with the shadows across the water stained walls of the flat. The television's volume is muted. The only sound at all comes from a small mantle clock that sits on a thin shelf above a gas fired heater. Its steady tick-tock, announces the passing of time with surety.

In the recliner, a man of an indeterminate age is slouched over and fast asleep. Hiss glasses, reflecting the imagery from the television screen, sit at a precarious angle on the edge of his nose. His silvery hair, matted with grease is combed severely to one side. Flakes of dandruff are sprinkled across the shoulders of his tartan dressing gown. A small globule of saliva clings by a glistening filament from the edge of his mouth. It threatens to fall and soak into the collar of his pyjamas. A newspaper, held in his slackened grip lies across his chest. Several pages have fallen and lie at his feet. 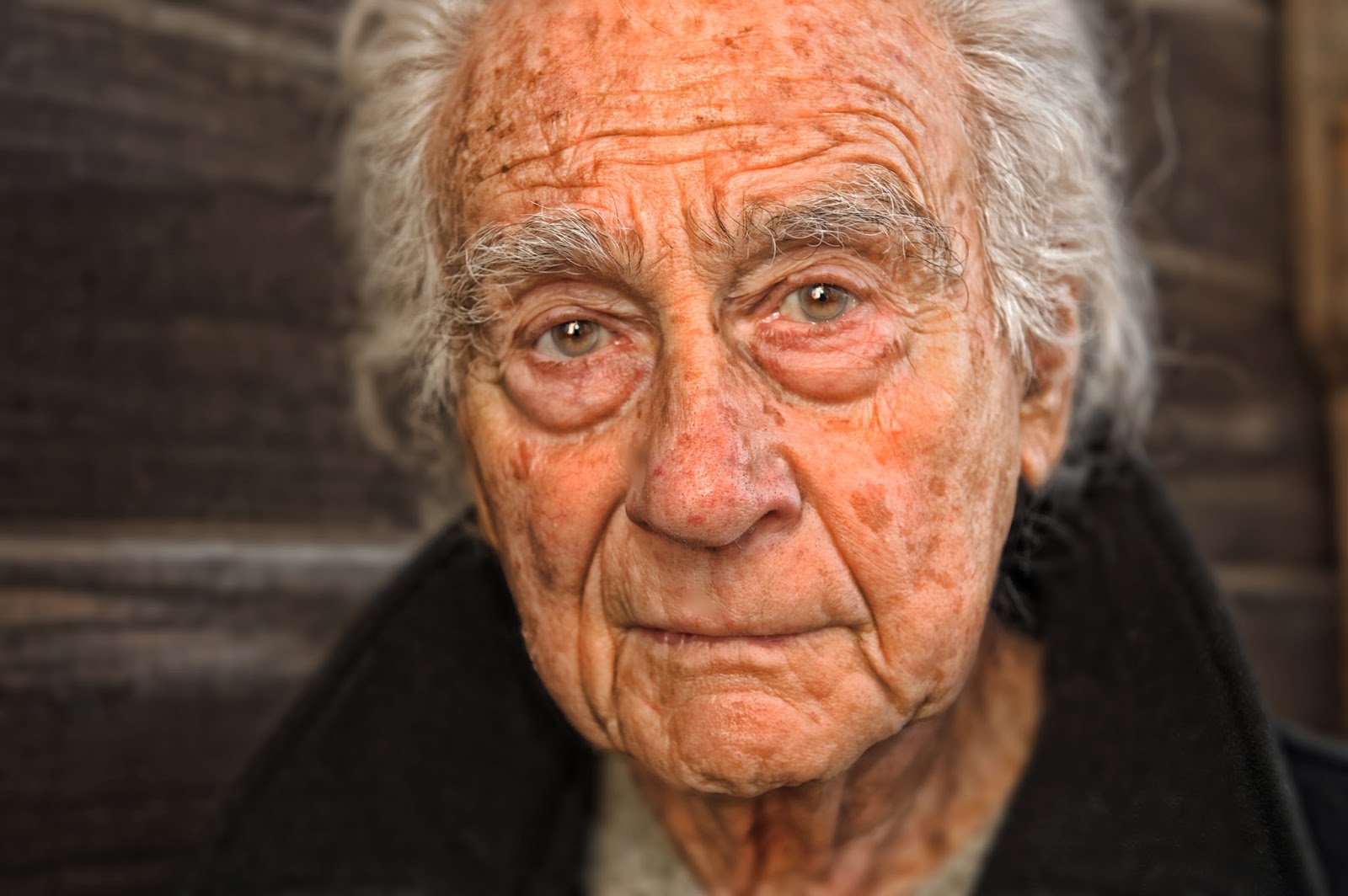 The hands of the mantle clock tick over to the hour and its mechanism whirs to life. The clock chimes six times into the darkness of the room, loud enough to wake the man from his slumber. He flinches in the chair. Arms flail and he tosses the newspaper into the air; its pages taking flight all around him, before floating gracefully downward and settling on the floor and on the man's face. Disoriented, he swats angrily at the newsprint, bucking in the recliner until he frees himself of his paper enemy, then he slumps back, weary from his exertions. He looks around the living room, fumbling for his glasses with arthritic hands.

He tries to remember what he was doing before he'd drifted off to sleep. Very little, evidently. He'd woken early but hadn't bothered changing out of his pyjamas. Nor had he yesterday...or the day before. Lifting an arm, he catches the musky scent of his body odour and screws up his face at the smell.realises he has barely moved from his chair since this morning. The only exception was the short journey he'd made from the chair to the kitchen several hours ago to retrieve a frozen dinner from the refrigerator, which he had set on the bench to thaw. He'd returned to the chair, sat down with his newspaper and turned on the ancient television set. It is the exact same routine that he has observed every day...for what feels like years.

There is little incentive to do anything else. He is years into a retirement that he has never, really come to grips with. He knows no-one any more. His friends are long gone. His family are living too far away and are too disinterested in him to care.

He is a forgotten soul, lost in the multitude of square windows of the tenement...


To read the full version of "Feast", contact Dean today to receive the ebook by email. 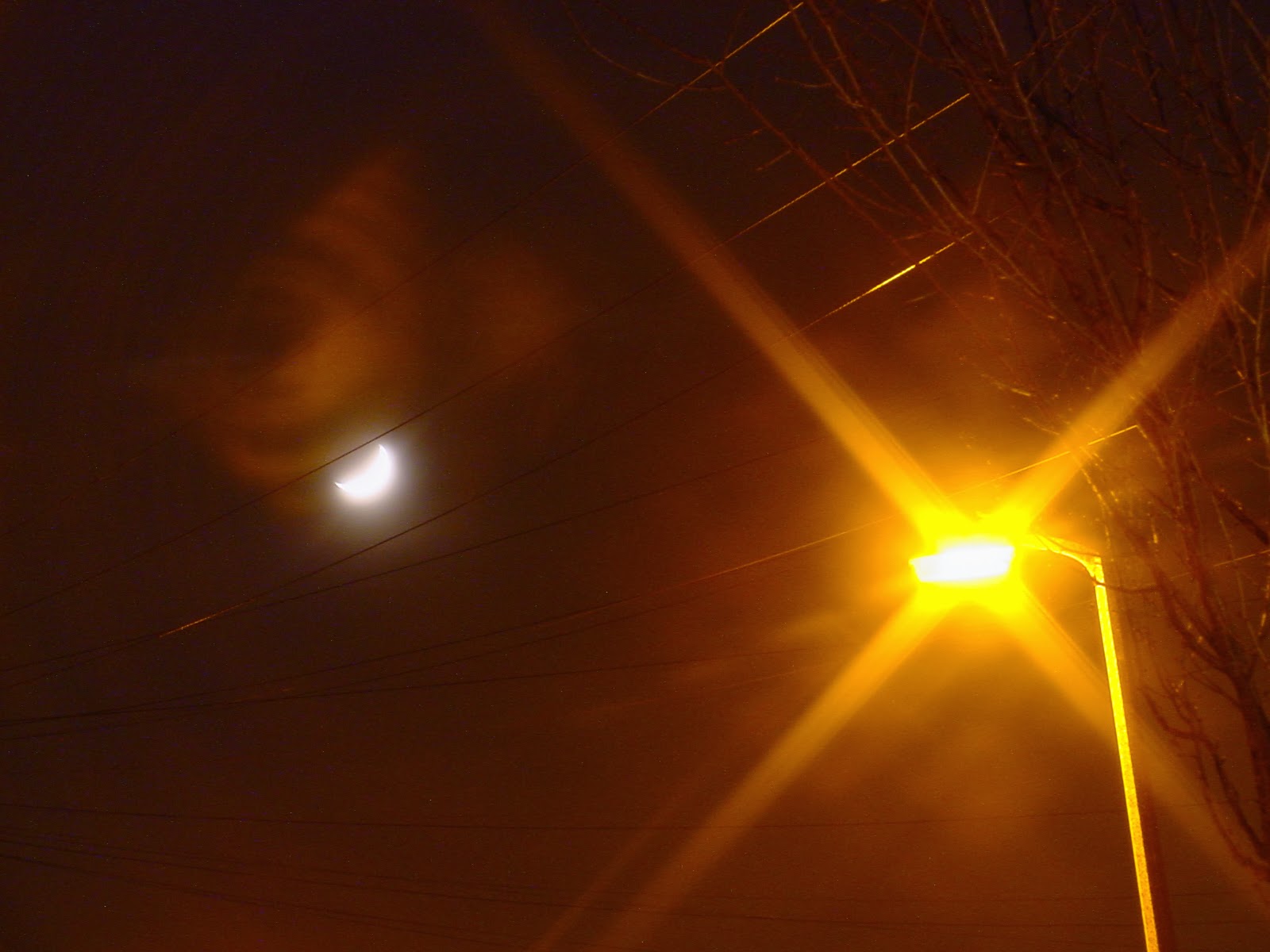 Over the weekend, my children experienced the reality of death and dying. There was an awful sound coming from the toilet fan this afternoon. Upon popping the cover, a poor little mouse was hanging, trapped between the blades. My daughter Lucy gasped upon seeing it. But I gasped when I gently tried to extricate it from the fan and it squeaked in desperation, clawing at me to free it.

It was still alive.

With great care, I was able to get the little critter down and, with Lucy's help we made a little bed for it in a margarine container. The mouse was severely shocked and undoubtedly injured but, as the old saying goes, where there's life, there's hope. Lucy sat with the mouse, cradling the margarine container, weeping softly and asking me if she was going to be alright. I told her I didn't know but if you stay her and let her know you're there, that would be very good. That might help.

After a couple of hours, the dear little mouse, quietly slipped away on her little bed of Kleenex. Lucy said a little prayer and we gently put the lid on the margarine container. We buried it in the garden.

Life comes and it goes. How each life affects us, makes all the difference.


Posted by DeanfromAustralia at 6:41 PM No comments:

Evanescent, in definition - soon passing out of sight, memory, or existence; quickly fading or disappearing.

This week, I'm welcoming back South African author Carlyle Labuschagne - an author of whom I have become a huge fan. On the eve of the release of the highly anticipated follow up to her 2012 debut novel The Broken Destiny, I'm excited to be featuring "Evanescent - A Broken Novel".

Upon its release, the epic dystopian fantasy "The Broken Destiny" and its multi layered heroine in Ava, was an immediate success and I remarked at the time that it was a richly constructed tale, with a narrative that drew upon classic elements of fantasy which Carlyle brought her own signature to. It was also crafted in a style that is highly visual, influenced by Carlyle's love of imagery and photography. I noted in doing some background research for my original feature on Carlyle, that she observes color and life in her photography with an astute eye and this was borne out in the original novel. Her characters too, were easy to invest in - an important quality given we knew then that this was to become a trilogy under the title 'The Broken Series'. 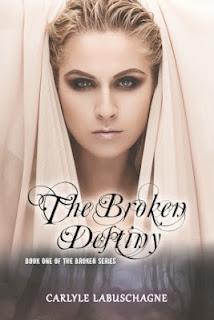 And now Carlyle returns with "Evanescent - A Broken Novel" which continues the journey through her fascinating world and pits Ava against greater peril, heightened stakes and battle that rages as much within herself as it does around her. 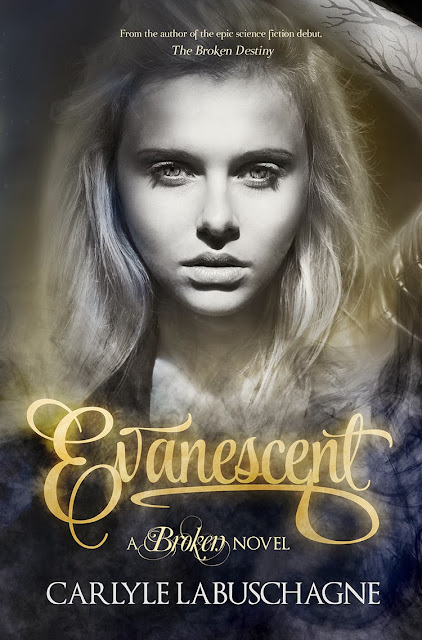 Her fall has just begun. Only his touch can save her from the shift that could destroy it all.

Within my blood runs a thing our kind calls the Shadowing Disease. It shadows over, and bends everything to its will. When the first blood- shift came, it tore through flesh and blood, threatening to bend me, break bone, shatter my mind and entrap my heart with its honeyed, seductive poison. It came with vicious intent, moving my thoughts and altering me forever.

The shift has caused a rift within me. No one was safe when it entrapped me in its claws of foul lust. But I have the only antidote against the evil that becomes me – his touch alone has the power to release the spurs of sweet darkness that clung on for dear life. I knew what I had to do; the desperation pulled my mind with the deep determination of a hungry predator. By the time the revelation raised me from the dark dungeon of my bounds – it might have been too late. 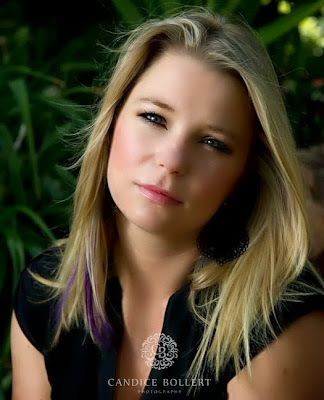 Carlyle Labuschagne is a South African author who has quickly established herself as a skillful story teller. Readers all over the world took Carlyle into their hearts with her first entry "The Broken Destiny". Not only an author, Carlyle works as a sales rep and marketing manager by day. She holds a diploma in creative writing through the writing school at College SA.

Carlyle loves to swim, fights for the trees, and is a food lover who is driven by her passion for life. Carlyle also writes for IU e-magazine India, an inspirational non-profit magazine that aims at inspiring the world through words. The drive behind her author career is healing through words. Carlyle is also the founder of the first annual book drive – Help Build A Library in Africa Project.

“My goal as an author is to touch people’s lives, and help others love their differences and one another.”

With a global launch date of November 16th, Evanescent - A Broken Novel, promises to deliver more of the epic ingredients of dystopian fantasy and sumptuous story telling that made "The Broken Destiny" a resounding critical success with readers.

Mark your calendars and fire up your readers now.


Join Dean's Campaign to market "Gifts of the Peramangk" in the United States.