Today, I'm pleased to present the international teaser trailer for my upcoming new novel "The Recipient" which will be hitting book shelves in October.

May I recommend that you place a pair of headphones on and crank the volume up loud to get the full effect of the pretty kick arse audio that accompanies it. Featuring music by Aberdeen based band ElevenEleven and imagery gleaned from the evocative cover art by Michelle Halket, this exclusive sneak peek gives a tantalizing glimpse of the dark world illustrated in the novel.

To celebrate this release and because I want this trailer to get in front of as many eyes as possible,  I am going to offer 3 lucky readers the opportunity to win. Up for grabs, is a signed print copy and 2 digital copies of the The Recipient.

To be in the running to win, what I need you to do is the following:

This competition is open until midnight on Sunday June 7th 2015. I will announce the winner here at Dean from Australia thereafter.

Now, it doesn't matter where you are in the world, you are just as eligible for the print prize as those entrants here in Australia. I will be happy to ship you a copy to your home address.

DFA.
Posted by DeanfromAustralia at 7:40 PM No comments:

Last weekend, I braved a dodgy internet connection between myself, here in Adelaide, and the delightfully delicious Georgina Penney who was broadcasting from Aberdeen, Scotland, so that I could participate in Georgina's "Bookish Tarts Podsnuggle".

In a roughly 20 minute interview, Georgina and I discussed writerly topics, including how my blog became my first novel (The Hambledown Dream), how my "Close Talker" tendencies have nearly gotten me a punch in the face and why I am drawn to strong, female characters in my writing. 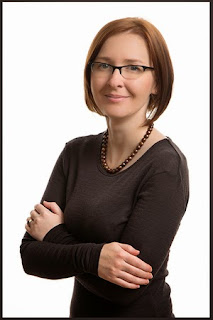 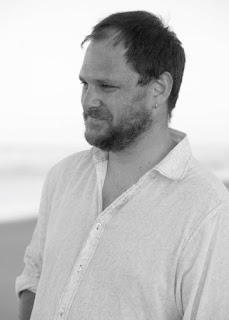 Ours was a fantastic conversation and it can be heard now via the Soundcloud app which is available for Apple & Android devices, as well as PC.

The Bookish Tarts Episode 24: Dean Mayes & Taken By The Toaster. 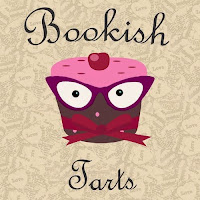 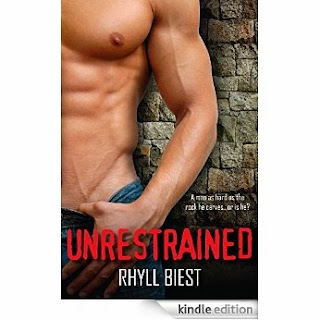 Posted by DeanfromAustralia at 8:04 AM No comments:

When A Period Is As Good As A Punch In The Face.

One of the biggest challenges I face as a writer is the scourge of repetition.

It seems embarrassing to admit to it but I know I'm not unique. So today, I want to talk to you a little bit about repetition in writing.

When I sat down with the first completed draft of my manuscript for The Recipient, I was quite shocked at the amount of repetition I found littered through out the document.

Actually, I wasn't so much shocked as I was FUCKING HORRIFIED.

I have always been aware of my tendency to over use certain words, such as frustrated, panicked, malevolent, quipped, murmured, muttered and shocked (pun not intended). While these words, in isolation, aren't particularly extraordinary, when they begin popping up more than a few times per chapter, things quickly get to be a touch screwy. If there was a gold medal on offer for the most frequent use of these words, you can bet your arse I would win that medal...and probably the silver and bronze as well. To me, they felt safe. Too safe, as it turns out.

The use of exclamation points was another (parasitic) feature of the early draft. Ellipses too an hell, while we're at it, let's round off with a trio - because that's always good - italics. I very quickly realised that they were present on virtually every second page and I clearly remembering exclaiming - "Who Does That??!!"

I suppose it's because I spent a lot of time trying to clearly convey the impact of a plot point or a line of dialogue. In the case of exclamation points, they are rather idiot proof. But therein lies the problem. Readers are not idiots. Exclamation points have more punch if they are used sparingly and, more often than not, they don't need to be used at all. There is nothing like a period to add the punch you are looking for. 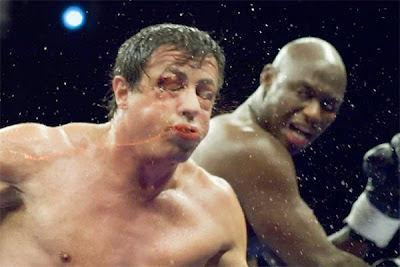 Ellipses are one of those grammatical devices that I frequently employ in the mistaken belief that I'm adding more to a scene or a line of dialogue - uncertainty, for example, or a moment of reflection. Again, there a better ways to achieve this that are much tidier.

Likewise, the actions of characters can run the risk of being repeated ad-nauseum - or, in my case, to the point of projectile vomiting.

A perfect example of this is "she/he shook her head...[insert emotional state here]". Another is the use of a " wry smile".  I did not realize just how pervasive these phrases were throughout the early draft of my manuscript but it became hair tearingly apparent to me as I delved deeper into my revisions.

Seattle based author, Molly Ringle, told me recently that you can get away with one or two instances of these in any given work, but anymore than that and you can find yourself with a mightily annoyed reader.

The task I set for myself in the early stages of editing was to identify instances of repetition  - and junk about 75% of them.

Having found each one and assessed whether they were needed or not, I then thought about alternative words, phrases and actions that would suit as a replacement. Now this doesn't mean you have to arm yourself with the thickest thesaurus you can find and search for the most flowery, literary alternative. In my case, simply removing the "wry" from a wry smile was enough on its own. People are allowed to just simply smile. If a descriptor for said smile is necessary, know that there are more ways describe a smile. In other instances, where impact was what I was after, the period was all that I needed.

When you're in the thick of writing a first draft, it is easy to overlook repetition and its easy to be unnerved when you look back on what you have written. However, having said this, one shouldn't necessarily fret about it. That's easy to say here but, trust me, I am an expert worrier so I know how fretting can trip up your momentum. Knowing that you're going to be revisiting the text in subsequent drafts should nullify any worries. In the beginning, getting words on the page is what counts. You are going to be getting more than one set of eyes on your work later on too. That will go a long way in helping you achieve a succinct and repetition free manuscript.

So how about it? What have been your experiences with repetition? What words, phrases or actions have you been known to flog like a dead horse and what did you do you to eliminate them from your writing?

Posted by DeanfromAustralia at 8:24 AM No comments: