Being The Irrepressible You - Revisiting Georgina Penney.

Irrepressible You by Georgina Penney

It isn't until Amy discovers the extent of his betrayal that Ben begins to realise just how badly he's cocked up the best thing that ever happened to him. But is it too late?

There is something addictive about Georgina Penney's story telling.

Actually - there's plenty that's addictive about Georgina Penney's story telling and it has certainly entrapped me since I entered her world through the doors of "Fly In Fly Out" which serves as the prequel to this title. I greedily gobbled Irrepressible You up over the past week, gleefully returning to the world of the Blaine sisters Jo and Amy. Where Jo took centre stage in the previous novel, the one thousand watt Amy gets her chance in the spotlight here and it was just a delight to see the world through her eyes. I have to admit to having something of a major crush on Amy and I found myself feeling the occasional pangs of jealousy as she traverses the tight rope of romance with English journo/comedian and sometimes *complete* horses arse in Ben Martindale.

Irrepressible You is packed full of Penney's signature wit, attractive characterisations and vivid imagery - particularly Western Australia's cosmopolitan capital Perth and the gorgeous Margaret River wine region. Penney has a skilfull sense of comic timing and she can quickly switch to moments of deep emotion, heartwarming sincerity and unbridled, crackling passion. All these combined make Irrepressible You such a satisfying romance and I was left, at the end, with my cup full but my heart aching to go back their and spend more time at Babyface/Gentlemen Pefer Blondes. 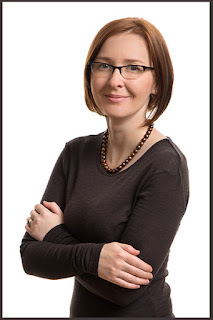 Today she lives with her wonderful husband, Tony in the Scottish wilds surrounded by hairy coos and far too many procreating rabbits.

View all my reviews
Posted by DeanfromAustralia at 2:45 PM No comments:

So...we're fortunate in our household that both our children have taken to reading and story telling with the kind of enthusiasm that makes bedtime a welcome part of the day. My wife and I take it in turns (mostly) to read to the children, swapping between our 9 year old son and 6 year old daughter.

A few nights ago, my daughter Lucy, asked me - quite out of the blue I might add - what a podcast was. Apparently she'd been talking to her school friends and they were discussing story telling podcasts. I've no idea which ones they were talking about but Lucy told me that she wanted to do a story telling podcast of her own and could she and I record one.

Evidently, the ability to record audio nowadays is pretty easy, so we decided to have a crack. So in the interests of sharing, I'd like to present to you our *ahem* attempt at story telling with a short read through of "The Night Fright" from the popular Australian "Billie B. Brown" children's books by Sally Rippin - one of Lucy's favourite authors. 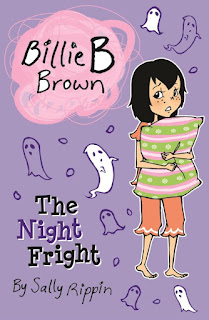 Billie loves hanging out with Rebecca's older sisters. They make her feel so grown-up! But is Billie grown-up enough to handle the scary movies they like? 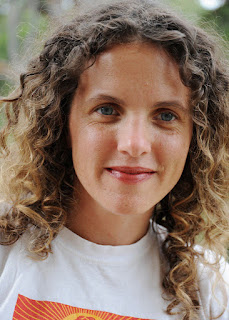 Sally Rippin was born in Darwin and grew up in South-East Asia. As an adolescent she studied traditional Chinese painting for three years in Shanghai and Hangzhou. Returning to Australia, her time overseas inspired her first novel Chenxi and the Foreigner. Sally has also written and illustrated many books for children, including titles from the Go Girl and Aussie Bites series and the popular Fang Fang stories. She is also the illustrator for many others, including the recent Me, Oliver Bright (2009) by Megan de Kantzow and Mannie and the Long Brave Day (2009) by Martine Murray. Sally lives in Melbourne and writes and illustrates full time.

Run time is a little under 15 minutes and we had a lot of fun recording this at bedtime.