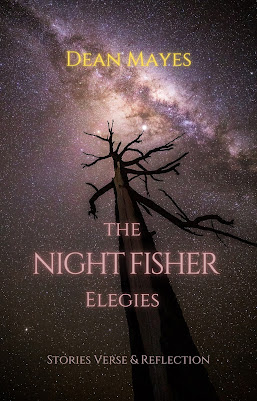 Taking the reader on a journey through love, faith, death, grief, family and dreams, “The Night Fisher Elegies” weaves together powerful explorations of humanism, moments of reflection tinged with melancholy and short verses, which inhabit the sometimes brutal landscape of self examination.
Dean wanders through a palace of memories contained within nostalgic love, experimenting with style, tone and character. He poses questions for the reader to ponder and wrestle with and offers pieces designed to evoke and provoke, while others are simply present as meditations to inspire and affirm.
Drawing inspiration from literary heroes such as Jim Harrison, Rainer Maria Rilke, Albert Camus, Charles Bukowski & Seamus Heaney this collection brings together pieces from over 10 years of writing and creating. “The Night Fisher Elegies” showcases Dean Mayes’ literary style across short fiction, ghazal poetry, short form essays and personal reflections.
Available Now from Amazon US, Amazon AU, Amazon UK, Dean from Australia.
THE ARTISAN HEART.
ISBN 978-1-77168-142-1 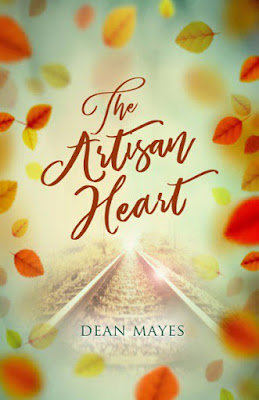 Hayden Luschcombe is a brilliant paediatrician living in Adelaide with his wife Bernadette, an ambitious event planner. His life consists of soul-wrenching days at the hospital and tedious evenings attending the lavish parties organized by Bernadette.

A chance encounter with a precocious and deaf young girl introduces Hayden to Isabelle Sampi, a struggling artisan baker. While single-handedly raising her daughter, Genevieve, and trying to resurrect a bakery, Isabelle has no time for matters of the heart. Yet the presence of the handsome doctor challenges her resolve. Likewise, Hayden, protective of his own fractured heart, finds something in Isabelle that awakens dormant feelings of his own. 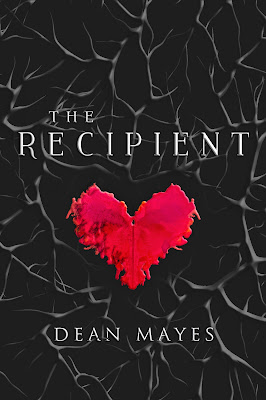 Casey Schillinge is a vivacious young woman on the verge of making her mark on the world. While backpacking through South East Asia, she is struck down by a tropical disease and suffers cardiac failure. But at the eleventh hour, Casey receives a life-saving heart transplant - and a rare second chance to begin again.

Three years later, Casey has become a withdrawn shell of her former self: she is estranged from her loved ones, afraid of open spaces and rides the line between legitimate and criminal work. The worst of her troubles come in the form of violent night terrors; so frightening that she resorts to extreme measures to keep herself from sleeping. When she can take no more, she embarks on a desperate search for the source of her dreams. ​In so doing, she makes a shocking discovery surrounding the tragic fate of the donor whose heart now beats inside her chest. As she delves deeper into the mystery of her donor, she realizes her dreams are not a figment of her imagination, but a real life nightmare. 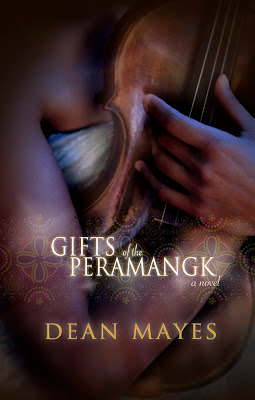 In 1950s Australia, during the height of the divisive White Australia Policy, Virginia, a young Aboriginal girl is taken from her home and family and put to work on an isolated, outback station, in the cruellest of conditions. Her only solace: the violin, taught to her in secret by a kind-hearted white woman - the wife of the abusive station owner. However, Virginia's prodigious musical gift cannot save her from years of hardship, abuse, and racism. 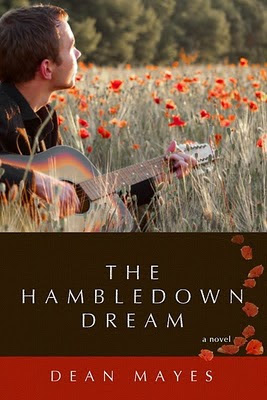 The moving first novel by Australian Pediatric Nurse, Dean Mayes, about a young man whose spirit refuses to die.


Australian, Denny Banister had the world at his feet; a successful career, a passion for the guitar and he is in love with Sonya – his best friend and soul mate. Tragically, Denny is struck down with inoperable cancer & he is destined to die.

Meanwhile, Andy DeVries has almost nothing; he is alienated from his family, he moves through a dangerous Chicago underworld dealing in drugs, battling addiction. Now he’s gone and overdosed - jeopardizing the only thing that matters to him; a place at a prestigious Conservatory for classical guitar.

Having been snatched from the abyss Andy recovers, but he is plagued by dreams - memories of a love he has never felt, and a life he's never lived. Driven by the need for redemption and by the love for a woman he's never met, Andy begins a quest to find her, knowing her only by the memories of a stranger and the dreams of a place called Hambledown...