I experience periods of self loathing at least ten times a day.

Sometimes, they occur for no other reason than an autonomous biological chemistry in my mind. Sometimes, they are a product of my own idiocy - or inadequacy - or both.

I don't set out to be an arsehole. I know, deep down, that's not me.

But things in this world scare me. Everything I thought I knew about it is slowly and surely deconstructing.

It's not enough for me to accept things as they are. I feel as though I have to challenge the orthodoxy, because I fear there is something inherently wrong with it. I fear it is out of control. I feel I need to stand apart from the group think.

But, when I walk into an unfamiliar room, engage with a stranger, question them...

It's bound to come undone and I know this - implicitly - before it even happens. 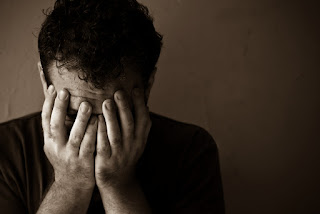 Yet I barrel forward anyway. Because, somewhere in the corridors of my mind - my conscience - I hold something that is well meaning. An important point of view. My attempt to question - mentally - is honorable.

I am an incompetent driver of this vehicle. And I know, even before it happens, that only one thing *can* happen.

I will crash and it will be destructive.

The older I get, the less certain I am of everything. I realize know very little. My thinking is limited. I am constantly plagued with doubt.

I wish I were different. I wish I had the confidence, the nimbleness of mind to be more considerate in my discourse. Respectful.

I am governed by an experience - a series of experiences - I wish I'd never had.

Is that it? Who knows. I'm too dumb to know myself.

Posted by DeanfromAustralia at 3:44 AM No comments:

Social Media Outing - The Weinstein Factor & The Risk Of Getting It Wrong.

I've been wrestling with something recently that has seen me run afoul of a few people.

It has to do with the issue of publicly outing individuals - via social media - who have (allegedly) sexually harrassed or committed acts of sexual violence.

This was inconsiderate and rude on my part.

With the now proven allegations of multiple instances of sexual violence committed by Harvey Weinstein and others, there has been a daily procession of men being outed via social media for their behaviour. In some cases multiple women have publicly accused the same individual of sexual harrassment/violence. Such instances are undoubtedly worthy of investigation and I believe that law enforcement agencies should be rallied to investigate those instances to the fullest extent.

But here's the thing.

With the daily procession of new accusations appearing on social media, particularly Twitter and Facebook - some quite serious accusations - I am growing increasingly concerned and I question the wisdom of using such platforms to "out" perpertators of sexual harrasment/violence.

Publicly accusing individuals of sexual harrasment/violence removes the long held legal maxim of innocent until proven guilty. If so many of these instances are being publicly declared, it creates a web of enquiry any investigative process couldn't possibly hope to explore and prove.

A common argument I've seen made is that law enforcement agencies and legal institutions repeatedly fail to act in investigating cases of sexual harrasment/violence. But how can they hope to act when allegations are publicly expressed and commented on, on social media jeopardizing any chance of an effective investigation?

Another argument I've seen is that reporting services and support for victims are inadequate or non existent.

This is simply not true.

A search for reporting and counselling services across major cities world wide throws up numerous and well resourced organizations who are especially equipped to help individuals - men and women - who have experienced sexual harrasment/violence. They have established links with law enforcement agencies and health organizations who can continue with support and guidance.

The risk with social media is that it cannot be vetted. Accusations posted on social media cannot hope to be tested throughly, nor can support for victims hope to be anything close to adequate.

I posed these questions in an extensive Twitter exchange with several people yesterday, as the result of my questioning the wisdom of publicly outing someone accused of committing acts of sexual harrassment/violence.

I was attacked, ridiculed and received both death and rape threats. All because I dared to question the calling out of someone's behaviour publicly.

Social media has given people all over the world a platform to express themselves in all kinds of ways. This is both good and bad.

I believe the trend of publicly outing individuals is dangerous and it *will* lead to an instance of someone - who is completely innocent - having their life destroyed as a result.

What do you think? Am I wrong?
Posted by DeanfromAustralia at 12:02 AM 1 comment: