Delayed Devastation & The Abandonment Of #MeToo.

21 years ago, when I was a junior RN at the beginning of my career, I was sexually assaulted by in my workplace.

The assault involved two individuals, who were senior to me. They herded me into a confined space, and proceeded to taunt me, touch me inappropriately, I was penetrated  digitally. I did not invite their advances, nor did I give permission. I was manipulated, forced into enduring their attack.

The incident occured out of hours. There were no witnesses to the incident other than myself and the two individuals involved. I was given no ability to escape the the situation. I was shocked and devastated.

When I attempted to report the incident, I could not have anticipated the reaction I received. A meeting was arranged with with senior people. I was given no opportunity to arrange a support person to attend with me. Once in the room, I detailed the incident.

I was told that these were very serious allegations. I was asked if I recalled the incident accurately (the meeting occured within a few days of it having occurred.) I was informed that my abusers denied any involvement in what had occurred. Further, I was advised there were very serious consequences of making allegations of this gravity.

I was then told that the incident never happened and that if I pursued my claims that I would not work as a Nurse anywhere in the future. I was then put on a "probation period" in which my performance would be observed at monitored.

How does a 23 year old, junior male nurse, deal with this?

In the aftermath, I was devastated. I felt isolated, marginalised and I suffered under the weight of intense scrutiny for which I had no support, no counselling and no recourse.

I suffered bouts of depression, anxiety, guilt and shame that was so intense, I was pushed to the edge. 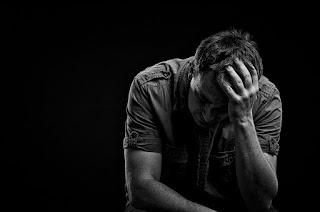 Yes, I was suicidal and yes, there were three occasions where I attempted to take my own life.

I know what happened was real. I was, essentially, raped in my workplace.

Seeing that I had no power to do anything about the experience, I closed down and compartmentalized the experience and the ordeal, burying them so deep in my psyche so that I could (somehow) function. I developed a way of coping - but I never dealt with the damage wraught on me.

With the emergence of the #metoo movement last year, my exposure to the countless stories of abuse and survival being shared, I unlocked the chest that held my own experience of abuse and I  looked at it anew for the first time in 20 years. 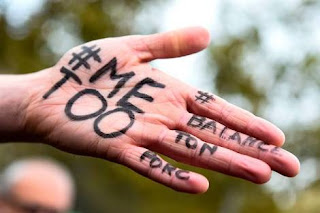 Revisiting the experience, my reaction to it and the subsequent emotional devastation I experienced as a result of being ignored and threatened, I was confronted by 20 long years of unresolved emotional baggage that had affected me.

It took me a long time to acknowledge the reality of what had occurred. Seeing similar experiences being shared, I was encouraged by what I thought was a positive movement that would treat my ordeal with empathy and compassion.

I shared my experience.

The reaction was a swift and as devastating as the intial reaction I received to my account of sexual abuse.

Suspicion. Disbelief. Minimisation - all coming from within this movement that was supposed to empower voices and embrace survivors. I felt as though I had been raped all over again.

See - I don't fit the narrative. I fall outside of the accepted identity of a sexual abuse survivor.

I was a male victim of sexual violence, perpetrated by women. Like the administrators who interrogated me in the aftermath of my abuse, many within the #metoo movement doubted that such violence could happen to a male by a female. I'd remembered it wrong. My recollections must be doubtful. This couldn't have happened to you - a man. It was made clear to me that, at this time, this fight is not about you. You can't be a part of our narrative because - as one particularly militant tweeter articulated it - "You have a dick."

In the course of the fight, there will be victims. Males are collateral damage in this - Male victims and Male accused (whether they are innocent or guilty).

I'm considering all this, at a time when there is incredible scrutiny being brought to bear on the nominee for the Supreme Court in the United States, Brett Cavanaugh. 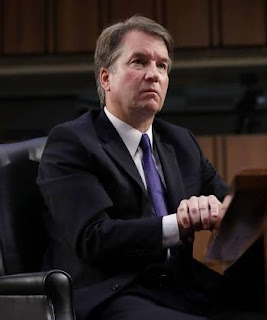 You might be surprised, given all I have detailed here, that I have questions about the claims and counter claims swirling around Christine Blasey-Ford and Kavanaugh. In no way do these questions  discount the possibility that Blasey-Ford is telling the truth. It is simply a dispassionate observation that Blasey-Ford has not presented compelling evidence that establishes fact. Like me, she may never be able to.

At this time, Brett Kavanaugh is an *alleged* perpetrator or sexual assault - *alleged*. A formal FBI investigation would, in my view, be the most appropriate way of establishing fact. That should happen and, until such time as that investigation is completed, Kavanaugh's nomination should be withdrawn.

Further, this whole spectacle should be completely removed from the public gaze - for the sake of Christine Blasey-Ford as much as anyone.

There is a further concern I have, which relates to the conduct of the various actors behind both Blasey-Ford and Kavanaugh. I believe there are competing agendas at play that have less to do with the truth of Blasey-Ford's ordeal or the guilt or innocence of Kavanaugh or the truth of the claims against him. Part of this is being driven by nefarious elements within the #metoo movement and its blind ambition to bring down an entire gender, regardless of the truth. They will chew up Christine Blasey-Ford and spit her out as much as they will Kavanaugh.

Can the truth ever be established now?

I have come to accept that I will never gain absolution for my own ordeal. I can only recount my experience, to the best of my recollection (and my recollection is acute) and move forward...if one can ever hope to move forward from something like this.

Truth is a victim.

In the case of Christine Blasey-Ford and Brett Kavanagh, there are her allegations - grave and serious and warranting forensic investigation, his defense, which - in our system of justice - he is entitled to, and the Truth that lies somewhere in between. The way these hearings are being concucted are troubling, because none of this matters to those driving Christine Blasey-Ford into the pressure cooker of the public gaze. Nor does it matter to those who seek to secure Kavanaugh's appointment to the Supreme Court of the United States.

Both agendas will divide and conquer in the pursuit of something other than the truth - and they will leave victims in their wake - both accused and accusers.

If you don't fit the proscribed narrative of either, the accepted identity, you are problematic, expendable.

And that is the truth.

Posted by DeanfromAustralia at 4:47 AM