The Myth Of Cultural Appropriation.

This week, a piece by Australian journalist David Marr appeared on The Guardian Australia website "Why I refused to judge the Horne Prize."

In it, Marr announced that he was stepping down as a judge on the panel for the Horne Prize for Literature, an annual prize here in Australia.

The panel of the Horne Prize had introduced a clause into their application process, in which the following entities would not be considered. 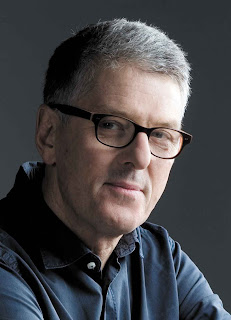 Marr rightly argued that this was an alarming development - one that would have dangerous repercussions.

“I’ve been a big critic of such restrictions. Men can write about women, gays about straights, blacks about whites. You judge, as always, by quality. That’s likely to be higher when there’s direct experience. But you can’t disqualify for lack of it. And if we’re not going to accept whites writing about Indigenous experience, how can we have whites judging Indigenous writing?” ~ David Marr, The Guardian, 24th September 2018.

As you can imagine, the reaction to Marr's article was swift, particularly on Twitter where  many, including myself, pointed out the danger of excluding entrants on the basis of whether they belong to a particular group or not. It amounts to a restriction of creative expression and of free speech.

In the reaction to Marr's resignation, arguments on various social networks clustered around cultural appropriation. When I cited my own example of having observed and written about a culture different to my own - in my 2012 novel "Gifts of the Peramangk" accusations of cultural appropriation and stealing were leveled at me along with a couple of threats, which I chose to ignore. These came, without any attempt to consider the work or appraise its content.

How can one be accused of cultural appropriation, if they have embarked on a creative project with a commitment to ethical cultural representation?

I would argue they can't.

Cultural appropriation has become a term used by certain sections of the community to stifle free speech and creative expression and attack anyone who would dare step outside of their acceptable group identity to learn about or consider another culture.

When I began writing "Gifts Of The Peramangk", I was aware of the significance of the task I was taking on. 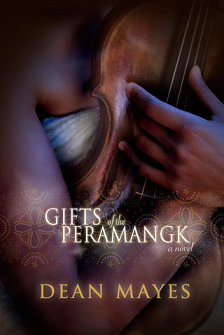 I began the project with a desire to seek knowledge. I put aside the bare bones story idea I had and instead committed myself to pure research. I had a basic knowledge of the fraught history of Australia's Aboriginal people, through the White Australia Policy and the resultant Stolen Generations. I had a basic understanding of the three Aboriginal nations that populated the Adelaide region. But I wanted to learn - not only to write a better story, but to write an ethical story, one that represented the people I was portraying *without appropriating* their culture.

This journey of learning took a year. I researched, talked with experts, partnered with Peramangk people who guided me. When I sat down to write the story, I continued to seek guidance and critique.

It was a long, methodical process. I experienced long periods of self doubt and worry over whether I could finish the story. Ironically, at no stage was I discouraged by those who I'd worked with. Their encouragement of me and belief in the story compelled me to continue the project to its conclusion.

Any accusations of cultural appropriation, ironically, came from my own side.

As a writer, I have committed myself to the observation and documentation of the world around me. And while I predominantly write fiction - even then - the writing process requires a considerable amount of research.

In writing "Gifts of the Peramangk" I set out to learn as much as I could about a culture, so that I could acknowledge and respect that culture in a story with themes that are universal. Adversity, Hope, Endurance, Triumph. The story, admired by readers all around the world, was my effort at bridging a cultural divide.

This is not cultural appropriation. It is cultural representation.

Any efforts to stifle that, makes us all the poorer.

Post Script - Following David Marr's reisgnation, the panel of the Horne Prize walked back their changes to the rules around submission.
Posted by DeanfromAustralia at 4:46 PM