Continuing on my path of profiling talented Australian artisans, musicians and writers, this week, I'd like to share with you a sublime scribe in Queensland based author Hayley Coates, who goes by the moniker HMC. 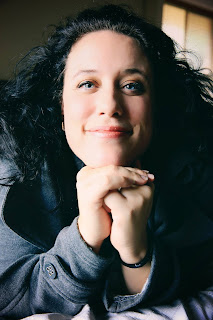 
I first encountered Hayley back in 2012 when we collaborated on - and were featured in - an anthology of Australian writers called "Great Southern Land - Tales from Australia". Her contribution to that anthology was a earthy character piece titled 'Bobby, Be Good' which I regarded, at the time, as being perhaps the strongest entry in the book.

Soon after that anthology, HMC published "White Walls" - a taut, psychological thriller set right here in Australia that, to my mind, cemented HMC as an author to watch. Her command of the genre in White Walls was gripping and it garnered universal praise for its involving story, vivid characterizations and mind bending concepts. 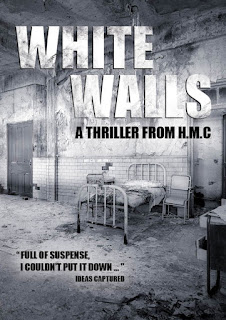 In amongst an impressive body of subsequent short stories, anthology contributions and thought provoking essays, HMC has been working away diligently on a new project called 'The Water Seer'. And now that project is about to see an international release in digital format in September this year, with a print release to follow in October.

The Water Seer promises more of HMC's signature style that has so captivated readers to date but it also promises to showcase HMC's ability to cross genres and meander into themes and situations that are unique and fresh. 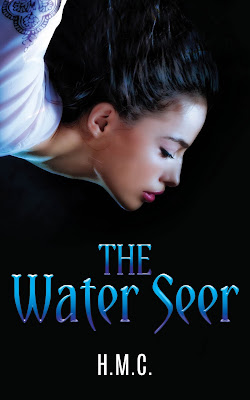 MOUSE is a seer. She’s had a vision of a little boy’s death, and it’s someone she knows and loves. But how could a champion, junior nipper drown in a calm ocean when he swims better than most adults?

When a strange woman comes to town, her allure is undeniable, but something is off. Mouse’s visions are frequent and vivid, children she works with go missing, and the past, present, and future blur together. Her new enemy is a Bruja Del Agua – Water Witch, who not only drowns her victims, but tortures them for eternity.

With the help of her dead Aunt Catalina, her best friend, Trent, and a Wiccan called Anna, Mouse must use her power and wit to defeat the most powerful Bruja she’s ever seen.


From her home on Queensland's Gold Coast, HMC balances her career as an author with teaching while raising her two children with her "motorbike-loving Viking" partner. HMC recounts that she writes for the pure pleasure of being able to express herself and to think critically about issues that are passionate to her.

HMC says - "I blog about asylum seekers, gay rights, tattooed professionals, robot dancing, baby poo, and so on … you know, the juicy stuff. I’m sometimes serious, but mostly not."

There is bohemian quality to HMC that I find really attractive. Her stories challenge a literary orthodoxy, presenting people and situations that far removed from mere "paint by numbers" genre pieces. They are absorbing and thought provoking.

HMC is most definitely, an author you should know.