I can pin point the moment when my love affair with classical music began. In 1988, a friend of mine turned up at high school one day with a new release on cassette tape which he enthused was possibly the best thing he'd ever heard. We were both fans of the rock band Queen and flamboyant front man Freddie Mercury and this new release album was something kind of unexpected.

The album was 'Barcelona', Mercury's collaboration with Spanish soprano Montserrat Caballé, a classical cross over recording which which became a world wide hit and spawned an Olympic theme in the title track which was celebrated in the Spanish city a year after Mercury's death in 1991. 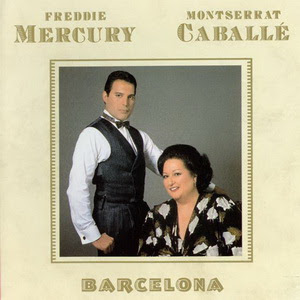 Barcelona was a collaboration that few people understood at the time, mainly because reviewers approaching the recording did so from the perspective of a rock album. This was something else entirely - the world renowned superstar rock vocalist sharing song with a classical soprano of equal stature - a pairing that fans of rock and classic didn't quite get. And yet, it became quickly apparent that there was something magical going on in the ten track recording. Very soon, it had become a major hit for both artists. 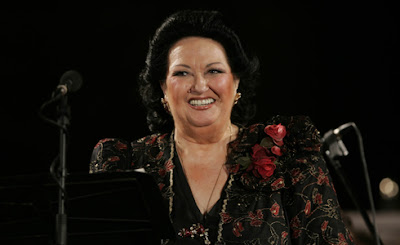 For me, I got it right away. I was utterly captivated by Montserrat Caballé's majestic soprano, a voice that was effortless yet strong, rising from the depths of Caballé's soul to wield an unmistakable power. With Mercury by her side, his own tenor voice mingling resplendently with hers, 'Barcelona' touched off a desire in me to discover more of Caballé's performances while also exploring classical music more generally.

Years later, having appreciated a diverse collection of classical voices, I thought I hadn't struck a soprano that had affected me in quite the same way as Caballé. Then I discovered Greta Bradman. 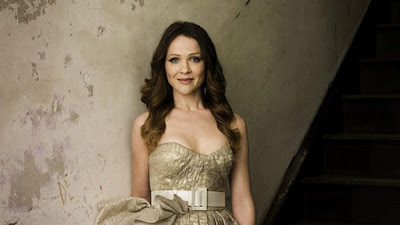 A recitalist and stage performer from Adelaide, Bradman has been steadily building a profile since commencing her professional career in 2010 as a concert classical singer. Her rise to prominence has accelerated since she won the 2013/14 Australian International Opera Award. This lead to further training under Dennis O'Neill at the Wales International Academy of Voice which, in turn, brought her to the attention of internationally acclaimed Australian conductor Richard Bonynge - husband of the late Dame Joan Sutherland - who has described Bradman's voice as a revelation that represents "the true old fashioned bel canto sound - the sort we only dream about today." 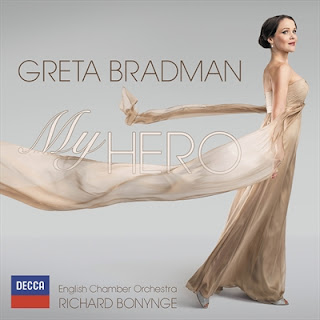 Greta Bradman is set to release her début operatic recording 'My Hero' with Richard Bonynge conducting the English Chamber Orchestra. The album is described as a tribute to Greta's musical heroes - among them Richard Bonygne, as well as her maternal and paternal grandparents, each of whom have influenced her love of music and the direction her career has taken. The track listing features highlights from the operas of Handel, Mozart, Verdi and Bellini as well as modern classics from works such as Rodgers and Hammerstein and Walt Disney and has been described as the perfect showcase for Bradman's remarkable talent.

A recent profile on Greta Bradman for the ABC television series Australian Story, tracked her remarkable career and the legacy that has shaped her. It gives a compelling insight into the often difficult journey she has taken to arrive at this point. The account is an inspiring one and well worth viewing.

It would be wrong of me to compare Greta Bradman's voice with anyone. However, her performance in the recordings I have heard thus far affect me in the same way that I was affected the first time I heard Montserrat Caballé's. Bradman draws her voice from a deep wellspring within her and she propels it through a considerable vocal range arriving at her signature soprano with an undeniable power. She inhabits that realm effortlessly and one can't help but to be captivated by it.

DFA.
Posted by DeanfromAustralia at 11:34 PM