Every once in a while, an artist emerges from the crowds of people before you and, through their sheer natural magnetism, you are drawn to them.

Xavier Saer is one such artist - a man who has accumulated a treasure chest of life experience through his bountiful experience of living and it seems that his capacity to draw an audience to him - whether it be through his passionate photographers eye, his voice and his musician's fingers or through his fertile story teller's mind - is limitless.

Xavier Saer was born in Peru where his passion for composing and performing started quite early. Saer himself describes his artistic genesis as such - "Living among such culture, history and political turmoil… it wasn't hard to be inspired." Peru is a country of contrasts - at once starkly beautiful in the arms of the Andes mountains, with architecture and culture that one can fall deeply in love with. 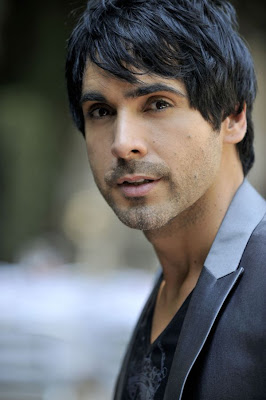 Though his destiny lay in artistic endeavors, Saer's first vocation was rather removed from the musicality and imagery that he would eventually become synonymous with. He graduated with a degree in Economics - something that, in his own words, he could present to his parents. But Saer's destiny lay elsewhere. "I had fate to follow. Music chose me, and I knew I couldn't fight against my destiny".

And so the journeyman artist within Xavier Saer emerged and he embarked on something of a quest to mold and shape art and music into his own creation. From Spain, where he studied flamenco, to the bars and clubs of London where he shared his passion, to his homeland of Peru where he signed with renowned producer Pepe Ortega and birthed his debut sellout album "Ser Asi", to Africa where a series of adventures and experiences informed the tone and tenor of his follow up recording, titled "Saer".

Saer's progression from musician, song writer and recording artist to author, therefore, is a natural one and it is already capturing the attention of an audience well beyond that which has followed him thus far.

Bleeding Heart, Xavier Saer's debut novel, is described as a timeless fable about living life with passion. The guff on the novel is thus;

In a grey, permanently overcast city in South America, a child is born with a gap in his chest; a heart that is open to the world. To most, it appears to be a weakness. It is in fact a gift.

Sole heir to a wealthy sugar plantation, his totalitarian father tries to force him to follow the family tradition of administering their slave-run empire. Paco refuses, opting to follow his dream of singing. Driven from his home by his father's ultimatum, Paco is lured into a world of political deception where his musical abilities land him on the wrong side of the law... and deeply in love. Having to run for his life and freedom. Escaping to the Andes, fate leads him to a mystical Inca shaman, who teaches him how to follow his heart and his inner voice.

He is confronted with the decision; to have a heart that bleeds forever, or choose the path where there's no more bleeding - even if it means death. He discovers that nothing is impossible, and that living with an open heart is not weakness, but a gift to the world. 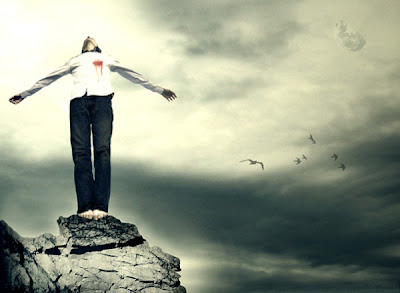 Xavier the songwriter has become a story teller and he has done so with an outstanding literary work. In Bleeding Heart, Xavier Saer's words are not just words that exist in state on the page, they are exquisite lyrics of a literary kind, imbued with strength, romance, tension and passion.

Bleeding Heart is not a story that has been merely written. It has been lovingly handcrafted, sculpted from the collected experiences Saer has brought with him on his journey and it has been done so with a care and devotion that I have not witnessed from an author in a long time.

Saer brings to this story, his considerable talent as a song writer and lyricist crafting his tome in such a way that the entire book, arguably, becomes a song in and of itself. His words are poetic, picturesque, dramatic and inspirational.

Saer has an astute sense of romance and emotion - both in imbuing his characters with it as well as eliciting an emotional response from us, his readers. We feel for his characters, not the least of which, the unassuming hero in Paco who is rendered so vividly the we live through his experience.

I've said before that I am drawn to writers who are able to write visually, allowing us to unlock the story-scape in our imagination. Here, Xavier Saer is no exception, presenting an accessible visual palette to his story that draws very much upon his Peruvian homeland, the beauty and the terror of its cities, the Andes Mountains and the contrasting people he populates his story with.

Bleeding Heart represents a high water mark in the inspirational fiction genre. Fans of Bryce Courtney's The Power Of One will find textural parallels with Bleeding Heart but Xavier Saer's work stands as a highly original piece that delivers on its own terms.

This is, hands down, an important work that will enchant you.

Posted by DeanfromAustralia at 8:28 AM