It's often the case that inspiration will come at you from out of no where.


As I continue to work on my latest writing project, I remain a "bower bird" - a collector of minutiae. It may be the most esoteric 'thing' - like a lollie wrapper or a flower from a particular place, a shard of an old house brick that has a certain smell. I collect these things because they fire off something in my imagination. Sometimes that "something" is completely unknown to me but I take and I add to my collection basket because I know that it will come in handy at some point. Sometimes, the 'thing' that I am looking for is a lot more obvious to me and it carries much more significance. When I do happen upon it, it opens the flood gates.


A couple of weekends ago, I helped my brother in law move some furniture to his new home just outside of a little town in South Australia's mid north called Orooroo. He's just been employed by a resources board up there working with water management and the environment and was able to rent a farm house on a sprawling thousand acres of grazing country - not quite the true outback of Australia, but pretty damned close to it.


Anyway, he and I and my other brother in law convoyed it up there, with three cars and two trailers on a fairly balmy Saturday afternoon. The journey took around three and a half hours. Now, once you hit the outskirts of Adelaide's north, you pretty quickly enter into a rural heartland that is as far removed from the city as you can get. The architecture changes too, and at various points along the way, you pass farming country that is dotted with examples of stone construction from a seriously bygone era. Home steads, cottages, stables, sheds - all in various states of disrepair. Some of them are crumbling to the earth, while others standing silent in remarkably good condition.


As I'm driving along, I'm thinking about the novel that I am writing and in particular, I'm thinking about the portion of the novel that takes place in the rural Australia of the 1950's. This is the farm where my young protagonist, Virginia Crammond is taken after having been forcibly removed from her mother by the Aborigines Protectorate Officers. I'm starting to see comparisons to the image I've built up in my head of the farm that features in the story but as I pass by these random places, nothing is jumping out at me that is particularly inspiring.


Then, after several hours, we arrive at the farm where my brother in law will be living and I am quite literally floored. There is a farm house there that stands derelict but still intact, old stone buildings and sheds that are in various states of disrepair. The surrounding country side is vast, barren and totally isolating but beautiful at the same time.


This is the place I have pictured in my mind's eye for so long and I could not believe that I was actually in this place, a place I have written so vividly about for so many months now.


Suffice to say, I got my cell phone camera out and began snapping in earnest.


Now, I know that these images will be a little difficult for you to get your mind around in terms of how they fit into the story. But they speak to a place that - in my story at least - is harsh, unforgiving and, for an 8 year old Aboriginal girl who has been removed from everything she knows and placed here, crushingly isolating. I should add a disclaimer here too and say that the setting for the farm as depicted in the novel is not actually specific to a particular place. The farm's location will remain ambiguous in the novel and be described only as being somewhere in the rural regions of South Australia.


To give you an idea of the tone and the story of my new work, do check out my work in progress preview pieces here at my site.


It's a visual epiphany that has totally fired my imagination. 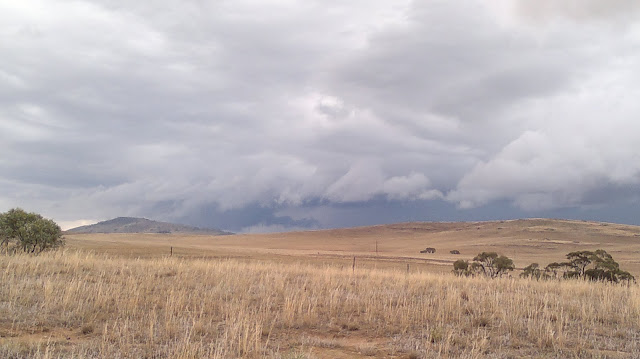 It is at once a harsh and unforgiving landscape and yet incredibly beautiful. 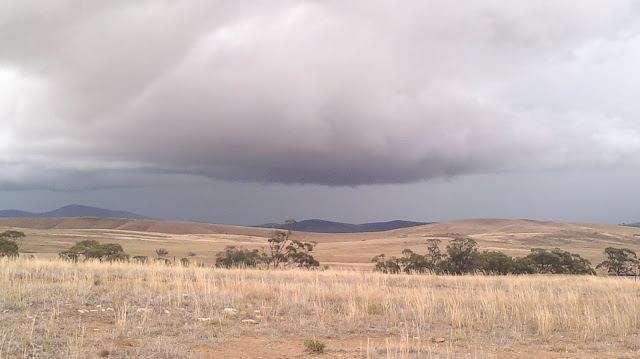 The summer storm hung around for several hours and put on a magnificent show. 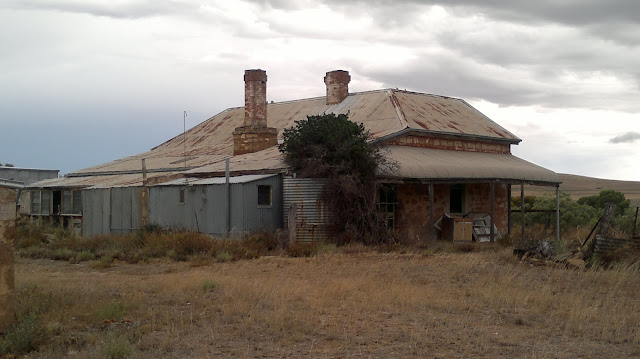 This farmhouse, long since deserted is in surprisingly good shape and is now the focal point for many of the critical scenes in my new work "Gifts Of The Peramangk" 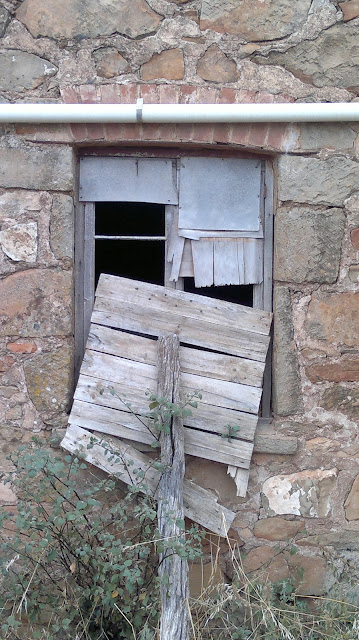 Close up of the stone construction employed in these beautiful buildings. 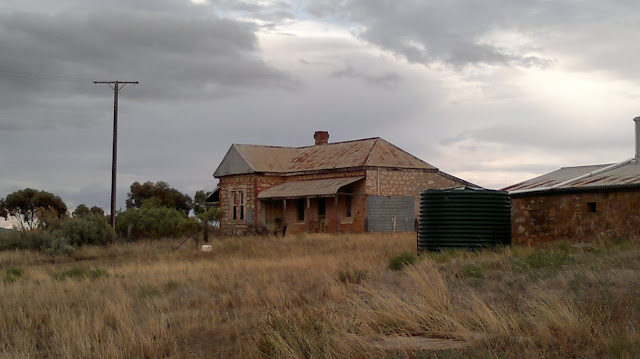 The old homestead that has now become "The Penschey Homestead" (Note - there is a beautiful old cast iron wood burning stove in the kitchen that I would give my left kidney for). 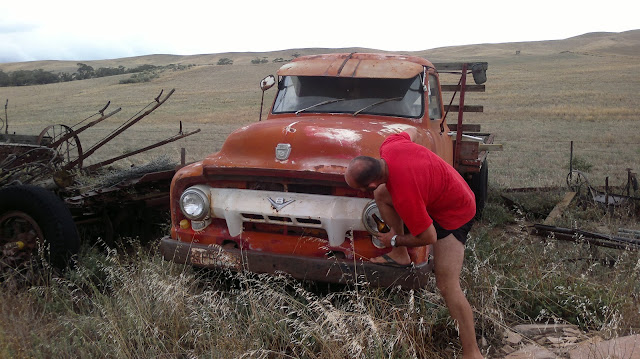 An old Bedford truck that I'd like to use in the novel - if I can confirm it's circa 1950's. (My brother in law is seeing if he can pop the hood). 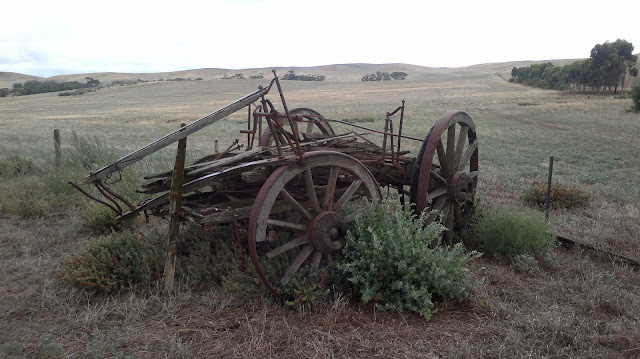 Movement from the past. 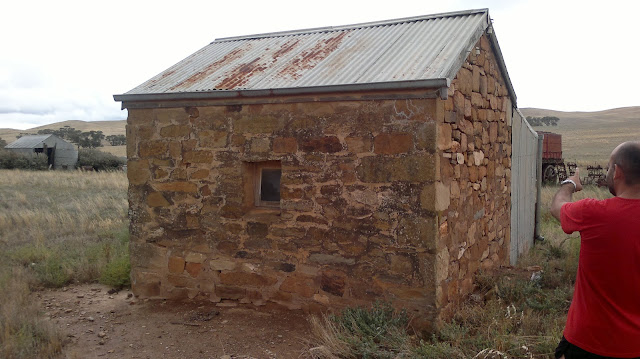 A stone building that I have claimed as "Virginia's Outhouse". It's a rather cosy little dwelling inside, which at one time had power to it. (My brother in law Dan stands in the foreground).

Posted by DeanfromAustralia at 3:25 AM