Apartment C3 - There Need Be No Other Title.

I can remember my grandfather being an avid reader of the broad sheet newspaper.

Long before sunrise, Pa would be out on his morning walk, doing a few laps of the local race track in those pre-dawn hours where your breath is visible in the cold morning air, swinging by my father's barber shop for a coffee and a few minutes of conversation before collecting the daily newspaper on his way home to read with his breakfast.

Along with the cross word puzzle, one of Pa's greatest joys was the daily cartoon. The cartoon, usually a single panel, captured the mood of the day or the week perfectly with some sort of tongue in cheek observation about life or politics or society. Anything that took the piss really. And you could almost be guaranteed that Pa would let out one of his patented chuckles that sounded like Mutley the Dog from the Wacky Races cartoon back in the day.

20 years after his death, I still remember his love of the daily cartoon and I like to think that I've kinda continued the tradition, in a sense. However, my version of the daily cartoon comes to me via the web and is enjoyed on my Samsung Tablet - usually with a cup of coffee on the patio.


A weekly web series entitled "Apartment C3" has now firmly captured the mantle of my 'daily cartoon' and it makes me laugh my pants off (not literally)...


Apartment C3 follows the travails, the trials and the and tribulations (is that even coherent???) of four New Yorkers - comedian and Spanish/American orator Carmen Lynch, photographer and filmmaker Chris Vongsawat, comedian and self confessed sweet tooth tragic Liz Miele and finally, quite possibly the most gentrified cat with 'tude I've ever come across Pasta. 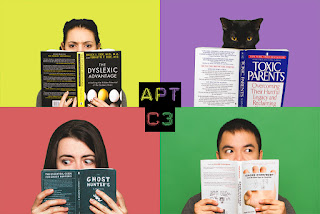 Each Monday, the Apartment C3 gang present a short video vignette in which the minutiae of apartment C3 life is presented in all it's unabashed quirkiness. The four performers innate sense of timing and comedy are joyful to watch. They are a HILARIOUS combination! Each Wednesday, under the exquisite eye of Vongsawat, the gang put up a comedic photo which is invariably topical and centers around their lives in the Apartment. Directed and shot by Vongsawat, the guy and girls serve up something fresh and funny every week and I am always guaranteed of a laugh.


It's like the modern day equivalent of a newspaper cartoon, except that Apartment C3 lives and breathes. I have become a self confessed tragic...in much the same way that I was a Footrot Flats tragic as a kid. Here is just one example of their genius for you to enjoy...

The team behind Apartment C3 are a razor sharp unit who bring to the comedy a wealth of experience and talent.


Carmen Lynch is a stand-up comic who has appeared on Last Comic Standing, Comedy Central and ComedyTV. She’s freelanced for Mad Magazine and was a writer for TuNite Con Lorenzo Parro on Telemundo. She speaks fluent Spanish - which I can attest to, having seen this video of her performing on stage in Spain itself very recently. Her performance is nigh on flawless - at least, I think it's flawless...because I don't speak Spanish...I only speak Australian. Lynch is a master of expression and physicality which she invariably puts to use in the Apartment C3 vignettes.

Chris Vongsawat is a photographer/filmmaker whose pictures have appeared in The Wall Street Journal, New York Times, Crain’s New York Business and Photo District News. He has produced work for Louis Vuitton, Banana Republic and SHAPE Magazine. I have viewed Chris' portfolio at his website and, I have got to say - it is ah-mazing! Chris has produced a series of wonderful 'moving headshots' for various models and actors which not only show case the subjects themselves but also Chris' brilliant eye, his innate sense of lighting, texture and movement. They are quite lovely to behold. With his Apartment C3 work, Chris imbues his moving images and stills with wit and humour. If he was ever to produce a coffee table book based on his Apartment C3 material alone, I'd be first in line to secure a copy. 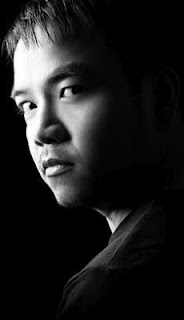 Liz Miele is also a Brooklyn based stand-up comic who’s been on the circuit in her home country at - now get this - aged 16! Liz has been profiled in The New Yorker, New York Times, New York Times magazine and New Jersey Monthly. Her stand-up - which combines a cooky and high watt energy with astute and whimsical observation - has also been featured at Live at Gotham and Comedy Central no less. In Apartment C3, Liz shines as the kind of glue that holds it all together - the eternal optimist, although there are occasions where she can unleash a Jekyll and Hyde slap down when it's called for. When she's not performing on stage, Liz likes running - a lot - and she regularly competes in the Marine Corps Marathon in Washington DC with her Dad. According to Liz, she speaks three phrases in French.

And of course, I would be remiss if I were not to profile Pasta Miele - the self confessed lynch pin of the whole Apartment C3 operation. Pasta is described as a professional cat model whos pictures have been seen by anyone that has talked to Liz in the last 6 years. She’s vocal, loves kitty treats, has abandonment issues and loves to cuddle. Pasta wears the pants in the Apartment.

As a document for the modern age, Apartment C3 is resoundingly fresh and fearless, presenting comedic minutiae that is guaranteed to make you smile. Like the daily cartoon that my Pa used to look forward to when I was a kid, its RSS feed is one I proudly display at the top of my Pulse aggregator on my Tablet and, come Tuesday (Australian time) and Thrusday (Australian time), I get a more than a little buzzed when I see a new alert from the Apartment C3 gang.

Posted by DeanfromAustralia at 3:55 AM