The Victorian Trooper #5 - A Sabbatical Abroad.

During our family research a little documented piece emerged that threw a new spin on we thought we knew about Joseph Ladd Mayes.

During the Police Royal Commission in 1882 Joseph Ladd reflected on a period of his life when he spent some time abroad observing police forces in other countries.

"About nine years ago, I saw the police force in England, Ireland & America, and I consider that we have as good  material for a police force in Victoria as any of those countries".

A study of Joseph Ladd police records reveals little about this journey beyond a rather difficult to read entry dated April 24, 1873. In amongst the painfully cursive copperplate is a mention of a 12 month leave of absence that was signed off by an officer with the police number 2144 about, I did a search at the Public Records office of Victoria some years ago and came across a shipping record that corresponds - roughly - with Joseph Ladd's evidence. 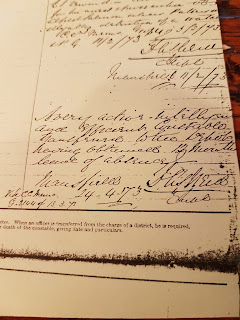 (a cryptic entry in Joseph Ladd Mayes' police record points towards a 12 month leave of absence in 1873.) 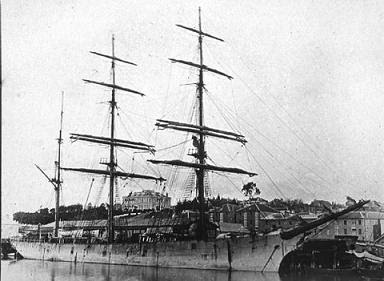 At this stage this is all the information we have and the questions we have far outweigh the answers.

Joseph Ladd's evidence to the 1882 Royal Commission into the Victoria Police suggests he was acting in the role of a Consultant for the Victoria Police Force and was tasked with reviewing the operations of foreign police forces in order to improve the Victorian Force. Further it seems, Joseph Ladd offered an Australian perspective to these foreign forces that would assist their own operations. 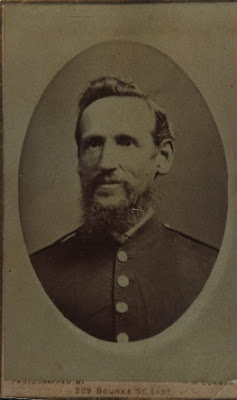 Much of the life of the Mayes family during this period in the 1870's remains a mystery and we are hoping time will reveal more facts about this unique role Joseph Ladd was given.

His return to Australia in 1874 corresponded with a noticeable up-tick in frontier crime, perpetrated by increasingly brazen and, it would seem, notoriety seeking 'bushrangers'.

We do not know how long Joseph Ladd, Marrian John Adolph, Sara and Rebecca remained in Marysville. We have evidence that puts the family in the hamlet of Broadmeadows, north of Melbourne in the period from 1876 to June 1879. 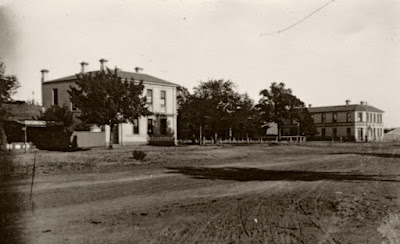 
In 1878, whilst at Broadmeadows, another tragedy was to befall the family when Mariann died suddenly, following what we believe was a stroke. The event undoubtedly plunged the family into a period of untold grief. Joseph Ladd gave a glimpse of his grief during the 1882 Royal Commission when he called his earlier experiences on the Ballarat Gold-fields. He was convinced that his persecution by senior police in Ballarat - as a result of his solving the Burke murder, coupled with his later false imprisonment on trumped up charges, brought on a depression that ultimately killed his wife.

Did Mariann suffer some form of PTSD that resulted in a long period of poor health and eventual decline? Was she at greater risk of dysentery because of poor mental health? We just don't yet know. Mariann Henrietta Mayes (Piquet) - daughter of a Swiss preacher, wife and mother is buried at the Bulla Cemetery, north west of Melbourne.

Joseph Ladd Mayes appears to have had little time to grieve afterwards. In the North East of Victoria, a tinder box of conflict was brewing and, once again, Joseph Ladd was sought out by his trusted superior Superintendent Francis Hare for an audacious assignment that would see him plunged into one of most notorious sagas in Australian history.

Next: Ned Kelly & The Cave Parties.

Posted by DeanfromAustralia at 1:16 AM