Every once in a while, a television program comes along that absolutely and positively hooks me. A program that I will move heaven and Earth not to miss because it is that good. It's well written. The characters are endearing, real - they could be characters you could know in real life.

The long running British television series As Time Goes By is one of those programs - and it is the source of the inspiration for two of the characters who play a small but important role in the life of one of the central protagonists in The Hambledown Dream.

Lionel and Ruth Broadbent are an older couple who own and run the general store in the seaside village of Hambledown. They have lived their for many (indeterminate) years and are fixtures in the local community. They have their ear to the ground on most of the goings on in the town and act as a sort "buffer" against some of the more crazy gossip that circulates. It is said that much of the gossip begins and ends with them. While the bohemian and free-spirited Ruth spends a good deal of her time pursuing a semi professional photography business, her loving and dedicated husband Lionel runs the popular general store. Together, they also keep a watch over a recently bereaved Sonya Llewellyn, who is trying to carry on with her life after losing the love of her life.

Whether it is to lend an ear and pour her a coffee when she drops by on her early morning walks with her dog Simon or to offer help with resurrecting her grand father's failed law practice, Lionel and Ruth delicately balance their relationship with a quietly grieving Sonya - trying to nudge her back to life again whilst allowing her the latitude to "feel" things out. 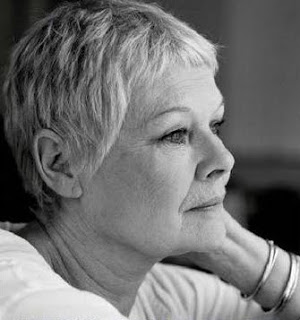 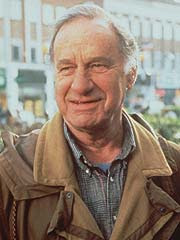 As the story develops, Lionel and Ruth's support becomes paramount when events in the story lead Sonya towards having to make a decision about moving beyond her comfort zone. Her turmoil - in the hands of anyone else - may well be handled very badly. But in the hands of this very sage couple, Sonya comes to realize that their friendship could well be the most important thing in helping her negotiate her way forward.

So in developing these characters, I indulged in a little favoritism in looking to that wonderful series As Time Goes By and it's central characters of Jean Pargeter (as portrayed by the irrepressible Dame Judi Dench) and Lionel Hardcastle (as portrayed by Geoffrey Palmer). I even borrowed his name - probably a little too indulgent I know - but for me, it just fitted. These two characters have featured in another, unpublished work, that sits in a dark and dusty folder in my office at home and in a similar sort of role. However I wanted to feature a duo that would be a sort of support to Sonya - who is trying to go on with her life in the aftermath of Denny's death. They are protective of her in the sense that the Hambledown locals recognize her as her grand father's descendant - a man with a damaged reputation in the village - and they more than anyone else can see Sonya's drive to succeed. There is a lovely banter that goes on between the two of them - in much the same way as Lionel and Jean from ATGB. It is witty and warm, a little churlish at times but when events surrounding Sonya converge to a critical junction - Ruth and Lionel pull together as a united team.

I have a very great affection for them both and they rank among my favorite people in The Hambledown Dream.

DFA.
Posted by DeanfromAustralia at 6:16 AM

Email ThisBlogThis!Share to TwitterShare to FacebookShare to Pinterest
Labels: As Time Goes By, Characters And Inspirations, Dean Mayes, Michelle Halket, The Hambledown Dream