Star Wars - The Future, Clouded It Is...

I was alerted to an article this morning from i09's Beth Elderkin, confirming the news that the first film in the new Star Wars trilogy - after December's "Episode 9: The Rise Of Skywalker" - will be helmed by Game of Thrones showrunners David Benioff & B.D. Weiss. 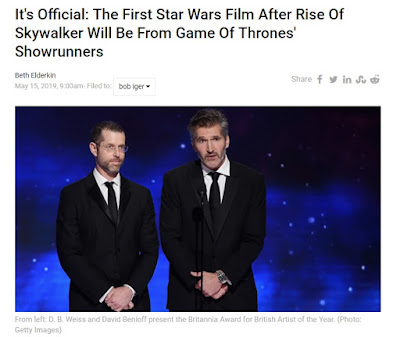 screen grab from i09 article by Beth Elderkin (credit i09).

Quoting directly from Disney CEO Bob Iger, who was speaking at a MoffetNathanson Media & Communications summit this week,

"We did a deal with David Benioff & B.D. Weiss, who are famous for Game of Thrones, and the next movie we release will be theirs," Iger said. "And we're not saying anything more about that."

Side note - it remains amusing to me that Lucasfilm CEO Kathleen Kennedy remains pretty much invisible from any Star Wars related announcements - although that is not unsurprising these days.

A few things stand out to me in the reading of Elderkin's article.

I've watched the on-line backlash to the current/final season of Game Of Thrones. Criticisms around the overall tone of the final season, narrative choices and the disjointed nature of the characterizations have abounded, with much of that criticism being directed at Benioff & Weiss. 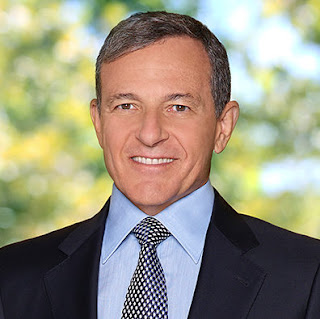 Iger's quote states that the next film in the Star Wars saga will be Benioff & Weiss' - but that's it. He apparently refused to elaborate on the trilogy, which has a planned release schedule every two years, from 2022. Elderkin's article seems to suggest that Iger has only committed to this pair for the first film in the new trilogy. Does that mean that we can expect Benioff & Weiss to helm/write the first film only, with others taking over for the 2nd and 3rd films? Or will they write the trilogy and hand directing duties over to others? 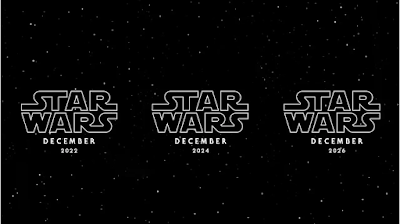 Elderkin is, perhaps, being a little coy but I do find merit in her suggestion. I wonder if Iger is watching things unfold really closely, assessing the reaction to the Game Of Thrones final season and preparing contingencies for the Star Wars franchise, as production on the new trilogy ramps up. There feels, to me, a lot of ongoing uncertainty in the Star Wars cinematic IP - particularly in the wake of Rian Johnson's disastrous "The Last Jedi" (2017).

There are positives to take from this announcement though.

I am heartened by previous statements from Bob Iger that there will be a three year hiatus between Episode 9 and the new cinematic trilogy - which will be a separate narrative from the Skywalker saga. That will give the writers time to properly flesh out the 3 film cycle - a'la *George Lucas* - and they can avoid the terrible narrative mess of the sequel trilogy.

We need to remember that Benioff & Weiss are showrunners for Game Of Thrones, tasked with wrangling the source material from George R.R. Martin into a cohesive whole for the medium of television. They can't be expected to take full responsibility for the outcome of the presentation nor the response to it.

Freed from the shackles of that property, and the shackles of the Star Wars/Skywalker legacy, Benioff & Weiss have the potential to put together a compelling trilogy, with a strong, *planned* narrative arc and fresh, new, archetypal characters that reflect the best of Lucas' mythology and the Campbellian influences Lucas drew on to create it.

What Lucasfilm has to focus on lies outside of the cinematic/filmed universe. I am still hopeful for a clean out at the top of Lucasfilm from CEO Kathleen Kennedy, through to the Story Group and those in the customer engagement space, who have behaved appallingly towards a large body of fans since around 2016. 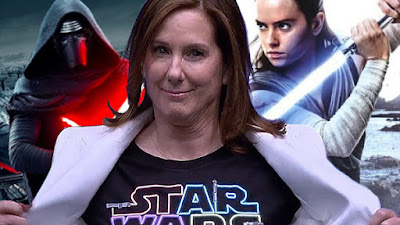 Kennedy has presided over a dysfunctional culture at Lucasfilm - most notably in the Lucasfilm Story Group. Storytelling by committee is a terrible form of storytelling for a cinematic IP. That there was no plan for the narrative arc of the sequel trilogy, disunity between certain creators and identities at Lucasfilm and the tacit endorsement of terrible fan engagement from company representatives like like Pablo Hidalgo, (now fired) Kiri Hart, (now fired) Chuck Wendig, (soon to be fired?) Rian Johnson, Matt Martin and others within Lucasfilm have done as much damage to the Star Wars brand as Kennedy's faulty decision making. The lack of discipline and respect by these individuals towards fans and a lack of any form of social media policy that would reign in the behavior of these individuals on-line is perplexing.

As a writer myself, I have been routinely exposed to fans and critics alike over the years and the one thing I've learned from that is engagement is a one way street. You can only have positive engagement - even when you'd love to stab critics and trolls eyes out.

Star Wars remains a entertainment brand on life support. I remain unconvinced that Episode 9 will be a success at the box office, though I do still hope that J.J. Abrams has been able to do something with film that will erase much of the damage from "The Last Jedi". It remains to be seen how David Benioff & B.D. Weiss will transition from a property like Game of Thrones, which has earned a reputation for blood drenched violence, gore, murder, graphic rape and sex to the family friendly Star Wars franchise.

Regular readers of my blog will know how passionate I have been about Star Wars since I saw "A New Hope" as a four year old with my Dad back in 1977. Hell - Star Wars was the reason I became a writer and pursued my dream of publication. So I don't say these things lightly.

As for the future of Star Wars, beyond Episode 9 - I'll watch and see from the peripheries, how things develop. Star Wars has been in an enjoyment free fall since "The Last Jedi" and it appears the culture at Lucasfilm shows no signs of abating. I remain terminally ambivalent about the future of the cinematic universe.

Posted by DeanfromAustralia at 6:21 PM