Today, I'm welcoming an exciting dystopian fiction author to the blog with another in my ongoing series of guest posts around Dangerous Ideas.

Tracy S. Lawson circled into my orbit recently with her outstanding Resistance series, chronicling a near future America that has come under authoritarian control. A group of freedom fighters emerge from the shadows, railing against the administration's enforcement regime and an epic contest ensues that will decide the fate of the country's freedom.

So without further ado, here's Tracy;


What if you’d been told you were in danger every minute of every day? What if you were told to take extraordinary precautions to stay safe–until extraordinary started to feel…ordinary? It’s hard to stay afraid all the time. Maybe, after a while, you’d just learn to tune it out. But if you did, whoever it was that needed you to be afraid would have to up their game… 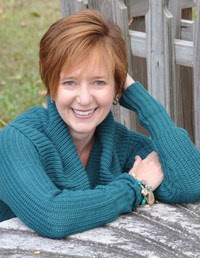 In my Resistance Series books, Tommy and Careen, the eighteen-year-old protagonists, live in 2034, in an alternate-reality version of the United States. Most of the freedoms that today’s young adults enjoy have been curtailed, in the name of preventing terrorist attacks.

The Civilian Restrictions that have been in place nearly all of their lives forbid people to gather in public places. Cash has been eliminated, and any exchange of goods and services between individuals is not permitted.

Only a select few, mostly high-ranking government workers, are granted driving privileges, and the food supply has been brought under government control to protect it from being tainted.

When I started writing this series back in 2010, the premise seemed a bit far-fetched. I’d never want any of the young people I know to suffer what my characters endure. But now when I turn on the news, it seems like they’re stealing my stuff.

In Counteract, Tommy and Careen meet during a terrorist attack, and when they discover their government is pulling strings behind the scenes, using the attacks to keep people frightened and begging for protection, they join an underground rebel group that will stop at nothing to expose the truth. 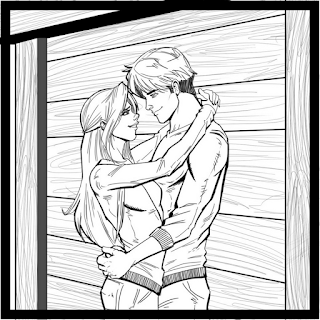 Careen & Tommy (art by Will No Name).

There are plenty of books about dystopian societies in which people are treated as children or slaves, ostensibly to protect them. Eventually, the protagonists’ dissatisfaction and/or curiosity come to the fore, and the circumstances of their society’s structure are revealed as an attempt to destroy humanistic attitudes and desires, such as curiosity, creativity, innovation, and hope for the future.

There is an optimal level of safety and security. We just don’t know what it is. When we seek security, we must expect to give up some freedom.

In today’s society, many kids look forward to the typical teenager’s rites of passage—going places without their parents, dating, and obtaining a driver’s license.

Tommy and Careen inhabit a society in which the few remaining restaurants are patronized only by the wealthy. Most people can barely afford the cost of their weekly food allotment, which is assembled and distributed by the government’s Essential Services department.  A simple “let me buy you breakfast” is an extravagant gesture, and a pizza date would be completely out of the question.

Shopping malls and cinemas have been closed in the name of safety, because large, open places where groups of people gather are easy marks for terrorist attacks. Professional sporting events and concerts are televised, but safety dictates the athletes and artists perform to empty arenas. No one but government officials are allowed to drive cars, because it’s irresponsible to allow just anyone access to something that can be used as a weapon.

Growing up is more than just enjoying the privileges of a certain age. In a society where freedoms are curtailed, how would the young people learn to take care of themselves?

The teens I asked said that growing up means, in part:

-solving one’s problems, not expecting someone else to drop everything and come to the rescue

-not going along with the crowd

-standing up for what is right 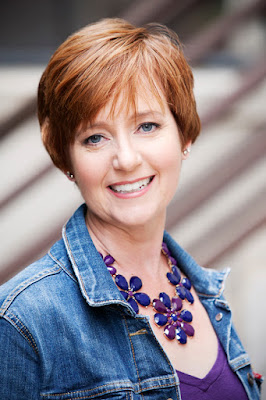 Tommy and Careen, who are among the first generation to grow up with the Restrictions, are lucky to have parents who’ve taught them some of the skills they’ll need to survive. But what of the younger children? And those yet to be born? How long before the individual’s survival skills are completely lost, and the only way to live is at the mercy of the guiding hand that promises safety?

The government’s mantra in the Resistance Series books is: “It’s a small price to pay for your safety.” Not just the individual, but society as a whole, will pay the price.

Learn more about Tracy and her books at the Resistance Series Fan Site here.

Posted by DeanfromAustralia at 8:03 PM