Dying For It - A Preview Of Eat, Pray, Die by Chelsea Field.

Being an undercover poison taster for the rich and famous might sound glamorous, but for Isobel Avery it means stomaching bad clients and even worse coffee.

The one side of the job that lives up to expectations is the money. Which is just as well for Izzy, since she needs an awful lot of it. Who knew when she made a lifelong commitment to a man that it would be one year living with him and the rest of her life paying for it.

But even her scoundrel ex-husband doesn’t look so bad compared to her new client. He’s competent, condescending, and annoyingly attractive, and Izzy doesn’t know whether to sleep with him or poison him herself. Throw in a loan-shark, a nosy neighbor, and a murder attempt, and Izzy will have her work cut out for her 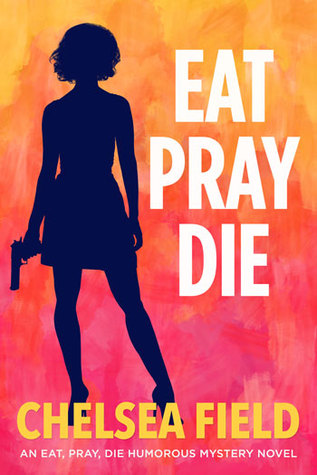 Eat, Pray, Die is a sexy and stylish mystery/thriller with no shortage of smart dialogue and taut action scenes combined with an engaging and involving mystery from the get go.

Chelsea Field's protagonist, Isobel Avery, is a classic fish out of water heroine - an attractive and plucky young Australian who navigates her way through the highly polished chintz of LA's celebrity obsessed culture in the role of a poison taster to the rich and famous. Working for a shadowy agency, Isobel is hired as a "Shade" by wealthy clients who are targeted by enemies by way of poisoning and it is her job to neutralise any threats by tasting their food.

When one of her colleagues falls victim to a particularly dangerous poison, Isobel is paired with the enigmatic - and decidedly "rugged" - operative Connor and together they embark on a desperate race against the clock to uncover an enemy who is determined to foil them. Isobel Avery is appealing wide eyed and, perhaps overwhelmed by the responsibilities she has taken on, but she is also resourceful, with a keen eye and an analytical mind and it doesn't take long for her to embrace her role of investigator with gusto.

Paired with her foil in Connor, I couldn't help but imagine Mad Men's John Ham in the role. There's a satisfying tension between the two and I found their story trajectory really engaging.
Field's writing style is highly polished and she posits some really clever ideas - particularly around the whole celebrity poisons industry. The need to have an agency dedicated to the protection of high profile figures from competitors is fascinating and it offers a unique insight into a world that I found utterly convincing and more than just a little scary. Her grasp of the mystery elements kept me guessing and problem solving which is the mark of a really great piece of genre fiction.

Field visualises the high gloss world of L.A. brilliantly, making the scenes immediately accessible and she finesses her narrative with sensory detail that drew me into the world and kept me there. Her supporting cast are all well drawn and I never knew, from one page to the next just which of them might be the prime antagonist.

Above all, Eat, Pray, Die moves fast. It's an entertaining ride from beginning to end and I enjoyed the heck out of it. 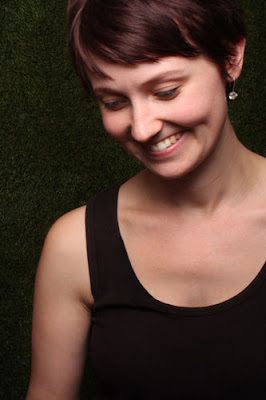 Adelaide based author Chelsea Field has lived an exciting life for an introvert.

She’s fallen off a galloping racehorse, faced down dozens of Australia’s most dangerous animals (including vicious roosters, for those of you who’ve read EAT, PRAY, DIE), and while she’s never sold buns or coffee for a living like her protagonist, she’s consumed plenty of both.

Yes, all of those points are about animals or food. I told you she’s an introvert.

After writing a romantic comedy (no, you can’t read it) where the hero was a photographer from Burnside and then meeting and marrying a photographer from Burnside a few years later, she’s a little worried her writing has weird prophetic fate-like powers. So she makes sure nothing too bad ever happens to her characters, just in case life decides to imitate fiction again.

View all my Goodreads reviews.

DFA.
Posted by DeanfromAustralia at 9:12 AM