Spring Comes To Those Immortal - A Look At Immortal's Spring by Molly Ringle.

Sophie Darrow said yes once to a young man offering a realm of Greek gods and immortality. Now her home has been shattered, and her friends and family pulled along with her as they run from an evil cult and take shelter in the gloomy Underworld. But remembering the life of the original immortals long ago--Persephone, Hades, Hekate, Hermes, and more--may be their key to victory, as well as happiness.

In ancient times too, the murderous cult Thanatos attacked and destroyed nearly all the Greek immortals who sought to bring good to humankind. But those immortals planted seeds in both their realm and ours to ensure their season would someday bloom again. And spring is finally coming.

I have been on board with Molly Ringle's The Chrysomelia Stories since Book One - Persephone's Orchard and I was given the opportunity to read a draft of the final entry - Immortal's Spring last year. In preparing my review, I returned to it this month when I was given a final copy of the novel. 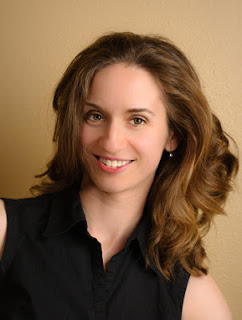 It is no small thing for me to say that Molly Ringle's works rank among my favourite hands down. As a writer myself, I take a sort stylistic inspiration from her - specifically in her construction of characters. Ringle is an astute observationalist, able to imbue her creations with unparalleled realism and presence, such that you find yourself quickly empathizing with their journey and becoming invested with them. Throughout The Chrysomelia Stories, I have come to care a great deal about the likes of Sophie Darrow, her paramour Adrian, her brother Liam and the extended cast of characters who carry the load of dual identities - both here in the modern day world and the parallel world of Ancient Greece - where each of them assume the roles of classic figures from that culture's rich mythology.

Looking at Immortal's Spring in isolation, it is undoubtedly the most compelling in the series, and I say this only because it carries the responsibility that is common to all third acts, it has to address and resolve the cliff hanger Ringle left for us at the conclusion of Book 2 (Underworld's Daughter) whilst maintaining the sense of tension and real urgency as it progresses towards the finale. Ringle's narrative crackles with energy, sensuality and excitement. Her investment in and portrayal of the cast elicits a real emotional response in the reader and that is where the genius of this series lies.

I have such an appreciation for Greek mythology as a result of journeying through the Chrysomelia Stories. Throughout my reading of these books, I have constantly cross referenced Greek mythos with Ringle's storytelling just so I can appreciate the true genius of what she has wrought. 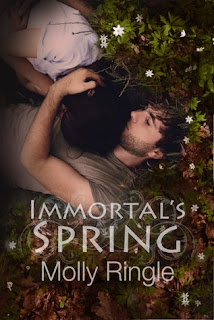 Molly Ringle is an equal to Rowling, to Riordan, to DiTerlizzi and Black. Immortal's Spring specifically and The Chrysomelia Stories more broadly are a modern day epic that everyone should know about.

Immortal's Spring is out everywhere on June 1st 2016.

Molly Ringle has been writing fiction for over twenty years. She grew up in the Pacific Northwest, and lives in Seattle with her husband and children. Her studies include a bachelor of arts in anthropology and a master of arts in linguistics. She also loves folklore and mythology, and this has been the impetus for her epic series of stories couched in Greek myths. When not writing, she can often be found experimenting with fragrances, chocolate, and gardening.

View all my GR reviews

DFA.
Posted by DeanfromAustralia at 6:33 PM