It's a damp Tuesday morning and I sit here, in the study, my mind swirling - literally.

When I woke from my otherwise broken sleep at 6.30 this morning, the first thing I did was prepare my morning cocktail of medications. I'm currently on a regimen of pain killers including Celebrex, Tramadol, Panadol, an anti-inflammatory called Dexamethasone, a drug to prevent bleeding called Tranexamic Acid, an antibiotic called Amoxycillin and an antiseptic mouth wash called Difflam. Through out the day, I have to dose these out, interchanging the pain tablets with the others, so I can get a balance of effect that lasts.

Remember that scene in Prascilla - Queen of the Desert when Terrance Stamp's Ralph sat preparing his morning hormone pills by simply tipping them into a breakfast bowl and pouring milk over them? 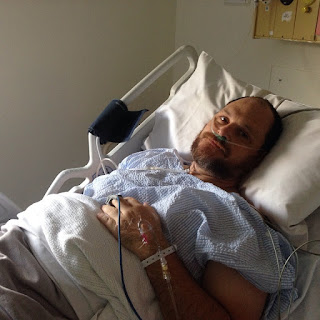 (I was seeing orange unicorns here.)

The downside of all of this is that it sends me loopy. My head is spinning, my balance is shot and my mind is foggy. Oh - and I'm having some awesome hallucinations. It's either that or endure a constant feeling of razor blades slicing at the back of my throat. I'm also experiencing a neuralgic pain that shoots up into my ears from either side of my jaw. I have to time the taking of these painkillers right so that the analgesic effect kicks in before I even contemplate eating anything.

Everything I am eating presently is either soft or pureed. Which isn't actually as bad as it sounds. When I was in hospital, they brought me a little tub of pureed apple on my breakfast tray which actually tasted really nice so when I came home and Emily asked me what I would like from the shops, I made sure to write that one down. I've started pairing it with some Greek yoghurt and for the time being, it's a little treat to myself. I look forward to that one. I'm also sharpening my vegetable soup making skills. A soup pack from the shops containing a couple of carrots, celery, an onion, a turnip, a parsnip, a sweet potato costs like a couple of dollars. I add to that half a butternut pumpkin and slow cook the lot in some stock until it's all ready to be zipped into a puree. At the moment, I love this soup but I fear that I may tire of it quickly. I can drink cold tea - a Twinings earl grey. It's a bit pedestrian but, even cold, it's okay.

My swallowing function, while it's affected by the post operative swelling and inflammation, is serviceable - so long as I don't have anything remotely solid. I tried some banana the yesterday. It sent my throat into a spasm that had my eyes bulging out of my head.

I can't speak. My voice has been reduced to barely functional whisper and when I have tested it, it bloody hurts. I knew this was going to be the case but it now that the reality has set in, so has my depression. Trying to communicate with my family has proved challenging with me trying some rudimentary signing for obvious things and mouthing words in the hope that they will understand me. It works about fifty percent of the time but it has been bloody frustrating.

So, I'm here alone in the house. Trying to keep my mind busy with reading and counting down the time to my next lot of pain killers. I have plenty of movies and a PS4 - I watched Deadpool yesterday. What piece of shit that was. 2 hours of my life I won't get back. Gaming is good for short periods but the games send me even more loopy and they make me feel sick. 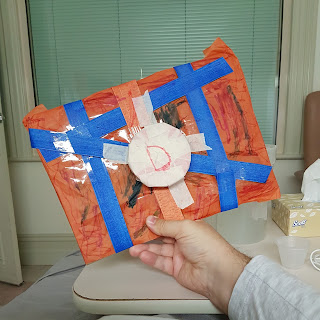 In all of this, there may be some light to look forward to. The surgery went well - very well in fact, and while the surgeon had to remove the bone from my voice box as was planned, he was able to preserve the anchor point between that bone and the right hand vocal cord. It's in a precarious state right now so I am forced to rest it completely - at least until the healing process is complete.

So there's a chance that I can salvage some of my voice. A little one - but I'll take that right now.

Listen to my interview with Alice Fraser, recorded before all of this malarkey. 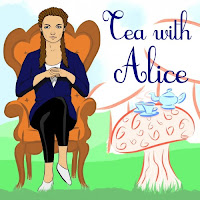