Gemini Downs - There Need Be No Other Title.

On New Years Eve, my young family took a tram up to Adelaide's Elder Park to enjoy a free NYE's outdoor concert in the twilight hours on the river Torrens. It was a typically balmy Adelaide evening after a day which had brought temperatures of up to 100 degrees (F). By the time we set ourselves down on the grass in front of the rotunda however, it was a much more hospitable environment in which to enjoy some live music and we had a totally lovely time there.


One of the things that made the free concert so enjoyable was the quality of the acts that were headlining the event. Bands such as the Atlantic Street Band, Lucky Seven, The Wholias, Matsuri Taiko Japanese Drummers,  Las Chicas Bomba Brazilian Dancers entertained in an atmosphere that was suited to everyone - not just families. You had big band sounds, the sounds of Bourbon Street, Argentine rhythms and some eclectic Bollywood bravura in amongst the set list and it made for a totally enjoyable evening, which was capped off by an early fireworks display at 9PM - perfect for the kids.


But in amongst all these stellar musical acts was one band that stood out like a beacon and had me wanting for more. And, true to form, I embarked on a typically enthusiastic information gathering exercise the next day on the band Gemini Downs. 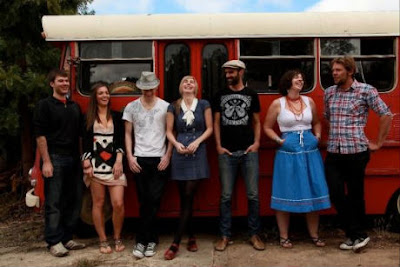 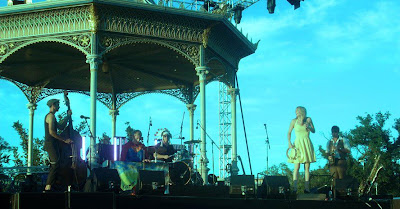 Gemini Downs is a seven piece South Australian indie folk rock outfit who hail from the pretty South East township of Mt. Gambier. Formed by siblings Sean and Jessica Braithwaite sometime in 2010, Gemini Downs takes it's name from a holiday spot on South Australia's Coorong district, where the Braithwaites spent many holidays as children. Their beginnings were unassuming enough but the outfit has since grown exponentially and they now feature a superb line up of musicians from both Australia and abroad. Their music is, what I like to call, heart-land music - a richly Australian sound that turns the traditional notions of folk music on it's head and fuses it with a rock sensibility that is gutsy but understated. Again, I hate comparing here but for the purposes of this article - there are flourishes of The Decemberists, Swear & Shake (who I featured here at DFA Dot Com last year), Australian band The Waifs, Missy Higgins and perhaps a little bit of The Mavericks.


Where Gemini Downs mark their individuality though is in the way they flirt - devilishly so - with the unconventional by bringing a host of instruments to their music including the piano accordion, alto and tenor saxophone, clarinet, mandolins, the Cello even tap dancing. Jessica Braithwaite is a formidable tap dancer who, during the NYE performance in the park, ripped the roof off the place with an enthusiastic tap performance that works - TOTALLY WORKS. Their songs are lyrical poetry and speak of love and places, life in all it's untarnished glory, the passionate and the dispassionate. You will listen for their lyrics but you will experience their musicality as a sumptuous whole and take it all in like a hearty meal that leaves you warm.


My Daughter Rocks Out With the band at Adelaide's NYE celebration.

As their profile Down Under continues to rise, Gemini Downs has already featured on Triple J's Unearthed series which gives exposure to up an coming Australian bands and, at the time of writing, they are working on a debut album to complement a self titled EP release which is available as a download from CD Baby for the princely sum of $5.99. I've already purchased this EP and I can attest to the beauty of the Gemini Downs sound (check my left side bar where I've placed their album cover). It is rich. It is honest and it is wonderfully unconventional.


I hope for big things for this band and given their impressive work rate on the tour circuit domestically, Gemini Downs will be an outfit to watch in 2012. Try out their music. I know you won't be disappointed. 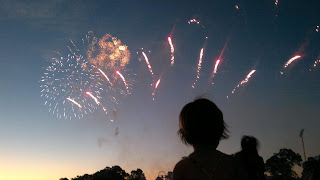 Posted by DeanfromAustralia at 3:42 PM