Planting The Seed - First Look At "Seed" by Ania Ahlborn.

This week I am particularly buzzed to be presenting Ania Ahlborn, a totally rockin' it indie author from Albuquerque, New Mexico. Ania is going to be one of the standout new talents of 2011 - I just have a particular feeling about her. Ania has already established an engaging platform as an author, has garnered a dedicated an loyal following via her blog "21st Century Author" and is about to launch onto the world stage with her debut novel "Seed" - an inventive and refreshingly original horror novel - which hits June 1st across a number of platforms.

So here's the guff on "Seed"

Jack Winter has a secret...he's spent his entire life running from something no one can see.

After two decades, he's sure he's escaped the shadow that haunted his childhood. That is, until his youngest daughter, Charlie, begins to change.

After a sudden highway accident and a flash of soulless eyes, Jack has no choice but to watch his little girl drown in what he's sure is a family curse.

Jack begins to realize that he never outran the darkness. It's just been hiding, waiting for the perfect moment to make a reappearance...

Now, I've had the chance, to preview a copy of "Seed" and I have got to say, this is one seriously fine and spine chillingly effective literary work.

Ania has a very visual style of writing - that is to say - I found myself immersing myself in the the imagery and the atmosphere of her story right from the first page. Her hook was sharp, cinematic even and I have to say, from the outset, "Seed" seriously scared the shite out of me - in a totally good way. The novel is resplendent with some good old fashioned psychological tension that will have you closing the doors, making sure they're locked and making that last two...or three checks of the curtains just to make sure the darkness from outside doesn't get inside. "Seed" is described as being in the spirit of Stephen King and Joe Hill but I think there is a freshness Ania brings to the genre that is very original and thus attractive. Make no mistake, Ania Ahlborn is already right the way up there. 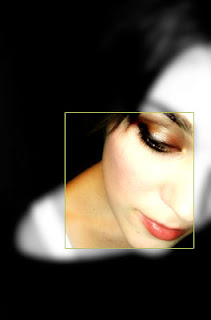 In the lead-up to the June 1st release of "Seed", I got to sit down with Ania and talk a little bit about her writing journey, the genesis of Seed and her blog "21st Century Author" where she compels her readers to think outside of the box...and invites some pretty passionate discussions

1. It's a real pleasure to be able to have a chat with you Ania. Tell me a little bit about your writing journey with "Seed"?

Hi, Dean. First off, thanks for having me. My journey with “Seed”… lets see. I’ve always been fascinated by demonic possession. Does it really exist? Is it just some made-up phenomenon?  It’s something that truly scares me. The concept of losing free will, let alone to something that’s less than human… it’s a terrifying concept. Of course, my weird attraction to squirmy little girls led me to watching movie after endless possession movie, and quite frankly, I was disappointed every time. They normally start out great, but quickly spiral into cheesy horror, and that always gets me; it gets me to the point of making me mad. The concept has such potential for terror, but these movies… the books, they all crap out in the end, like they’re afraid to truly explore the ‘what if’ of the situation. What if demons are real? What if they could take over our bodies? Would we honestly think we could beat them with some chanting and a splash of holy water?

2. I certainly can't argue with that. You are described as someone who enjoys the spookier things in life. What kinds of things or experiences have fuelled your penchant for the spooky?

This is actually kind of funny at how relevant it is to “Seed”. I’ve always been a bit of a ‘weirdo’. One of the houses my parents and I occupied when I was around five or six was a creepy-looking A-frame in . The place is tiny… just a village, and I wasn’t exactly the type of kid to have a lot of friends, so I spent a good amount of time amusing myself. Our house was right next door to Forest Lawn cemetery—nothing but a chain-link fence separating the two properties. Leave it to me to find a hole in that fence and crawl through it every day. And leave it to that experience to make a grand appearance in “Seed” itself.

Also creepily relevant: the first time I was truly terrified. I think I was nine or ten, and it was New Years Eve. My parents decided they were going to attend a New Years Eve party, which left me and my cousin (only one year my elder) alone in the house for an entire night. Earlier that day my mom took us to a video rental place. At the time my parents had only been in the States for a handful of years and weren’t fluent in English, nor were they too good at reading and writing; I say this because I highly doubt my mother would have ever approved The Exorcist otherwise. I mean, if the cover had had a picture of a sickly grinning demon girl on it, my mom would have flipped. But it didn’t. It had a silhouette of a Priest walking up some steps. It must be a Bible story, right?

That was the first time, and the last time for about two decades, that I saw The Exorcist. You’d think an experience like that would sway me from having anything to do with horror again. Of course, it didn’t.

3. I still have to peel myself off the ceiling when ever I watch the Exorcist. In "Seed", you have a richly drawn cast of characters. Was there one character in particular you found yourself drawn to specifically/more than the others? Why?
As a writer yourself, you know as well as I do that there’s a little piece of us in every character we write. I threw the terror I felt that New Years night into Jack, the main character. I put my smart-assed personality into six-year-old Charlie, party for comic relief, partly for creep factor. I was a really quiet kid, so I put that into Charlie’s sister, Abigail. And I’m sure if you ask my husband, I’m a handful to deal with at times, so I put my tendency to overreact in Aimee.

As far as being drawn to a particular character, it’s a close tie between Jack as a kid and Charlie. There’s something about the spirit of those two that I caught that really resonates with me.

4. They are two fascinating characters indeed and I enjoyed observing them in the story Ania. The novel has a taut story line and you have balanced the tension factor brilliantly. What is your "method" for constructing your stories? Are you compelled to have a detailed plan before you write or do you let the story guide you?

I didn’t really have a set plan for “Seed” when I sat down to write it. The only thing I knew for sure was that I wanted two stories running parallel to one another. I’m a big fan of stories within stories. It keeps the narrative fresh and interesting, and that was my ultimate goal. The second thing I knew I wanted to incorporate was the South. I have a ridiculous love for . Those who have been there understand the magic that buzzes through the air. I wanted to capture that to give the story a gritty down-home feel—almost a sense of warmth despite the horror that would occur. Otherwise, there was no plan. I knew the characters, I knew the end result, and that was it. I’m a believer of allowing the story to tell itself.

5. Oh - I could kiss you right now - I love it!!  Now, you have really captured my imagination with your blog, 21st Century Author, and you make some fearless observations about the state of the writing/author social network, which I applaud. What drives those observations?

But seriously… the world is getting weird. People are afraid to say what they mean; they’re self-conscious of their own opinions, and while a level of ‘filtering’ is definitely required, people have gotten scared to speak their mind. I think its bullshit. I mean, hell, if everyone was scared of everyone else and what other people think, I would have never written “Seed”, because who wants to piss off the God-fearing church-goers of the world? Don’t get me wrong, I don’t stir the pot on purpose. It isn’t like I sit at my computer and think ‘well, today I’m going to write an outrageous post that will piss off a lot of people.’ That takes way too much planning and energy. I write my blog posts on the fly. Sometimes they’re decently agreeable. Sometimes I spout off whatever’s on my mind and they become a bit hilarious. Sometimes, yeah, they piss people off… but whatever. Being passionate about what you believe reminds you that you’re alive, and I’m definitely alive.

6. Tou-fricken-che! I say! So, what are your hopes for "Seed"? Do you have in mind some sort of bench mark that you'd like to achieve with the novel or are you taking more of a wait and see approach?

Do I have hopes for “Seed”? Absolutely. I shouldn’t be in this game if I don’t. Do I want it to be wildly successful? Yes. Do I want to be in the top 100 Kindle books? Um, yes please. Do I think it’s going to happen overnight? A girl can dream, can’t she; but no. I know these things take time, and I know my patience will be tested. Now, rather than waiting for rejection slips I’ll be waiting for daily sales counts. But I’d rather be waiting on sales counts than for some overstuffed NYC agent to send me a scrap of paper telling me I’m not good enough. In my mind, I’ve already succeeded. I’ve written a book that, personally, I think is damn good. I have a killer cover and I’ve already built a pretty solid platform for myself, even before the book’s release. For a debut novel with nobody but myself to rely on, I think I’ve done a bang-up job. Will that translate into sales? God, I hope so. Will it stop me if it doesn’t? Not a chance. I’m as relentless as I am opinionated. I’ve wanted this to be my career for a long time, and now that I have a chance… I’d be stupid to let it slip through my fingers.

Ania, this has been an absolute blast! Congratulations on the upcoming release of "Seed" and I sincerely hope that we will be seeing more of you in the near future.

So there you have it. "Seed" will hit the shelves this coming June the 1st and I highly recommend you purchase the book and visit Ania's blog to keep abreast of all her happenings in the meantime.

As I said earlier, watch out for this girl - she is definitely one of my #authorsyoushouldknow.

DFA.
Posted by DeanfromAustralia at 1:27 AM