And I finally come to the second major character in The Hambledown Dream, the person who is responsible for all of this.

Dennis "Denny" Banister is another one of those characters that has been with me for pretty much my entire adult life. He began his own life waaay, way back in 1996 or thereabouts, when I first began working on my futuristic political thriller novel "Syndrome". In that work, Denny was the protagonist - a Bladerunner-esque detective in a dystopian future who is on the hunt for a shadowy terrorist cell who may or may not have infiltrated the U.S. government. He was portrayed as a dogged but defeated man in his mid-30s who has turned his back on the Australian Federal Police after a botched sorte into South America which resulted in the deaths of two members of his crack counter terrorism unit, and he has retreated to rural Victoria, Australia to raise a daughter he barely knows alone. His wife had died some years before and...yada, yada, yada...

We all know by now where that story ended up don't we...

But as with certain other characters who now populate the pages of "The Hambledown Dream", Denny's was a character I was reluctant to let go of. Of all of them, Denny was the one character who stuck with me through my early failures as a writer and the opportunity to incorporate him into the novel was one too attractive to resist.We witness in just a few short pages, the tragic decline of a wonderful, loving and generous young man. Not to miss gifted also. He is a virtuoso guitarist of a truly sublime talent - one who can deliver both a technical mastery of the instrument as well as an emotional well spring that drives his ability into seemingly unattainable directions - a stark contrast to the technically brilliant but emotionally barren qualities of Andy DeVries.

Denny has the world at his feet. He has just completed an architectural degree, he is about to start his own business and he and Sonya are planning to announce their engagement. All that is cruelly taken from him when Denny discovers - too late - that he has inoperable cancer. In a breathtakingly short time - he is terminally ill and about to die. A brilliant life, a brilliant light - cut short much too quickly. But just when we think that all is lost for this young man, we are given subtle hints that suggest that Denny's journey may not yet be over. We witness Denny's life in flashback as we witness the synchronicity of another young man's journey in mirror image. 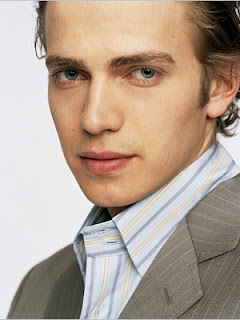 Actor Hayden Christensen, the inspiration for the character of Denny Banister.


In visualizing Denny as the vibrant and alive young man in the dreams that are peppered throughout the novel, I was drawn to Canadian actor Hayden Christensen as a physical template. Christensen, whose work in George Lucas' Star Wars prequel trilogy was examined more critically than most other stars working in that genre, delivered a performance in a much smaller production called "Shattered Glass" which, I felt, was nigh on perfection. Christensen is capable of such intensity which he delivers through his eyes and his subtle gestures. He can be malevolent and soulful, witty and tender. He is not nearly given the credit that he is deserving of. There were a number of dream sequences in the book which I crafted with both Rose Byrne and Hayden Christensen firmly in mind and they worked really well.

Denny's journey, is as tangible and real as the journeys of my other characters and in writing it, I found myself wondering about the nature of death, what lies beyond and how the strength of love may well play a role in the continuation of a life beyond death.

DFA.
Posted by DeanfromAustralia at 9:25 AM