At 3AM this morning, during a quiet lull at work I nearly fell off my chair whilst listening to the latest episode of my favorite internet talk radio show Keith & The Girl.

Keith & The Girl gave The Hambledown Dream a wonderful plug!

I was actually pre-warned by one of the KATG stalwarts "Newsy" who happened to be on IM at the time that Keith's mention was coming up and I have to admit, I was quietly crapping myself. As a comedian, Keith Malley is acerbic, blistering but bloody funny. What would he have to say?

You see, there is a bit of a history behind this, because I have been chasing Keith & The Girl for a while now in the hope that they might make a mention of the novel on their show. The only way I could do that, though was by sending them a copy, which my publisher graciously agreed to do on my behalf.

Keith & The Girl is a show, quite unlike any other. It does not conform to a particular genre, they are not constrained by the rules that govern terrestrial radio. Thus they are, in a word, able to get away with anything. Which they do, but it is all so wonderfully funny. I eagerly await each new episode like an addict waiting for his next hit (pardon the pun).

Anyway - despite the sarcastic raucousness of it all - the piss-takey nature of Keith's...rant...there is a lovely spirit underlying his little plug for my novel. I have been beaming like an idiot the whole day since I heard it... 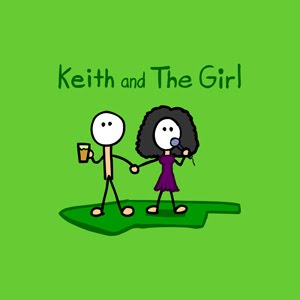 Posted by DeanfromAustralia at 10:24 PM