Something Radical - A Schwannoma Diary (#12).

I had thought that there would be no more of this story to tell...

Never say never - or so the old adage says.

I'm roughly 8 months out from the surgery I had in December to remove a cystic tumor - a schwannoma from my spinal cord. This was the recurrence of a tumor I had removed as a teen from the S1 nerve nerve root some 30 years ago. No one expected - least of all me - that it would return, but it did, albeit in a degenerate form. 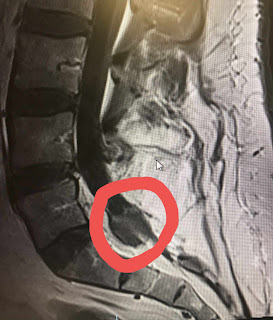 My recovery from December until now has been slow but steady but I have struggled with the effects from the damage to my spinal cord. Pain, altered sensation, bladder and bowel dysfunction (which has, thankfully, improved). Pain has been the overriding feature with much of it localizing in my left leg and hip. While constant, it varies in intensity from an ache that prevents free movement to an intense, deep pain that is accompanied by an electrical storm of pins and needles. Sometimes I feel as though my legs are on fire. At its worst, I can't walk. I can barely move. Most days, I can push through and function with the help of medication, but there are days when I am reduced to tears and I have to hide myself away, let the tears flow, and then somehow carry on.

I returned to my neurosurgeon last week to discuss the situation and, hopefully find a way forward. I wasn't expecting much - possibly a repeat injection of corticosteroid into my spinal cord at the level of the surgery and damage to the cord. I was introduced to something a little more radical. Neurostimulation or Spinal Cord Stimulation (SCS).

The theory behind SCS holds that by implanting a series of electrodes into the spinal column, just above the first layer of the protective tissue of the spinal cord itself, and then passing a precise electrical current through those electrodes, it is possible to interrupt the pain signals travelling from a damaged region of the spinal cord to the brain. Interrupting those chronic pain signals leads to less pain (obviously), less dependence on pharmaceutical interventions and an improved quality of life. The therapy has had a profound effect on many thousands of patients, changing lives and freeing them from crippling chronic pain from spinal cord injury. 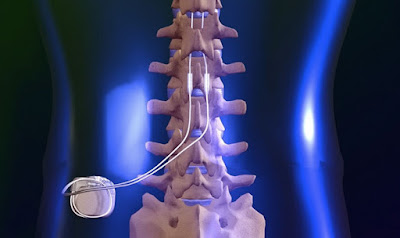 This will involve my neurosurgeon placing a pair of leads or paddles into my spinal column, positioning the paddles over the dura of my spinal cord, then tunnel those leads down to an area just above my pelvis where she'll implant the device and battery pack. The leads will be connected to the device and she'll close up. 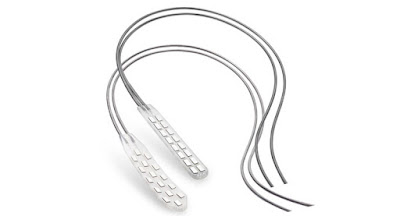 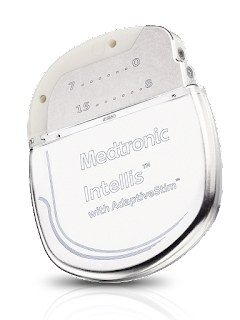 I'll then work with a product specialist, who will give me a device about the size of a smartphone, and set up a series of programs that will enable me to manage the device day to day in a variety of situations. The end goal, hopefully, will be an end to the chronic neuropathic pain I've been suffering from since early last year.

Had it been anyone else suggesting this course of action, I would have dismissed them as crack potted. Because my neurosurgeon suggested it - a) I'm surprised and b) I'm now very interested.

I met with a representative from the medical technology company Medtronic Australia this morning to go over the technology, the benefits and potential risks, to discuss the surgery and post surgery pathway and what to reasonably expect long term. I am a good candidate for SCS because in most other respects, I'm fit and healthy, I'm active - I swam my first, unbroken 1000 metres over the weekend - and the nature of my spinal cord injury has been shown to respond well to SCS in a large population of similar patients. It isn't a sure thing however. I have been warned that it might not work, or work as well as I might hope. I'm keeping my expectations in check.

So, I'm moving forward with this. It is worth a shot. I want to be free of this pain. I want to eliminate or, at the very least, reduce my reliance on medication to manage my pain and I want to swim. I want to swim a lot. In amongst all of the bad stuff, swimming has been the one refuge from pain, my inability to move and my depression and anxiety. I think I'm actually really good at it.

I want to write again. A lot.

Tomorrow, I undergo a series of X-rays and MRI scans to map out my spinal column in detail in order to assess and plan for the surgery. I meet with my neurosurgeon again next week to go over the results and then book a time for the surgery.

I'm sharing this - mainly for myself. It keeps things clear for me which helps when I'm not feeling so good - this tends to be a lot lately. I'd be happy for you to join me on this one. I'll post more as things develop.

DFA.
Posted by DeanfromAustralia at 9:26 PM