The Victorian Trooper #9 - Twilight By The Sea.

After 35 years of service in the Victoria Police, Sergeant 1st Class, Joseph Ladd Mayes retired in December of 1895. His service record shows he was discharged on a full pension and superannuation payments allowing him to live a comfortable life in retirement. His pension alone was calculated at 138 pounds, nineteen shillings and sixpence annually. 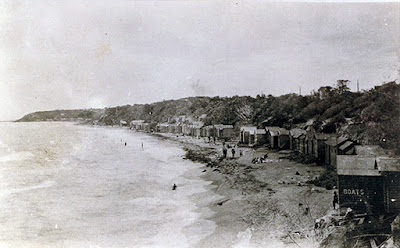 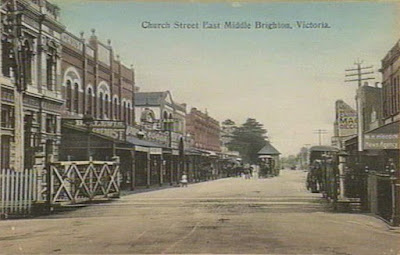 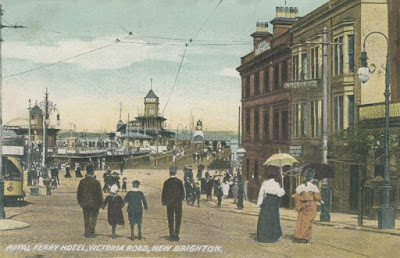 They lived at a house in Union Street, curiously named - "Toronto". Union Street is a particularly lovely street off the Nepean Highway, South East of Melbourne. At that time, most of the houses there faced onto a parkland and small creek - the evidence of which, still exists, providing a quiet sanctuary for the residents. I've had this vision of Joseph Ladd Mayes taking an early morning walk along that creek, perhaps with a Cocker Spaniel in tow for company, to a local corner shop or newsagent to fetch the newspaper the way my grandfather George used to do when he was still alive.

How did Joseph and Eugenie spend their days? Quiet walks along the beach? Joseph sitting on the porch of the house with a pipe and that newspaper while Eugenie knitted or crocheted? What were the lives of Edward, Mary and Norman like at Union Street? Were the elder Mayes children a fixture in their lives? All grown up with families of their own and living their own lives in various parts of Victoria, South Australia and NSW?

It is known that Joseph Ladd was involved in raising funds for his countrymen back in Ireland who were still struggling with the remnants of the Potato Famine. Now retired one wonders whether he involved himself more in the fund raising side of this charity.

The Mayes family saw in a new century, saw the federation of their country and perhaps celebrated the birth of the nation.

Joseph Ladd Mayes died on the 11th July 1902 at their Union Street home after a stroked. He is reported to have lingered for two days. I certainly hope that he did not suffer.

Meticulous to the end, Joseph Ladd Mayes ensured his affairs were in order before he died. Among the family collection, is his last Will & Testament, dated July 4th 1898. It is a fascinating, if simple document, written by Joseph Ladd himself in which he sets out clearly, what his wishes are. He request that the sum of 25 pounds be set aside for his daughter Rebecca Mayes "of Brighton, aforesaid Spinster". Joseph Ladd also made a request that the sum of 20 pounds - but not more than 25 pounds - be set aside for a headstone to be erected for his first wife, Mariann at Bulla just north east of Melbourne. His signature, effected with a frail hand at the end of the document, is a poignant reminder of the man. 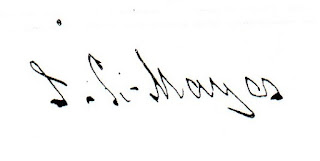 Together 'til the end, it would remiss of me not to include Eugenie's signature - written a few days after his death - beside her late husband.

Eugenie dutifully carried out his last request traveling to the town of Bulla herself to see that Mariann was given a fitting memoriam - one that exists to this day. 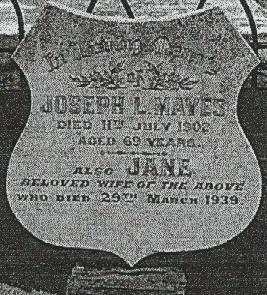 Joseph Ladd Mayes' body was ferried from the Union Street house on Saturday, July 12th, 1902 at 3.30PM and was interred, after a small service, at the South Brighton cemetery. His death was recorded in an obituary that appeared in the Brighton Southern Cross newspaper on the 19th July 1902.

Eugenie lived on for another 37 years - a loving mother and grandmother to a growing family which no doubt enriched her life. I get the sense of a proud and loving woman in the New Years Day 1918 photographs that came into our possession in the early 2000's. No doubt, her family sustained her and, at least partially, filled the void her husband had left.

Eugenie moved from the Union Street residence to New Street, Brighton.  Eugenie Rebecca "Jane" Mayes died after a short illness in 1939 at the Oakwood Avenue home of her son Norman Hector. A love story, spanning twenty years of life while they were alive, continues on into forever. Eugenie Rebecca was buried with her husband. 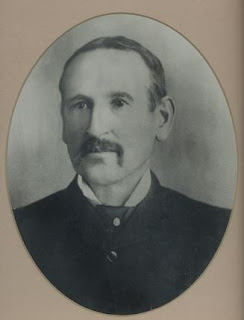 For all intents and purposes, their family might have assumed the memory of their parents might well fade into distant memory. They might further have wondered what the future for the Mayes family would hold. Time tends to weaken the bonds of memory. But, chance discoveries decades later often bring these stories back from the distance and allow them to live and breathe once more. 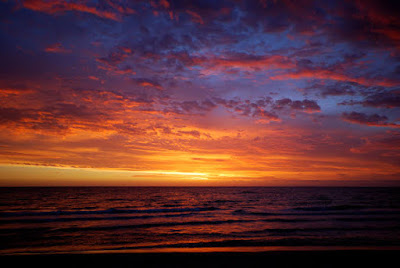 Posted by DeanfromAustralia at 2:32 AM