Perhaps the most comprehensively documented of Joseph Ladd & Marian Mayes' children, their first, John Adolph was born in Ballarat on the 23rd January 1860, during the period that Joseph Ladd was stationed at Pitfield.

John Adolph was present with the family through the period in the early 1870's when Joseph Ladd was on secondment for the Victoria Police Force overseas, then later at Marysville.

Looking through some photocopies of hand written letters, we find the correspondence between John Adolph and his sister Rebecca. We also find a brief letter from his mother Marian, which is undated. The text of that letter reads as follows;

I see in today's Age that (----) Middleton and C Ward Callan married.

I am glad that your confirmation class is to be open again. Everything is quiet here at present and I hope will continue to.

His most tangible presence is recorded in March 1878 when, as an 18 year, he was the recorded witness on the death certificate of his mother Marian at Broadmeadows. Sometime afterwards, John Adolph's adventurous spirit saw him leave Victoria for Wilcannia in the south west of N.S.W.

In 1835, explorer Major Thomas Mitchell was the first European to visit the region, in which he traced the Darling River to what is now Menindee. In June 1866, the township of Wilcannia was proclaimed. In 1871, the population was 264, and grew to 1,424 by 1881. During the 1880s, Wilcannia reached its peak, and had a population of 3000 and 13 hotels and its own newspaper, the Western Grazier. It was, with Wentworth, Echuca, Mannum and Goolwa, one of the major Murray-Darling river ports which played a vital part in the transport of goods, notably wool and wheat, in the days of the paddle-steamers.

It is not immediately clear what occupation John Adolph initially pursued in Wilcannia District. In 1888, aged 28, he was awarded a gold medal by the Wilcannia Rowing Club as crew member for winning the “rowing scratch fours” race. 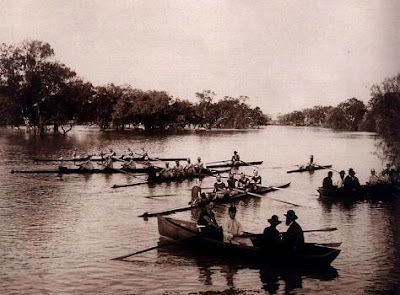 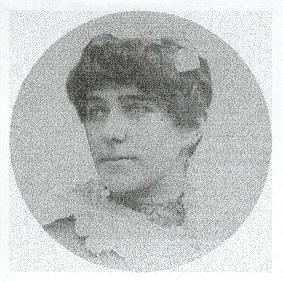 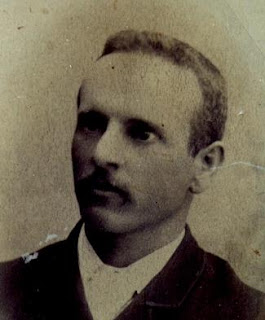 Apart from the medal, his marriage and the birth of his son, no other information is on hand to tell us what sort of life style John Adolph and his family had in Wilcannia.

Between 1896 and 1898 John Adolph moved his family to White Cliffs where he worked an opal mine on Turley’s Hill in partnership with D. Cowan. The pair was said to have barely scratched a living from the mine. In 1898 he purchased two blocks of land at White Cliffs, though no houses were ever built on the land.

We can only image the difficult task for John Adolph in raising his two boys. They were cared for during the day by nuns at the Catholic Nunnery. John Adolph never remarried.

A short time after Julia’s death, John Adolph had an accident chopping wood. A chip flew up into his eye causing severe damage. He was taken to a Sydney hospital for a major operation but unfortunately he lost the sight in that eye.

During his mining venture, an alarming incident was recorded when the opal mine John Adolph was working caved in and he was buried alive. The townspeople and miners, with shovels and bare hands worked desperately to dig him out, not sure if he would have survived. Miraculously, he was still alive. His hat had slipped over his face, creating a pocket of air that saved his life.

We do not know if John Adolph or either of his boys journeyed to Melbourne, for the burial of Joseph Ladd in 1902. It is not clear what the relationship with the extended family was at that time.

His two sons eventually left White Cliffs, worked in New South Wales for a time then moved to South Australia where they spent the rest of their lives.

Between 1915 and 1926 John Adolph returned to Wilcannia and started a saddlery business in the main street. The business became a resounding success and, it seems, John Adolph became a prominent member of the Wilcannia community. He was elected the honorary secretary of the Wilcannia Hospital Board. During this period he discovered fraudulent activities by two board members and reported this to the Administration. Unfortunately the word of the members protesting their innocence was such that John Adolph was branded a liar. 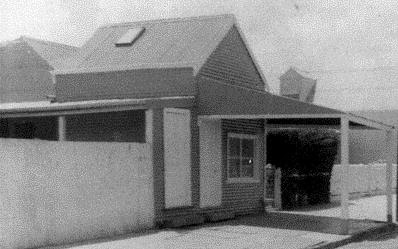 This did not deter him from gathering indisputable evidence of their guilt and within a year the two members were charged and found guilty.

In 1929, aged 69, he  wrote a “History of White Cliffs”. The document is held by the White Cliffs Historical Society. 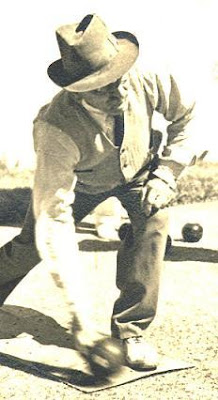 In 1935 he traveled to see his eldest son John Joseph, who was married with a family and living in Quorn South Australia. Two years later he died in Wilcannia on 30 May 1937, aged 77.

DFA.
Posted by DeanfromAustralia at 2:40 AM