My Strange Addiction - Bad Reviews & Where To Find Them.

They're nothing new. They are part and parcel of being a published author and, if there is one thing I've learned after seven years of writing and being published, you are bound to get one - or two.

Even with all of the advice I've received about bad reviews and the knowledge that you can't please everyone all of the time, there are occasions when the bad review cuts - and cuts deep.

Of course, one nexus where authors can almost be guaranteed of seeing bad reviews of their work is Goodreads. The Amazon owned, global hub of just about any book that has ever been published is either a blessing or a curse for the working author.

I still haven't decided which.

Sure, it's a platform that gives exposure to an author's work, allows discussion and interaction about that work and literature more broadly.

In the past couple of weeks, some reviews have appeared on the Goodreads entry for The Recipient that are less than kind. In a word  - they suck. I won't relay the details of them for you here. You can visit the entry for yourself and check them out. Suffice to say, there are no positive take aways in them. There is nothing in them that I could use to apply to better myself as a writer. Over the course of several hundred words, their basic take-home is, 'This is shit. Move on.'

You maybe asking, why would you do this to yourself Dean? Why would you visit a site like Goodreads, if you know that the reviews may not all be good?

Well - because reviews matter. Reviews are still the pre-dominant indicator of an individuals decision to purchase or not to purchase. If the reviews are bad, and they come from a reviewer of influence, that is quite a powerful position to be in.

I've had plenty of advice, saying to avoid reviews - good and bad - and I know, intellectually, that is the right thing to do.

I'm close to a stage of burn out. I've recently had two patients at my work pass who I were really close to and I think they affected me more than I am willing to admit. There has a constant pressure associated with the daily grind. Work, the school run, the weekend sports, juggling the house hold budget, my health. Not to mention the challenges of trying to remain creative and finish a story that I've committed quite a lot to emotionally over the past year.

I missed a pressure release valve somewhere along the way.

In those moments, I find myself indulging in a crazy little game of self flagellation. There is something about bad reviews that is strangely attractive. It's almost like, seeing a bad review acts as a sort of leveler. That, even after multiple titles, you're not actually top stuff at all. You're not even decent. You're a fraud. 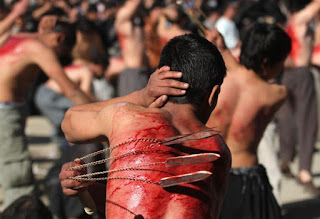 The best place, it seems, to do that is by visiting Goodreads and checking up on your reviews. Ignore the good reviews and go straight for bad ones and bask in them like some strung out drug addict.

I've endeavored to adhere to the idea that all reviews are valuable. All reviews offer something that an author can use to better themselves. Truth is, not all reviews are helpful. In fact, there are actually bad, bad reviews.

And it still hurts.


Posted by DeanfromAustralia at 6:40 PM