Talking Star Wars & Revenge Of The Sith With Jogcast Radio.

On Sunday afternoon Down Under, I guested on Australian Star Wars and pop culture podcast Jogcast Radio with Adam P. O'Brien in which we recorded an epic film commentary of Star Wars: Episode 3 - Revenge Of The Sith.

As part of Jogcast Radio's "brutally honest" podcast series on the prequel trilogy, we dissected the final film in the trilogy with a critical surgeon's knife but, at the same time, we unavoidably affectionate. Adam marveled at how Ewan McGregor carried his character, we both agreed that Ian McDiarmid should have been nominated for an Academy Award and I defended Hayden Christensen way too much. This commentary was just one part of a massive 4 and a half hours of ‪Star Wars audio goodness featuring a cast of Australian ‪‎fan boy Rogues including Ryan Stampfli and 'My Saga's' Adam Harris.

Oh & during the episode, I dropped a massive bit of news about my upcoming novel "The Recipient". 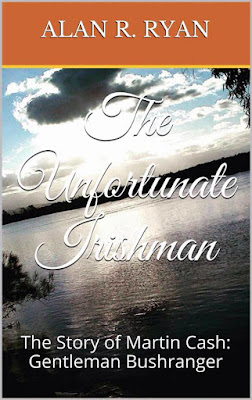 Check out The Unfortunate Irishman by Alan R. Ryan - available now for Kindle.