Have we, as authors, reached the point of Peak Twitter?

Last week, I had something akin to an epiphany with respect to Twitter as a marketing or promotional tool.

In a blisteringly honest blog post entitled "Please Shut Up - Why self promotion as an author doesn't work.", author Delilah S. Dawson surgically dissected and examined everything that is currently wrong about author self promotion and why, basically, it is a futile endeavour. 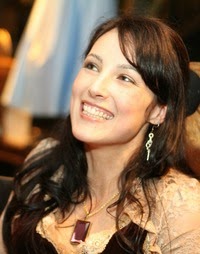 To be clear, Dawson didn't actually conclude that self promotion in its entirety doesn't work. But she did illuminate a lot of the things that authors do that simply aren't effective as a selling tool. From Twitter to Facebook to Instagram and others in between, Dawson examined each of these platforms and explained why each of them, as a means to promote, market and sell, are an abject failure.

Twitter is essentially an echo chamber in which the millions of shouts of "BUY MY BOOK" of are bouncing of the walls and hitting nothing. With Facebook, it is the gross manipulation of that platform by Zuckerberg's minions that compromises its worth. it basically forces you to hand over cash in the hope that, by boosting or promoting your "BUY MY BOOK" shouts, you *might* reach a larger audience...of bots. With Instagram - nobody is on Instagram because they want to "BUY YOUR BOOK".

The post got a lot of attention - viral attention - and it was an equal spread of loving and loathing. Dawson's conclusion was that there are no sure fire answers to selling books in this over saturated market place. But, her take away message was - for me - a positive one.

An author can self promote, but the goal of any promotion should not be to push themselves onto a prospective audience. Any promotional effort must be one that pulls an audience towards them.

Dawson then discussed the ways in which an author can do that effectively but, with caveat that any promotional effort takes commitment and hard work and a whole lot of luck.

"Literature is not a #teamfollowback sport."

This was the best line of the article.

It got me thinking about my own approach to self promotion as an author and how I have conducted myself over the years.

I freely admit that of all the mistakes that can possibly be made with respect to social media promotion, I have made them. I've done whole #teamfollowback thing, participated in hash-tag parties, exchanged likes for likes and up-clicked reviews on Amazon for authors who've asked me to do so.

It doesn't work. None of it works.

I've had a Twitter account in a couple of incarnations since 2010. In that time I have done things that I thought one should to foster visibility. Follow as many authors as possible, re-tweet the shit out of them, do the hash-tag thing, promote, promote, promote, BUY MY BOOK.

Conversely, what I was seeing from my efforts on Twitter, was a whole bunch of follows from other authors, a ridiculous amount of automated messages and/or @ replies pointing me towards Facebook pages and Amazon author pages and BUY MY BOOK requests. At first, I stupidly saw it as kind of exhilarating - to be seemingly receiving so much attention from so many people.  I didn't get the concept of "automated" tweets.

And then I got it...And I didn't like it. It doesn't work. None of it works. And it didn't make me happy. In fact, it just made me depressed.

Recently, I read an article about the concept of Dunbar's Number. Proposed by British anthropologist Robin Dunbar in the 1990's, Dunbar's Number is a suggested cognitive limit to the number of people with whom one can maintain stable social relationships. These are relationships in which an individual knows who each person is and how each person relates to every other person. That limit or suggested number is 150.

At the end of last week the number of people I was following on Twitter was up around the 800 mark.

So I began to look a little deeper into the kinds of people I was following on Twitter, particularly my home feed. I didn't like what I saw. An endless stream of BUY MY BOOK or BUY HIS/HER BOOK. I'll admit, I stopped going to my home feed a long time ago because of this very trend but focusing solely on this feed for the purposes of observation was kind of a shock. And then I clicked into a few of the profiles.

How can anyone reasonably expect to have any kind of positive or influential interaction with these kinds of metrics?

You can't. There is absolutely no possibly of cutting through with the sheer enormity of these numbers. Though I suspect, that is not the aim of the game for these particular people. They've bought into the #teamfollowback mantra as enthusiastically as worshippers at a Benny Hinn sermon.

Well, they can have it. But they won't have me.

With Dunbar's Number in mind (though not necessarily the end game), I've mercilessly culled the number of people I'm following on Twitter. As a platform, I've decided that it is no longer about promoting or marketing or indeed hard selling.

I am after something more meaningful, more organic - real interaction. At a time when many are questioning the value of Facebook as an effective means of communication for communication's sake, I wanted to test the question of whether Twitter can be anything more than an echo chamber of snot.

The results, so far, have been encouraging. I actually scroll through my home feed now. I see content that is much more engaging and entertaining and thought provoking - such as the Delilah S. Dawson article. I have interacted with people purely for the pleasure of conversing without any agenda or motivation. And it is a place that I want to be - infinitely more-so than before. My actions are in no way an indication of my reluctance to follow new people in future. It just means that I want more out of this social networking tool than I did before. I will be more discerning.

For promotion, marketing or selling ourselves as authors, we have indeed reached Peak Twitter.

It is not the answer. 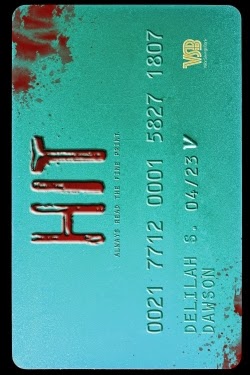 Posted by DeanfromAustralia at 9:22 AM