Flying with Georgina Penney - A Look At Fly In Fly Out.

So, you know how I've told you in the past that I'm a sucker for a good romance novel. Well, I just have to tell you about one that fell into my hands last week while I was waiting for a flight at Adelaide airport and it had me enthralled for the whole rest of the week.

There are few books that I can say that I've devoured from the first page. With the Australian penned romance Fly In Fly Out from Georgina Penney, I was suckered into this delightful story from roughly page two and it did not let me go until I closed the last page earlier today, sleep deprived and thoroughly satisfied.

After months working on an oil rig in the Atlantic Ocean, engineer Jo Blaine can't wait to get home. Her job is tough, and she is desperate for some long-overdue girl time. When she walks through her front door to find an unexpected man in her house, she's tempted to head straight back out to sea.

Stephen Hardy has always felt guilty for the part he played in ruining Jo's leaving home years earlier and jumps at the chance to make amends. It takes some fast talking, but he finally convinces Jo to let him look after her apartment and her giant cranky cat while she's away on the rig. And by the time she leaves for her next shift, they're both eagerly anticipating her return.

But balancing family and friends with a new relationship when you're never around is tricky, and Jo is also keeping secrets about her past. After a lifetime of taking care of herself, Jo isn't used to sharing her problems – especially when they involve her messy family history. Picking up the pieces every time she comes home is getting harder, and Jo begins to wonder if a fly-in fly-out lifestyle is really worth it . . . 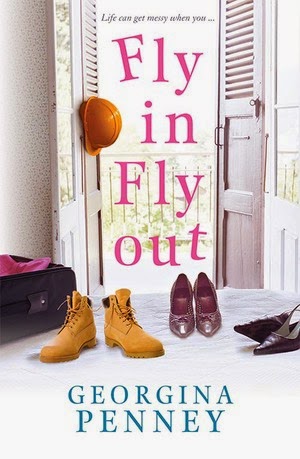 Billed as a romance, Penney's Fly In Fly Out offered so much more - a story of real depth and emotional weight that came after a sassy, smart and sexy beginning. At times, the twists and turns were quite unexpected and I found myself completely invested. It explores the often rough and tumble world of the Fly In Fly Out oil rig worker as seen through the eyes of Jo Blaine, a head strong and independent engineer who is holding her own deftly in a male dominated industry. It also ventures into complex family relationships and Penney takes some risks in portraying difficult moments which come off really convincingly. The supporting cast are all vividly drawn and very appealing. From Jo's vivacious and perky sister Amy, her photographer best friend and confidant Scott, to the rugged and enigmatic Stephen Hardy, they all became real to me in short order and I really liked being among them. Penney's dialogue is sharp and witty. I could hear it naturally and it flowed effortlessly off the page. Penney's settings too, from the chic river side Perth suburb of Fremantle to the picturesque vineyards of the Margaret River in Western Australia are tactile and all consuming. Once I found myself there, I had a very hard time wanting to leave.

Fly In Fly Out is a surprise packet. A modern Australian romance that satisfies on a number of levels - from the deliciously sexy to the emotionally heart felt. I was hooked and remain so, long after having my fill. 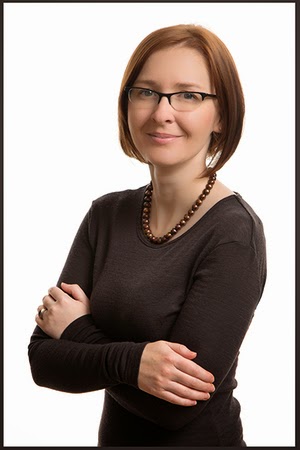 
Today she lives with her wonderful husband, Tony in the Scottish wilds surrounded by hairy coos (yes - coos, because that's how they roll in Scotland) and far too many procreating rabbits.

Georgina is also one half of the Bookish Tarts Podsnuggle - the other half being Australian based author Rhyll Biest - which can be heard roughly fortnightly on Soundcloud.

Buy Fly In Fly Out here.

DFA.
Posted by DeanfromAustralia at 7:25 AM