I was chatting to a dear friend of mine this morning and we were lamenting that Robin Williams was perhaps one of the most influential actors - nay people - of our generation.

Sure, there have been celebs who have come and gone, but Robin Williams was something else. He was a pop culture icon before we even knew what they were. 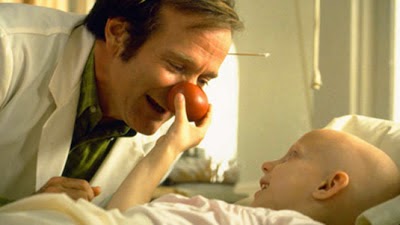 I watched "Mork & Mindy" on the black and white TV when Channel 8 was the only channel we could get in our house.

The movie "Popeye" was one of the first films I ever saw on VHS.

A comedy album he recorded in the early to mid 80's was one of the first "rude" records I ever heard - the kind you listen to in your bedroom with the volume turned way down because you're afraid your Mum might hear it.

"Good Morning Vietnam" was the movie that introduced me to the music my parents grew up with. It was also the film that really brought home to me the futility of war.

"Dead Poets Society" was the movie that inspired me to read more, to treasure words and to never accept mediocrity.


Boys, you must strive to find your own voice. Because the longer you wait to begin, the less likely you are to find it at all. Thoreau said, "Most men lead lives of quiet desperation." Don't be resigned to that. Break out! break out now is the time!

He is no longer here.

I weep for him.

DFA.
Posted by DeanfromAustralia at 7:36 PM