Every so often, an author appears from out of the cacophony of authors and you just know right away that there is something unique about them - something that you can't quite quantify in words. There is a magic about them, the way they devote themselves to the craft,  the subsequent offerings they present that seem to transcend genres and the enthusiasm which they project in talking about the craft. You just can't help but be encouraged in your own enthusiasm for the craft that we share as authors and you want to share it around as much as you can.

So when I happened across author Madeline Standing this past month and struck up a conversation about her craft and her life more generally, I was immediately captivated by her spirit, her desire to connect and foster a sense of goodwill in the world.

Standing describes herself as an author and writer, but she has embraced so much more onto her palette that is worthy of highlighting. From yoga instruction, to volunteering for charities devoted to women recovering from abuse, Madelaine's accumulated life experience, her vigour and positivity stand out as something really beautiful. 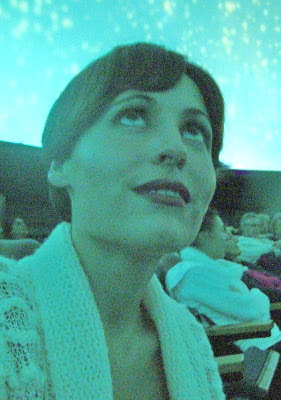 Her journey towards writing began when Madelaine left home at the age of seventeen after completing high school requirements in the state of Florida. She took a sort of left turn by enrolling in a semester of acting classes and, though theatre life was one of intrigue and fun, Madelaine recounts that it wasn't long before she became wrapped up in the world of words written by Anais Nin and Ayn Rand, thanks to her older sister’s suggestion.

I began travelling down the California coast starting in Santa Cruz, California and I stopped at Santa Barbara for a few months where I took a side route and immersed myself in painting with the locals on the mountainsides.  A writing course at a Northern California Institute of healing and fine arts led me back on the trail of expression through letters.

Soon after, Madelaine moved to Los Angeles where she lived and worked in a building housing an independent movie production company.

Before too long I was being given scripts to read and study, and eventually report on by writing synopses on them.  When one of  my  feedback points regarding a movie script was incorporated into the movie by the director, I realized then, that I might understand stories more than I was yet to understand.

A year later while living in the Midwest in between European travels with extended family, Madelaine began to explore her own way with words.

My first attempts were comical both to myself and to those close to me in reading them, but that did not deter me. Through perseverance over the next six years, writing notebooks atop notebooks of ideas and stories I came to understand that writing, for the strong at will, is a gift that can be nurtured, thought it may not be first nature at the start.

Creative Writing classes at Emily Carr Art Institute and University of British Columbia with Paul Belserene, in addition to the course taken in Northern California, helped give her a basis for the craft of novel writing.  Books by Steven King, Betsy Lerner and others also gave her a great deal of insight along the way and from these seemingly separate threads a tapestry was beginning to weave itself together, forming the direction that Madelaine was destined to take - the destination being her first novel.

In Croatia and the United States I wrote the first draft of what is now Heaven in the Meat Packing District, my debut novel.  My travels, my love for humanity and the natural environment have fuelled me and continue to do so in my creative process. 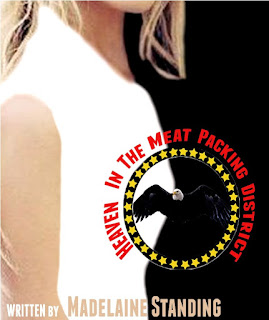 Heaven in the Meat Packing District follows two seekers of enlightenment, Valencia and Kai, on their path to realizing the power within themselves. Kai and Val become the subject of science experiments within the Meat Packing District of New York City. When Sheldon, the man conducting the experiments, is threatened by the police into taking the participants out from his care, Ana McKenna, an investigative reporter, is called on to deliver justice where it is believed to be deserved.

The book will be released in three parts over the course of the remainder of 2012, culminating in a completed work by December.


As the title suggests, the novel is set in the Meat Packing District of Manhattan. It is a thought-provoking piece in the sense that it invites readers to explore the natural environment’ s current day challenges, but it is also highly-entertaining - as attested to by its accumulated readership thus far.

I wrote the book on the premise that readers are given the opportunity to delve into the world unseen that well-written fiction offers, while the book also encourages readers to consider their individual place within the world.  I hope people will leave the book upon completion with the sense that they are a unique human being, as well as the notion that there is still so much more for us as a collective community to wonder about when we step out the front door in the morning and look around.

There is still much work to be done, as Madelaine begins to continue work on her second novel.  She actually has three books in total she plans to share - the second, with the working title of "Tova" takes place in her home town of Virginia Beach in the United States.

Outside of her writing, Madelaine lives in Vancouver, British Columbia where she balances her career as an author with study, learning and teaching holistic arts such as varying types of Yoga, Meditation, Pilates, Life Exploration, and Reiki.  Looking from the outside in, one might wonder how she manages two professions of such contrast.  She explains how they effortlessly balance one another.

Hours of sitting at the writing desk, glued to my computer, leave me needing to not only meet up with community, but also to move! And, vice versa, so much time spend outward, socializing, and helping others through the craft and vehicle of the healing arts, leaves me needing to go within. Be still. Reflect, and then express the discoveries that arrive from having done so.

Madelaine keeps busy by volunteering for women’s resiliency after encountering abuse.  She has been incredibly passionate about playing a part in the lives of other women since March 2011.  EmpowHer classes have been offered, funds have been raised at the local community organization she’s played a part at, and hearts have been lifted.

Madelaine and her book Heaven in the Meat Packing District cannot be pegged into any particular genre. Her unique approach to life and writing are as interesting and diverse as any author I've encountered and I applaud her for it. She is all kinds of beautiful.