The Slowest Curve/Adena Atkins - There Need Be No Other Title.

I love it when I discover music that has been crafted rather than simply produced. Music as an art form has long been underestimated. This is especially true today when you consider the kind of music that occupies the mainstream. It is bereft of artistry. It resembles an item in an Ikea catalog. It is soulless.

So when you find examples of music that have been sculpted with real care and honesty, they become something to treasure - something as tactile and tangible as art on a canvas, in a piece of clay, or a surface metal. They live and breath.

Seattle based singer/song writer Adena Atkins is a discovery I made this past week that proves my maxim that there is definitely artistry in music and, in her own music, there is much to experience on many levels. It involves all the senses.


I have arrived at Adena Atkins music through her début EP, The Slowest Curve. It is a recording that, I'll admit, caught me off guard and it took me a couple of listens to get my head around what it was I was listening to. But, right from the opening refrains of the first track, there was a tangible "something" that hooked me and before too long, I was addicted. 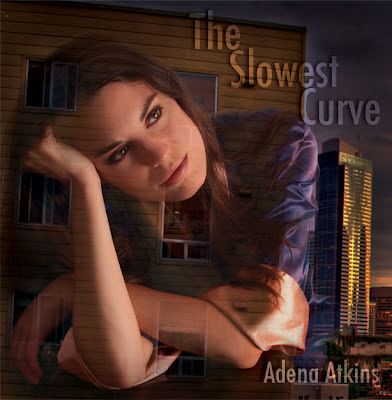 I'm gonna toss another of my esoteric side notes in here and say that I was reminded, a little, of David Gilmour's pairing with British Trance outfit The Orb for the 2011 Metallic Spheres album. Both compositions are highly experimental in their execution and dance with a thematic under-current to drive the music forward.


On The Slowest Curve, Atkins and her producer partner, Jay Pinto, craft - from the ground up - four tracks which have the thematics of the four seasons at their centre. Each track is set in front of a window in the morning and the listener is invited to "see" what the artist sees through the glass. Atkins describes parallels with the impressionist work of painter Claude Monet, whose repetitive compositions highlighted variety in light and colour. 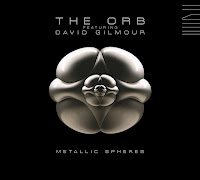 Appropriately, the album begins with a track entitled "Glass" and it immediately challenges the listener with an off-beat signature, reminiscent of Phil Collins "In The Air Tonight". There is a sensuality within the track as it depicts the voice of two lovers during the autumn. It speaks of trepidation, of fragility, of wanting to surrender yet hesitating - akin to the leaves falling from the tree. "End Of Story" moves into a darker, more cynical phase as winter descends upon the lovers and we observe conflict within them - a disconnect. It is deceptive here because the music itself has seductive energy to it. Transitioning into spring, "April Rain", is a subtly uplifting piece as the darkness of  the winter dissipates. It hints at the passing of a significant amount of time between the lovers, yet there is a sense of rediscovery in each other. Rounding out the recording is "Hot Gray Morning" and here we find the voice is singular now, reflective as she sits by a Boston window - looking out and reflecting on having left her home. The song has a languid, gospel feel to it. As the listener, you drift on its back and it concludes quietly, with warmth and absolution. In all of Atkins tracks, there is no lyrical repetition. Atkins herself explains that they follow a poetic structure, showing concern for small particulars such as mallow, stained glass, pigeons, and creeks. These might seem overly random and of little consequence within the wider context of the pieces, but they are in fact, essential ingredients. Nothing is added, either lyrically or musically, that should not be there.

At the core of the artist is her exquisite voice which Atkins has honed over many years of performance. Her approach to song is from the discipline of soprano but Atkins has extended herself immensely, taking her voice farther and in varied directions from classical and opera,  to jazz, atmospheric and even pop. Thus, she can occupy different aural spaces, centering her vocals there and owning that space effortlessly.

As a song writer, Atkins takes her astute skill of observation and constructs lyrical poetry with song in mind, but the lyrics stand on their own terms as a beautiful language that are at home on the page without music as they are within the music she weaves for them.


Musically, Atkins is at home with experimentation, infusing her sound with heavy keyboards, digital percussion a la Peter Gabriel and a side of bass. She pairs these traditional elements with a variety of other sounds - both organic and inorganic - including a hurdy-gurdy, typewriter, running water, bassoon, a creaking boat, bells, vocoder, a string quartet, and even a gong. In isolation, they are abstract and, seemingly, without meaning. As part of Atkins whole - they are everything.


Adena Atkins has entered my catalogue and now occupies a special place where atmosphere and feeling within music run freeely. She has challenged me to appreciate a truly artisan style of music and she has captured me.

Posted by DeanfromAustralia at 10:00 PM