I'm Going To Talk To You About Women.


A friend of mine once made the observation of my writing that I am able to grasp female protagonists really well. It hadn't actually occurred to me that there was anything especially remarkable about this but on reflection, it is clear that as an author, I have gravitated towards strong women characters in my work.

In my first novel, The Hambledown Dream (2010), I conceived a grieving young lawyer, Sonya Llewellyn, a fiercely independent woman who is left to pick up the pieces after the death of her true love. Hers was a character study in grief based, in part on my observations of my paternal grandmother, who lost her husband to cancer after 48 years of marriage. In Gifts of the Peramangk (2012), I portrayed a complex Aboriginal matriarch in Virginia Delfey whose secret gift may or may not hold the key to her family's redemption. Here, I was influenced by my experiences as a community nurse, working with many Aboriginal families in the suburban fringes of Adelaide and noting how central and authoritative matriarchal figures are. 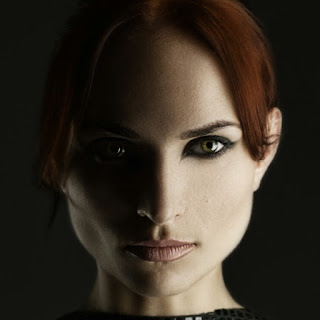 Casey Schillinge as portrayed by a stock photo.

In my 2016 psychological thriller, The Recipient, Casey Schillinge is a young heart transplant recipient who is introduced to us as her life hangs by a thread. At the eleventh hour, she is given a second chance of a donor heart. In the subsequent story, she is remade as a troubled young woman who sees her gift of this life saving heart as a curse that holds a dark secret. In this instance, there isn't so much a template for this particular character as there is an instinctual drive on my part to create a compelling female protagonist who, in the tradition of strong pop culture heroines like Ellen Ripley, Lisbeth Salander and, more recently, Imperator Furiosa, gets to kick some serious butt. 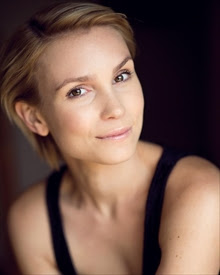 Australian actress Sophie Bloom was the inspiration for Isabelle Sampi in The Artisan Heart.

in my 2018 novel, The Artisan Heart, I returned to my romantic roots with a gentle tome about a brilliant paediatrician, Hayden Luschcombe, who - having lost everything after a tragic event - returns to his home town in the mountain country of Southern Australia. There he encounters Isabelle Sampi, a struggling single mother who is trying to resurrect a moribund bakery in the town of Walhalla whilst raising her hearing impaired daughter. Isabelle is introduced as another independent, no nonsense woman who is driven to succeed as a business woman and mother and has no time for matters of the heart. Her secret past makes her wary of men in particular, until the handsome and damaged young doctor arrives in town and gradually dismantles her defenses. The story starts out with Hayden as the protagonist, but I like to think that Isabelle becomes the protagonist by the end of it.

Where does predilection to write female characters come from? As a male writer, I have tended to occupy a space that many would argue is not suited to me. Well, I can say that it was never a conscious "thing" where I said to myself - 'I'm going to break through a gender wall and shake things up'.

I simply enjoy writing women and, as my many readers have fed back to me over the years, they very much enjoy reading them, noting how fully realised, dynamic and believable they are.

The fact that I am a male writer who chooses to portray strong female characters doesn't make me unique but, I realise that it does place me into a fairly niche group - one that has been regarded with some antipathy in literary circles.

In a 2013 article for The Hairpin, blogger Ester Bloom bemoaned the apparent inability of male writers to accurately portray female characters. "Far too often...when you open up a book by a male writer—even a good male writer, and occasionally even a great male writer—you encounter ladies who are a variation on one or more of four themes: virgin, whore, mother, bitch." 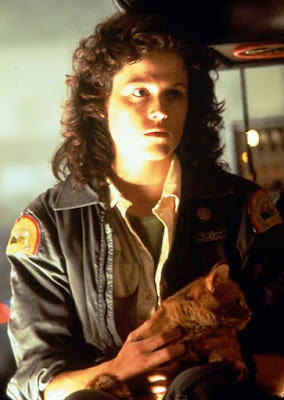 Bloom goes on to deride the mysoginistic tendencies of male authors in their depictions of women based on these four themes. Though, she does acknowledge some works where men have, sometimes, gotten it  right...almost.

Putting aside the healthy dose of snark contained in the article, it illustrates the kind of antipathy I hinted at; the suggestion that men can't possibly hope to accurately portray women in fiction.

I recounted to Australian romance author Georgina Penney on the Bookish Tarts Podcast, that in drawing my protagonists - regardless of who they are -  I am,first and foremost, drawn to their humanity and how that humanity serves the story I'm telling. What are their goals? What are their motivations for achieving those goals? How do those goals serve the story? These things happen regardless of gender.

When it came to sketching the characters, having decided they were going to be women, I'm certainly not bound by arbitrary themes such those mentioned by Bloom - nor am I writing with an agenda. It comes down to observation.

My own observational skills are keen. I am inspired by human behaviour and interaction and I reflect on the people who have influenced and inspired me. It happens to be the case that a lot of those people are women.

Central among these are my partner, my mother and my two grandmothers. These are women who have nurtured me and guided me in life, who I have communicated with and learned from. There are the colleagues I have worked along side as an Intensive Care Nurse - often in high pressure situations requiring a special kind of resolve. And there are my writing colleagues - my publisher and editor, fellow writers and artisans with whom I collaborate with and learn from.  All of them are strong and independent women, filled with wonderful complexity and dynamism -from which I have mined enthusiastically for material. 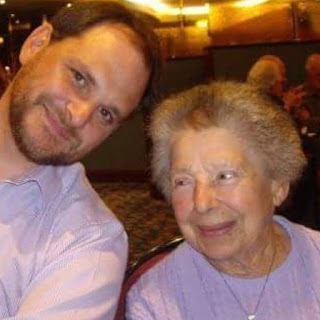 Jean was as tough as Ellen Ripley...possibly tougher.

I admire and respect these women and they have enhanced my appreciation of what makes a strong, well drawn female character. It is perhaps, no accident that their character traits find their way into my fictional creations.

There isn't any great secret to writing character - be it male or female. The key ingredient to any character is an ability to imbue them with and convey genuine humanity, one that invests the reader in the protagonist's journey. As a writer, I see it as essential to be able to observe and accurately reflect that humanity.

Oh, and women are really great.

DFA.
Posted by DeanfromAustralia at 7:36 AM