If you've never had Magnetic Resonance Imaging (MRI) performed before, it's a difficult experience to distill into a basic description. Having thought about this over the past few days, I think the best way to sum it up is in two words - a peaceful panic.

I consider myself a veteran of the MRI machine, having undergone more of them than I care to count over the past twenty or so years. So, I no longer experience the crippling claustrophobia I felt when I first entered one of these machines back in the 90's. That's not to say the feeling is totally absent. I mean, I still lose my shit if I get tangled up in a sleeping bag, so I retain a certain, unhealthy fear of tight spaces. The MRI and I have, somehow, come to a mutual understanding. We don't fuck with each other. 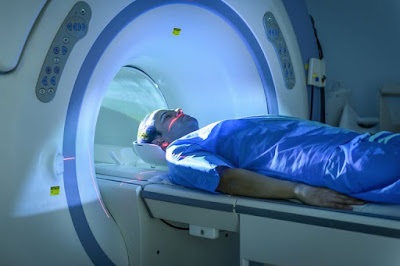 Entering the two foot wide tube on Sunday was kind of a mundane exercise - if you could call it that. I went into this scan with a clear sense of the objective. We were to map the tumor sitting in my spinal cord in preparation for surgical intervention. Knowing this, and having the clinical knowledge that comes from over 20 years as an Intensive Care Nurse, I didn't feel a great deal of anxiety.

Once my entire body was delivered into the entirety of the machine - then, it was a case of, "Oh Shit! I'm in this confined space for at least half an hour and I have to lay completely still."

Of course, they do give you a panic button and headphones - mainly to block out the frightening sound of the magnets circling at insane speeds around your body - but also to pipe music or radio talk back of your choice into your ears as a measure of comfort. I chose the broadcast of the Test Cricket between Australian and India at the Adelaide Oval but the radiographer had a difficult time actually finding the station. For several minutes, I had FM radio blaring Billy Idol's "Hot In The City" in my ears. As I was feeling an uncomfortable warmth in my pelvis (real or imagined), I thought the song was appropriate. 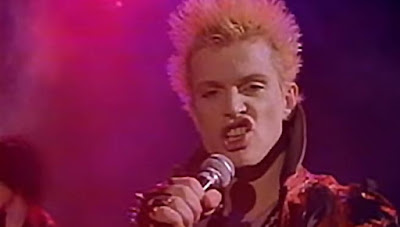 Somehow, the radiographer fiddled with the dial and, like that first bit of radio static you hear on Pink Floyd's "Wish You Were Here", the Cricket broadcast was eventually found.

Recently, I have been using a meditation app called "Calm". Like the many guided meditation apps that are available at the moment, this app focuses on the breathing as your centering strategy, while voice guidance - provided by the wonderful Tamara Levitt - lulls you into a state of relaxation and...well...Calm! throughout each, roughly 15 minute session. 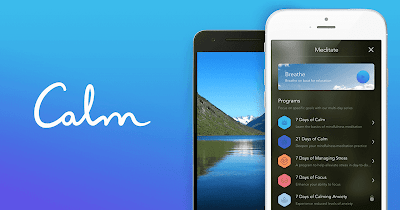 This method of breathing and focus came in handy while I was in the machine. I found I was able to push away the chaos of the magnets spinning around my body, assaulting my tissues with their insane fields of energy, and find a state of being that helped. The claustrophobia - the panic of feeling claustrophobia - peeled away from me and, funnily enough, even the sound of the magnets became a tool with which to enhance my state of calm. Of course, the cricket helped as well.

Not Billy Idol though. He's a tool.

The set of pre and post contrast images, focusing on the lesion in my spinal cord, were good images. At first there was a little confusion because the tumor didn't take up the contrast as readily as was expected (tumors are inherently vascular). It has become cystic, space occupying, which accounts for the leg weakness and pain, the urogenital dysfunction and my lazy bowel, so it has to be dealt with sooner rather than later.

I meet with my Neurosurgeon tomorrow to discuss the results and go to the next stage. 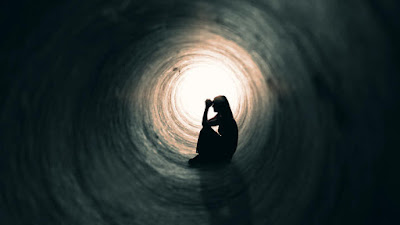 Emotionally, I'm ragged. I'm at war with my thoughts - my anxieties. Knowing I have this parasitic "thing" within me does not encourage good tidings. I can't plan anything - certainly around Christmas or beyond. At a time of year where everything is insane and people have to think 12 steps ahead, I'm forced to live day to day. Plans I've made with the family have to be held in stasis until we know more and I feel a pressure cooker of expectation. Most of this of course, is in my own head. I don't want to let people down - most of all my kids who, at this time of year are filled with Christmas butterflies. And time always moves slowest when you don't know the answers to their questions.

I'm also asking the question, why did this thing come back? That has been playing on my mind more and more and, of course, that can't readily be answered. I know I shouldn't ruminate over that too much because there's no use in it. It came back and that's all there is to it. 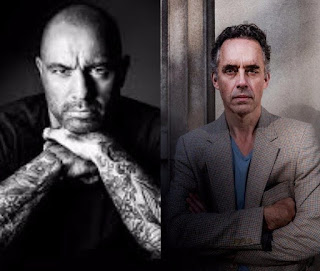 I listened to Joe Rogan talking with Jordan Peterson over the weekend and they were talking about the nature of struggle. Peterson was saying that struggle is an inherent part of human nature - of being - and it's how we approach the struggle that determines our character. I'm trying to approach all of this with strength and focus. It's elementary really. This thing has got to come out. I've got to accept the struggle and navigate the path through it.

I've got too much living to do.

DFA.
Posted by DeanfromAustralia at 3:58 PM