The best Star Wars conversations, in my mind, are the ones that recall the best bits of your childhood. You know those ones - where you would gather round with your bestest friends, who were as equally in love with the saga as you, and you would wonder, speculate and imagine where George Lucas would take the story next.

In the early 80's, that was my experience. Riding my BMX around the back hills of Yallourn North with my friends, playing cricket in the park, talking Star Wars whenever the opportunity arose. In those heady days, particularly during the years between The Empire Strikes Back and Return of the Jedi, there was never more enthusiasm for the franchise. There was a wide eyed wonderment, an innocence - and there were none of the complications modern day Star Wars fandom seems to attract with ferocity. 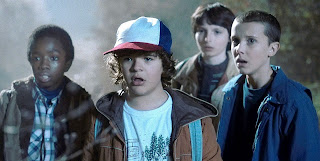 I thought those innocent conversations were a thing of the past and I've often lamented it. With the advent of podcasting, a whole world of conversation is now available at ones fingertips - literally! And while this is welcome, for me, it's been a quest of mine to find a show that harkens back to those days in the early 80's when Star Wars was king.

The Bad Motivators podcast is, perhaps, one of the best examples of Star Wars commentary that captures the essence of my childhood wonderment around Star Wars. The brain child of Eric Strothers, Luke Cruser and Dallas Woods, The Bad Motivators broadcasts weekly and covers the latest news from the Star Wars franchise, discusses the hot topics which has captured the attention of fans and explores the wider themes from the franchise that have so inspired millions around the world. 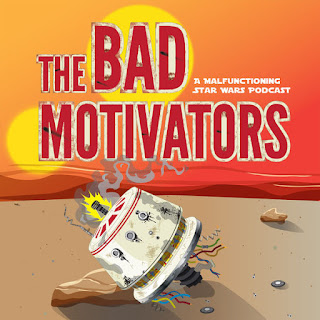 The genius of the show - which takes its name from a scene in A New Hope where Luke Skywalker informs Uncle Owen their initial droid purchase from the Jawas has a bad motivator - lies in the infectious enthusiasm of the hosts, who approach Star Wars in a way which recalls that childhood wonderment I spoke of earlier. I've noted a tendency for Star Wars themed podcasts to approach the franchise with a cynicism, a need to knock aspects of the franchise they don't like. These shows also make the mistake of making the show about themselves and they assume a sort of ownership over Star Wars that leaves little room for inclusiveness, a variety of viewpoints and a respect for the franchise.

The Bad Motivators approach their fandom with reverence for the saga, a positivity that is refreshing and an enthusiasm for their audience. They invite you in, make you feel welcome and you leave with a smile on your face. 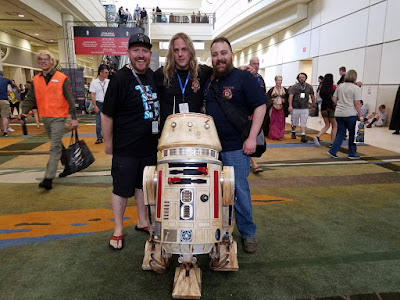 I often wonder what it would've been like to have lived back in the 80's and had access to the kind of podcasting The Bad Motivators produce. I think it would have made the experience just as cool. In this day, and age though, The Bad Motivators shines a positive light in the dense world of Star Wars fandom.

DFA.
Posted by DeanfromAustralia at 6:51 AM