Galactic Catalyst - My Take On Star Wars Catalyst - A Rogue One Novel.

Catalyst: A Rogue One Novel by James Luceno

War is tearing the galaxy apart. For years the Republic and the Separatists have battled across the stars, each building more and more deadly technology in an attempt to win the war. As a member of Chancellor Palpatine's top secret Death Star project, Orson Krennic is determined to develop a superweapon before their enemies can. And an old friend of Krennic's, the brilliant scientist Galen Erso, could be the key.

Galen's energy-focused research has captured the attention of both Krennic and his foes, making the scientist a crucial pawn in the galactic conflict. But after Krennic rescues Galen, his wife, Lyra, and their young daughter, Jyn, from Separatist kidnappers, the Erso family is deeply in Krennic's debt. Krennic then offers Galen an extraordinary opportunity: to continue his scientific studies with every resource put utterly at his disposal. While Galen and Lyra believe that his energy research will be used purely in altruistic ways, Krennic has other plans that will finally make the Death Star a reality. Trapped in their benefactor's tightening grasp, the Ersos must untangle Krennic's web of deception to save themselves and the galaxy itself.

James Luceno is one of my favourite Star Wars writers and having gotten comfortable with his prose in previous works, I found Catalyst easy to slip into here. He has a distinctive, lyrical writing style which I'm aware is not to everyone's taste but I have always found it to be engaging and satisfying. In fact, I was relieved by the familiarity as I was worried that Luceno would actually be hampered by the oversight of the Story Group - so much that his unique voice would have been stymied. I'm glad this wasn't the case. 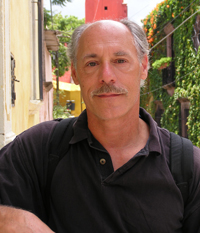 Catalyst traverses a time period in Star Wars that I have long been fascinated with - that being the Dark Times between Episodes 3 & 4 of the cinematic saga. It is a period that I've thought has been neglected in Star Wars storytelling so to find such a compelling story being told that features the Death Star's conception and construction, a story that explores the devastating rise of the Empire was satisfying.

Luceno's attention to the cast was absorbing and vivid. I found myself particularly drawn to the character of Lyra Erso - Galen Erso's devoted and head strong wife. I thought Lyra's arc throughout Catalyst was really compelling and I empathized with her struggle to open her husband's eyes to the truth of how Imperial Commander Orson Krennic was manipulating them both. Lyra had to dig into her reserves of strength to prevent her's and Galen's world from collapsing and I thought it was emotionally visceral and ultimately satisfying. I was reminded a little of the relationship between the famed mathematician John Nash (A Beautiful Mind) and his wife Alicia. Alicia Nash was said to have been John Nash 's anchor throughout their long relationship and while mental illness wasn't a feature in Galen Erso's characterisation, his genius and accompanying "eccentricities" required Lyra to have a lot of patience and strength. I really cheered for her. 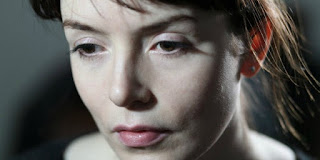 The other surprise packet for me was the character of Has Obitt. I really liked his evolution from selfish (?) smuggler to conscientious freedom fighter and his was another instance where Lyra Erso made a positive and poignant impact.

And of course, Orson Krennic. How exquisite is this character?! Knowing Ben Mendelssohn's work as an actor and his capabilities in both protagonist and antagonist roles, Luceno's fleshing out of Krennic was a joy to read and I know I'm going to go into Rogue One watching Mendelssohn's performance closely. 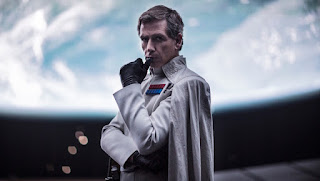 (Australian actor Ben Mendelssohn as Orson Krennic in Rogue One.)

I was so excited for Catalyst and James Luceno's novel didn't disappoint. It captures the epic scale of a Star Wars story with characters as immediate and compelling as those we have come to know from the existing cinematic saga. I'm so excited now for Rogue One this December.


View all my Goodreads reviews
Posted by DeanfromAustralia at 2:01 PM