I go off on tangents.

Having the kind of mind that just won't quit is both a blessing and a curse. This past week, it has been a blessing.

I began the week strong, in a writing sense, and I found myself advancing the tendrils of my current work in progress forward. It was really satisfying. I tend to work in a linear fashion but often I'll get bursts of inspiration that will have me going back in the time line of a given story in order to add nuance to earlier scenes or help me to clarify things that I was struggling with in those earlier parts of the story. Or, I'll go off on tangents.

So, I arrived at a scene in which my protagonist, Hayden Luschcombe, had identified a problem with a motor vehicle owned by my other protagonist, Isabelle Sampi - simply by hearing the sound of the engine. Let's just say that Hayden has savant qualities. He declares that the problem with Isabelle's van (she's a Baker/small business owner by the way) is a blocked fuel line and he offers to help her fix the problem until she can get it properly appraised by a qualified mechanic. They live in the mountains of Victoria, Australia in a town that is far from a mechanic. 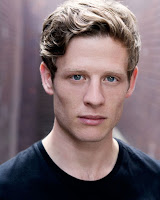 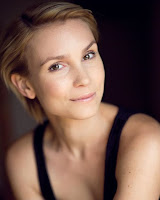 This presented two problems for me. One - I am not a mechanic. I know a little bit about cars that will help me out of a jam but that's about it. Two - what homespun, ridiculous-but-effective method could I come up with to unblock a fuel line of a 2011 Holden Combo commercial van.

Here's where the tangents kick off. I started by researching the basics of modern motor vehicle fuel systems. What they comprise of, how they pass fuel from the tank to the engine, what the ingredient of modern fuels contain and what scenarios contribute to the blocking of a fuel system. I learned quite a bit from this exploration although a lot of it went quite over my head.

Once I had the anatomy and physiology of a modern motor vehicle fuel system worked out, I progressed to coming up with a homemade method for unblocking a fuel line. Now, as I write this, I'm still trying to nut this one out. See, a fuel line is essentially, a metal reinforced rubber hose which is capable of getting clogged up with a number of impurities from motor fuel. And there are any number of solvents out there that are capable of unblocking said hose. But, for the purpose of my story, it has to be home made and it has to sound - on the surface at least - totally ridiculous. At the moment, I have three ingredients that could be employed, either singularly or perhaps in combination - bicarb soda, citric acid and vinegar.

I probably need to sound out an actual mechanic as well but, given I still have major problems with my voice, I'm reluctant to introduce myself to people I've not met before.

I'll work it out I'm sure but if you have any suggestions or know a motor mechanic who can offer up a suggestion, please do point them in this direction.

On the subject of my voice - I know it's been a while since I've spoken about it here but things aren't really progressing in that regard. It's painful to attempt vocalization and when I do, I have this over sensitive gag reflex that kicks in. On a full stomach, it is not pretty. I've lost a few meals because of it, so I avoid it as much as possible.

As someone who enjoys conversation, to not be able to engage in it is isolating. I recently attended a family party and it was a stark experience. I found myself sitting quietly in a corner, observing others rather than being in amongst them. I mean, contributing a handful of nods here and there isn't really very engaging. And the totally acceptable noise level at a party make broken speech impossible so...yeah...

It's still a work in progress but I fear, at this point, there isn't much work left that I can do.

Here's a lovely piece of irony for you though.

I returned to work a while back and it has been good, even though I've been essentially mute.

One of the first patients I nursed on my return was a young woman who had a large, malignant brain tumor removed. In the immediate aftermath of her surgery, she was doing okay but she unexpectedly had a bleed that rendered her unconscious and she was in a coma for a long time. Gradually she recovered her consciousness but she was mute - really only able to communicate with her eyes and broken hand gestures.

I was allocated to her and it became a great partnership because we both developed a method of communication with each other that transcended speech. She made it possible for me to nurse despite my impediment and that gave me a much appreciated boost in confidence.

She can speak now. She's actually doing very well and we now have a kind of running joke that she got her speech back faster than I did.

It's heart warming you know.

I can take *something* from this situation.

DFA.
Posted by DeanfromAustralia at 2:14 AM