The Recipient - Music That Inspired A Novel.

For those of you who know me, I have been described as a very musical writer and indeed, music is an integral part of my writing process. They are sources of inspiration that help me to conjure mood, create and refine scenes and lend an atmosphere to my work.

During the writing of The Recipient, I drew upon my love of music once again and though it doesn't feature as prominently in this story as it did in my previous novels "The Hambledown Dream" and "Gifts of the Peramangk", there is a strong musical undercurrent that informs The Recipient.

In that vein, I'd like to present a playlist of songs that were influential in the journey of The Recipient and a little bit of the story behind their contribution.


When I came to putting together the teaser trailer for The Recipient, I approached Aberdeen based rock band ElevenEleven to seek permission to use a track off their 2010 EP "Memoirs - Part One". Titled simply "Prologue" - this instrumental piece provided the perfect atmospherics I was looking for in creating a teaser that would draw the reader into the world of The Recipient. It's rumbling bass intro combined with frenetic guitar licks from Eliot Leonard and powerful drum riffs from Ross Senkbeil underpin the foreboding visuals in the 84 second trailer and I'm really pleased that the band allowed me to use the track.

You can find more of ElevenEleven's music at their official Bandcamp page.


I've long been a fan of the Foo Fighters and when I was writing some of the very first scenes of The Recipient, I was listening their 2008 album "Echoes, Silence, Patience and Grace". I eventually incorporated the first track off that album into one of the introductory scenes where we meet Casey Schillinge, 3 years after her life saving heart transplant. I was particularly drawn to these lyrics in the song - I'm the voice inside your head / You refuse to hear / I'm the face that you have to face / Mirrored in your stare. They fit with the battle that Casey Schillinge is waging inside her own head with the nightmares that plague her. Though she doesn't yet know why those nightmares are there, she has a sense that they are not her but, rather, someone else's.

Visit the Foo Fighters at their official site.

Right the way back at the very beginning of The Recipient - even before I knew what this novel was going to be about, I was listening to Kate Miller-Heidke's 2012 album Night Flight. Whilst I was holidaying on Kangaroo Island, I became really drawn to two tracks off that album - "Ride This Feeling" and "Sarah'.

Last year, as I was approaching the completion of the first draft of the manuscript, I returned to Kate's album and became captivated by these lines from the song "Ride This Feeling";

These lines came to represent Casey Schillinge's determination to find out why she is experiencing her horrible nightmares. As she propels herself further into the mystery, Casey becomes single minded, she follows her gut - she 'rides her feeling' until she discovers the truth of her circumstance.

I approached Kate's management team and Kate herself to ask permission to reproduce those lyrics as a quote at the beginning of the book and, to my utter delight, they kindly allowed me to do so.

It was Miller-Heidke's track "Sarah" that really helped me to shape the tragic back story that would eventually underpin the entire novel. "Sarah" is about a girl who goes missing at a music festival and turns up much later having no recollection of where she went. I took that idea and re-purposed it and it became a critical element in The Recipient.

During the writing of the latter part of The Recipient, when I was clear about the direction it was going to go, I was introduced to Melbourne based rock outfit Heaven the Axe by my brother. Fronted by quite possibly the most powerful rock chick I've ever heard in Phoebe Pinnock, their track "Enemy" became anthemic for the emerging battle Casey Schillinge wages within herself and without - against the unfolding conspiracy surrouding her donor and her tragic fate. Dark forces are disturbed by Casey's persistence and an Enemy will emerge that will threatens her life all over again.

Visit Heaven the Axe at their official site.

Nashville based folk-rock band Swear & Shake have occupied a special place in my heart and my music playlist since I discovered them back in 2012. They are a sublime musical outfit who explore wondrous places and states of mind - in no small part due to the hypnotic vocal talent of Kari Spieler and Adam McHeffey.

Their track "The Light", off their 2012 LP "Maple Ridge" offers a sense of reflection that informs the conclusion of the journey of my protagonist Casey Schillinge and I was really inspired by the soulful - almost hymnal - quality of this particular song.

The Recipient will be out in stores everywhere from May 1st, 2016. Pre-Order you copy now from Amazon, The Book Depository, Boomerang Books (Australia) and where ever good books are sold. 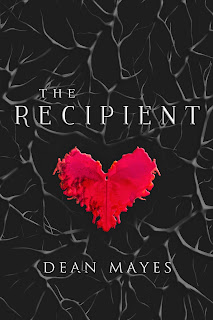 For your chance to Win a Copy of The Recipient, a $25 Amazon gift card and a donation in your name to Amnesty International - Enter the exclusive The Recipient Competition NOW. 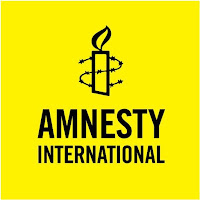 DFA.
Posted by DeanfromAustralia at 8:21 PM