Feeling the Pull - A Look At Pull by Anne Riley.

On my book shelf at home, sits a title I bought a few years ago called "The Clearing". It was written by Alabama based author Anne Riley who, at the time, released the novel herself and it made waves back in 2011 - 12 as an exciting YA entry filled with suspense, action, engaging characters.

Having sought to pursue a publishing deal with an established house, Anne Riley spent the next few years working diligently on her writing and her pitches - all the while raising a young family and forging a career as a teacher. Now, all that hard work has paid off and I write this on the eve of Anne's debut release for Spencer Hill Press - an equally exciting YA actioner called Pull. 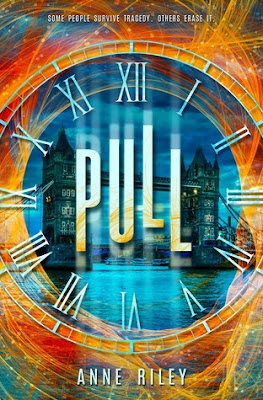 From the cover notes;

Rosie Clayton witnesses a mugging on her first night in London—and then the scene rewinds itself.

She finds herself standing in the same place again, with the mugging happening just like before, except this time a stranger steps in and stops it. There's no way the same incident can have two outcomes. Rosie thinks she’s losing her mind, until just a few days later, the stranger saves her.

The stranger, Albert, and his band of misfit crime-fighters, have the special ability to Pull, which allows them to rewind just enough time to undo a recent event. Someone is hunting Albert and his crew– and now that Rosie’s been seen with them, she’s a target too. Rosie is left with no choice but to trust Albert to keep her safe.

As Rosie learns more about this unbelievable ability and the people – if you can call them that – who want them dead, she discovers that the group’s desire for her blood might be more than mere coincidence. Each step into this magical side of London introduces Rosie to a family history that she never knew existed, and dangerous forces that could unravel her world in an instant.


Her family may be the reason they’re all being hunted—and she may be the only one who can figure out how to save them. Sure, between the lot of them, they have a few shots to get it right. The thing about Pulling, though, is you have to be alive to do it. 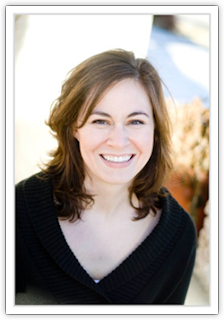 With its London setting and its exploration of the other worldly abilities that Anne Riley has bestowed on her cast, Pull promises fans of taut, YA fiction  - and broader science fiction - a unique and refreshing thrill ride. Anne Riley's immediately accessible style, her attention to crisp and quick fire dialogue and her skill at world building. In the run up to the release of the novel, Anne Riley's commissioned a trailer that typifies all the great things I have come to know about her style and, in the context of generating a buzz for this release, it hits a home run.


In addition to the trailer, take a look at this very cool interview Anne put together in support of the novel.

I really like Anne Riley and I think that Pull has the potential to be a major success for her. It's well deserved. Having followed Anne for several years now, she strikes me as an author who is really passionate about her work - and her work ethic. In Pull, she has crafted something really special.

DFA.
Posted by DeanfromAustralia at 7:10 PM