The Disconnectedness Of Connection.

I just sat through a re-watching of one of my most favourite films of all time yesterday afternoon - the 1997 Robert Zemeckis helmed "Contact" starring Jodie Foster and Matthew McConaughey. The movie explores the relationship between science and faith within the context of the scientist, Ellie Arroway (Jodie Foster), discovering a radio signal transmitted to Earth from deep space and the ramifications of that discovery for the entire human race. Among the the many ideas that the film offers up, one in particular resonated with me in 1997, and it continues to do so now. It's the question of whether science has advanced us as a species, whether it has been of benefit to our connectedness to one another or whether it has isolated us.

What impresses me most about the film is the portrayal of the man of faith, Palmer Joss (Matthew McConaughey). Palmer Joss is a theologian and writer, a former priest whose search for his own truth has led him away from the Church. This facet of the character interests me less than the ideas he puts forward throughout the course of the film. 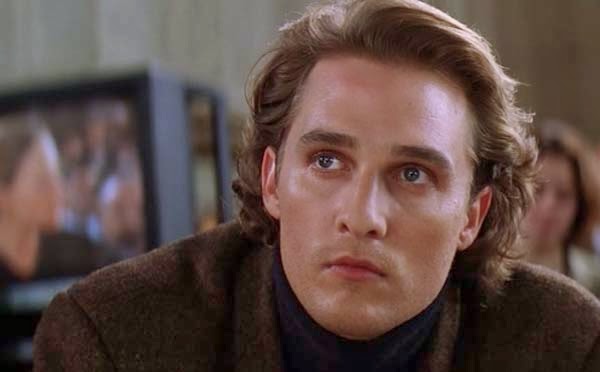 I am especially drawn to this line of dialogue, in a scene Palmer Joss shares with Larry King during an interview to promote a book he has written. King asks Joss if he is against science, to which Joss replies by saying, no.

"What I'm asking is... are we happier, as a human race? Is the world fundamentally a better place because of science and technology? We shop at home, we surf the Web, and at the same time we feel emptier, lonelier, and more cut off from each other than at any other time in human history..."

This line of dialogue resonates and it is an especially powerful observation when you consider that this was scripted pre-social media and indeed when the internet as we know it, was in its infancy.

There is no doubt that science and technological advancement have been immeasurably beneficial to us as a species. I'm thinking in terms of practical applications such as health, education, agriculture, research, communication - even science itself. However, conversely, when I walk down the street today or ride the tram into town and see so many people with their heads buried in their smartphones, ear buds firmly positioned in their ears, I am often reminded of Palmer's line of thinking. And I observe it on social media - I'm as guilty of it as the next person - but increasingly, I find that it is empty of real interaction and engagement. The endless memes, the reposting of news articles that receive little engagement or, when they do,  the rampant tribalism housed in the comments sections of on-line news articles. People shouting to be heard by being as partisan as they can be.

Connected yet so disconnected.

It has lead me to question...

I think people have come to rely on social media as a means of avoiding real contact with one another. They stay indoors, don't pick up the phone, put off opportunities to gather together. Rather, they depend upon the cocoon of the internet - the comment or the like; make themselves believe that that form of contact is adequate.

Now, obviously this doesn't apply to everybody - particularly among those who interact with people across continents and I'm not arguing that this form of interaction should be discouraged entirely. If you're are interacting only with those people at the expense of others in your own location, then I believe you probably need to take stock. 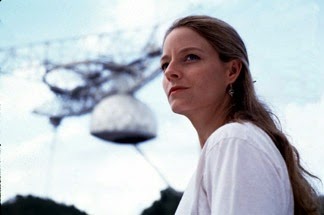 I've felt it. That loneliness that Palmer Joss spoke of. Weeks might go by and I've woken up one day to realize that, in some cases, it's been months since I've caught up with real friends in real interaction, real engagement. And it has lead me to re-evaluate where I stand in terms of my own connectedness to people, friends, family...even loved ones.

Science and faith and the human condition have rarely been examined as eloquently as they are in the movie Contact and for that particular truth, I think Contact will stand as an important document for many years to come. Palmer Joss, as a character, asks us to question our connectedness to one another and whether we need to do more to bridge the gulf between us.

Posted by DeanfromAustralia at 5:17 PM