The world has lost a light this night and she returns to the stars to shine brighter than she ever had before.

I first met Rhian as a member of the Keith and the Girl forums, a community of listeners - fans - of the Keith and the Girl comedy talk show out of New York. It was around early 2007. I, like many at around that time, was still new to the idea of a forum community off the back of a podcast, but I quickly found my groove in the art of message board conversation - helped in no small part by Rhian. She welcomed me to this community with warmth from the get go and it was the beginning of a six year back and forth that was as enriching and as tangible as any friendship I have ever known.

So who was Rhian? 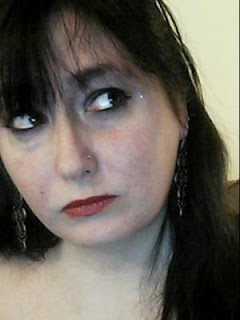 Rhian was a Canadian from Ottowa. A sunny and bright young woman, an extraordinary humanist who supported a variety of causes, an enthusiastic conversationalist and, as I was to discover, a passionate dancer who lived and breathed ballet. She learnt it, she performed it, she taught it. She brought dance to the most under privileged kids in her native Ottowa giving them inspiration and hope, a means of expression. But her love of this most visual of arts was cut short by illness in the form of the debilitating auto-immune disease Lupus.

Upon being diagnosed some time in 2007, Rhian took the positivity and energy she devoted to her ballet and focused it on conquering the disease. It was a battle that she fought with a courage that won her many admirers. She often spoke of her battle through her own podcast - Uncast, updating everyone on her progress, her fears and her hopes. She was confident of beating the disease. And through it all she remained one of the warmest presences around the community that has become known as the KaTG community. She was present at many of the official KaTG functions and meet ups, was a ubiquitous part of the fan community known as Team Drunk Ottowa and did much to advance the knowledge and love of Keith and the Girl around the world.

Rhian saw immense worth in everyone she met, no matter who they were. To Rhian, everyone was valuable, everyone had a voice she wanted to hear.

She was one of the earliest supporters of my first novel,  back when it was merely a weekly blog and all I hoped for it was that the story would be complete. It might sound a romantic notion now, and I can't remember if it is true, but I think Rhian always sensed that the novel was destined to find a publisher.

But my fondest memory of Rhian was the support and friendship she gave me a couple of years ago when my daughter was pretty ill. At the time my wife and I did not know what it was that was afflicting our daughter and I recall discussing our fears and frustrations with Rhian who was always willing to listen, to offer words of encouragement, of grace and of love. She invented a little twitter hashtag for my daughter - #teamweepeanut - that we often used when speaking over that particular platform. Her steadfast positivity and care for our particular situation was a great.comfort and for that, I shall always remember her kindness. 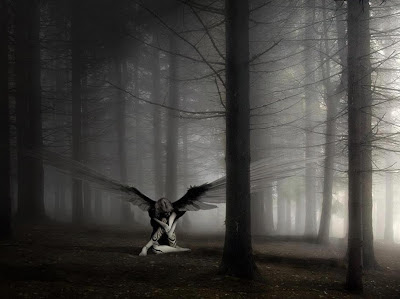 These are just two instances of the small but important friendship I had with her. There are others who knew and loved Rhian far more than I did. But she touched me none the less.

I had a sense maybe a year ago that the battle Rhian fought would ultimately claim her. A string of setbacks, false hopes from clinics offering treatments that came to little and the progression of the disease itself was alarming and only gave weight to the reality of her situation. In the end the reality overwhelmed and consumed.

She died leaving behind her husband, her family and a global community of those who championed her, who loved her and were better for having known her.

She dances now, free from the burden of her mortality.

Donations to Rhian's favorite charity can be made via the following:


DFA.
Posted by DeanfromAustralia at 4:53 AM