This past Saturday, I attended the South Australian Writers Centre Summer Book Fair at the Atrium in Rundle Street, Adelaide. It was a great event and a great opportunity to showcase "Gifts of the Peramangk" as well as meet some wonderful people. And one person in particular who kinda blew me away was up and coming South Australian author Meg Eichmann.

At just 16, Meg has already packed a considerable amount into her young life that has included overseas travel, schooling in some diverse and varied places and of course writing, which she has an untold passion for. Like me, Meg was present at the Summer Book Fair to promote her debut novel "The Order's Experiments" which caught my eye right away and made an impression - not only for what it promises as a story - but for the story behind the story. This writer's journey towards publication is worthy of telling in and of itself. 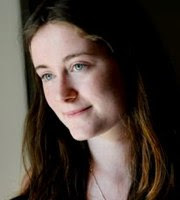 But let's start with the guff on "The Order's Experiments" which is a fascinating blend of sci-fi, urban dystopia and chase thriller.

Kyra and Fallen have strange pasts. At six years old Fallen fled from his unconventional home to the streets. Kyra, born to an underworld movement known as the Order, ran away when she was eight to be free of it. Both live in the city as street kids, living as strays for years, repressing their pasts as they try to survive, but no one can run forever. When the Order persuades Fallen to join them Kyra, in debt to Fallen feels compelled to return as well and both of them start the long journey back into their memories.

Together they are made to delve into what was their past; face the harsh realities of the underground and find a way to help each other face their childhood demons. While training themselves into heartless killers their only hope is to reconcile their lives in time to save their future. 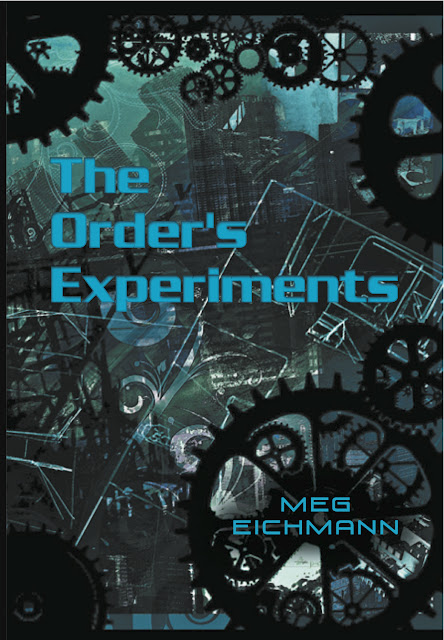 The Order's Experiments is written in a voice that is at once contemporary but it possesses a tension and a maturity that is testament to Meg's skill as a story teller. The dual protagonists in Kyra and Fallen engage the reader and invite you to accompany them on what is at times a harrowing psychological journey. Their journey is visceral and you feel it acutely.

As mentioned earlier, Meg sat down to write the novel back in 2009 as a 13 year old. Juggling the demands of school and a young life in general is considerable enough but in talking with Meg she recalled to me that the initial draft took her about a year to write. Once it was completed however, she didn't know what to do with it, how to find a publisher or an editor for that matter.

I then signed up with Xlibris in 2011, a self-publishing agency where you pay them to print and make the book available, however I still had to edit it myself. So I spent around six months editing and cleaning up the book with the help of friends and family until it was finished and I published halfway through this year. It was such a slow process and I was never sure what moment were the ones to celebrate. Certainly, the moment I finished the book, unedited but finished, years before was a good one. Finishing the editing too was fantastic and a huge relief. Now, all that remains is to see how the book fairs in the market place.

The Order's Experiments greatest strengths are its characters. They are vividly drawn and their motivations are real and compelling. I asked Meg how much of herself is invested in these remarkable characters.

In Kyra, I tried to avoid making her too much like myself, but I very much wanted to use aspects of myself that I hadn't explored much to build her, and through that she evolved into a person of her own. She takes up aspects of humanity that can be seen as bad, like a great need and love of power and strength, but crafts them into tools for her own usage. Through her and Fallen, I've taken traits that might often be associated with villains, because of our own perceptions of the wrong in these traits, and explored them as survival tools, kept in check by the characters.

My main male character for instance, Sorric Fallen, has an extremely cold and unsympathetic temperament, which he uses to survive but still has a moral code to keep himself in check. He is attracted to the humanity in Kyra, and recognizes that they have a similar understanding about these negative aspects of themselves, that they were all they had to keep themselves alive.

Through the book, I wanted to use it as a tool to question our common day moral beliefs and explore the changing meanings of right and wrong.

Meg Eichmann was born in Elizabeth, South Australia in May 1995. After moving to New South Wales, where she spent seven of her schooling years, her passion for writing was first sparked. She moved back to South Australia with her family in 2010 where she currently resides and attends high school in the city. Aside from writing, Meg enjoys archery and bush walking.

Meg has also travelled extensively, spending time in Eastern Europe where she volunteered at an orphanage in Romania. This experience in particular had a profound effect and has shaped her conscience. 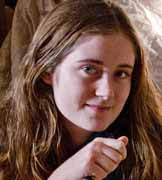 My Romanian experience was very much a journey of self discovery. I wanted to see what I was capable of in travelling and volunteering and working with children, because it really is very hard work.

Romania itself was wonderful, the culture and the landscape, and the way the orphanage was run I thought was fantastic and I learned a lot from them. They had a very open, community setting and it seemed to work well for the children. I with my elder sister worked with the younger children and in particular two toddlers for twelve hours a day. We stayed inside and tried to keep them entertained and after midday the rest of the kids would come home and were wanting attention too.

I am really glad I did it. The two toddlers, Alex and Maria I will remember for the rest of my life, Alex in particular I looked after. We think he might have been autistic, as he seemed really intelligent but didn't like being touched, but I found that if I held him as though my arms were a swing - that cheered him up no end, and I grew really fond of him.

But I have to add, other parts of that trip included the freezing cold, sorting through donations with numb fingers and colds, and a lot of stress. However we also had a fantastic time in Romanian Castles, and trips out to the forest with some kids. I'm really glad I did it.

Meg's priority going forward is to complete her secondary education in 2013 after which she'll explore university - but it is writing and travel, with volunteering included that Meg sees as her priority.

The Order's Experiments is available now.

Purchase The Order's Experiments from Amazon

Purchase The Order's Experiments from Barnes and Noble

Connect with Meg at her Official Site here

DFA.
Posted by DeanfromAustralia at 2:00 PM