The Road To Freedom - Conversations With T.M. Souders.


I'm really pleased to be featuring author T.M. Souders this week. I first met Tia around a year ago when we were participating in some cross promotion activities for our respective novels "The Hambledown Dream" and "Waiting On Hope". At the time, I reviewed Souders' "Waiting On Hope" describing it as an engaging and absorbing work with fully realized characters, dense and intelligent plotting and romantic as well as dramatic tension. I also observed that it didn't walk a traditional path towards absolution - a quality that I found really satisfying in her work, so I was assured that Tia would take that approach to her writing forward.

And, true to form, Tia hasn't disappointed. This past Monday, September 17th Tia's new novel "Freedom Road" hit the shelves on Amazon and already, the buzz is that Souders' has delivered yet another richly imbued tale filled with all of the ingredients that made (and continues to make) "Waiting On Hope" such a hit with fans. I have to admit to feeling a sense of kin-ship with Tia in her efforts to translate music to the page in a literary sense and I think that she totally has the smarts to do it well. 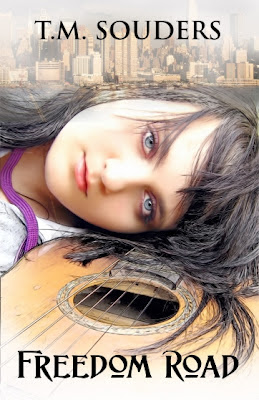 So the guff on Freedom Road is thus:


Since the tender age of eight, music served as Samantha Becker’s source of solace against her father’s tyranny and her mother’s alcoholism. Now at eighteen, her only dream is to study classical guitar at Juilliard. But when her father’s careless actions lead to an “accident,” which threatens her ability to play the guitar, Sam becomes despondent. Losing all confidence in her future, Sam hides behind the emotional barriers that have protected her for years.

Just when Sam has given up, two unexpected people enter her life, giving her the confidence she needs, and forcing her to evaluate all she’s ever known. Battling her father’s plans for her future, band mates using her for personal gain, and a permanent injury, the odds are stacked against her. With auditions approaching and time running out, Sam must relearn to play the guitar, or be destined to give up her dreams forever.


In some early conversations with Tia, the research curve on this novel was a huge step up from her previous work, such that she was required to explore music and guitar in order to bring a sense of realness to the page and her protagonists' journey. Tia revealed to me her limited musical experience which presented some challenges. 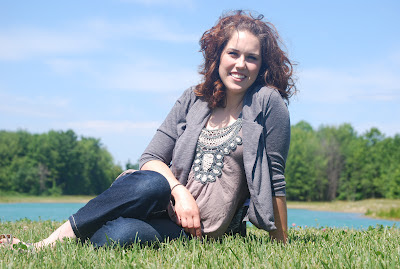 "I played the violin when I was younger for about a year, grinding away with my bow, until I moved on to something else. Thus, writing Freedom Road was a bit of a challenge for me. I knew little about the guitar, so everything put into the book relied on my research. I wish I had more personal experience with the guitar. I've always been awed by those who play and, frankly, a bit envious.

This particular book, in general, was a struggle for me. It took me three complete rewrites, front to back, to get it right, and that doesn't include revisions and edits. I have to say I was inspired by my own character though. I now have a beautiful black guitar waiting for me to play it. So far, I've only self-taught myself to the extent of Amazing Grace. Now, if only I could just stop writing and find the time to take lessons!"

An additional challenge for Tia was portraying a young musician who has to overcome significant physical challenges in order to chase her dream. During the research process, finding people cognisant of disability and music  - even those for whom guitar is a daily passion - was an almost insurmountable problem.

"In my novel, the main character has an accident which leaves her with one less finger on her fretting hand," Tia says. "I tried calling local guitar shops for advice and information on what a person would do if they were missing one of their fingers, but honestly, they were of little help. None of the instructors had experience with teaching someone with a missing digit. Most of my knowledge of the guitar and playing came from information I found through tons of research on the internet. When it came to my character, Samantha playing in some of the more vital scenes to the book, particularly the last scene, I had to figure out a way to “show” her playing through words, which was certainly difficult. I think music, in essence, has so much emotion tied to it, and those who play like the character in my book have so much passion, that I pulled on her emotions for the descriptions of the music she played."

T.M. Souders was born in Johnstown, Pennsylvania and grew up in the suburbs outside of Pittsburgh. She graduated in 2004, from Youngstown State University, with a degree in Psychology and minor in Women’s Studies. She is the author of best-selling women’s fiction novel, Waiting on Hope, as well as the novelette Dashing Through the Snow and the newly released young adult/crossover novel, Freedom Road. In her spare time, when she is not writing, she is an active volunteer for the World Literary Cafe, a site dedicated to authors and readers. T.M. is an active presence on the Twitter-sphere and is an engaging presence, readily interacting with authors and readers, discussing trends in the digital marketplace and is happy to act as a sounding board in the exchange of opinions and ideas. Oh - and she has a really infectious smile - doesn't she?? I mean, seriously! She currently lives in rural Ohio with her husband and children.

DFA.
Posted by DeanfromAustralia at 12:09 PM