I am sitting here on the floor of my room, like Marlon Brando in Apocalypse Now chanting over and over 'the horror...the horror'. 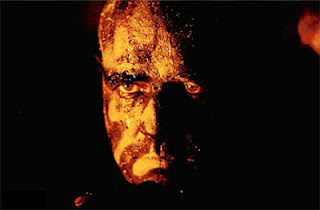 In Australia, telecommunications consumers have the choice of several providers for their home phone, mobile and internet needs. Optus is one of those companies. SingTel Optus Pty Ltd. is the second largest telecommunications company in Australia, and is a wholly owned subsidiary of Singapore Telecommunications (ASX: SGT). The company primarily trades under the Optus brand, while maintaining several wholly owned subsidiary brands, such as Virgin Mobile Australia and Boost Mobile in the mobile telephony market, Uecomm in the network services market and Alphawest in the ICT services sector.

They are a formidable brand and I have been a customer of theirs for my mobile communications for the past 7 years.

On the 11th July, I was offered the opportunity to re-contract early (without penalty) with Optus for another 2 years on one of their latest business plan offerings - the $89/month Timeless Mobile Plan. What was specifically attractive about this plan was that included 50Gb of free home broadband internet along with a free Wifi Modem and free connection. On the face of it, the plan seemed like a really good one and seeing an opportunity to save significantly on my mobile and home broadband (which up until then I was paying a combined $130AUD/month) as well as having the opportunity to own the flagship smartphone from Samsung - the Galaxy S3. I decided to take up the offer. 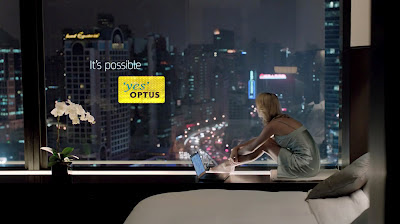 Now, I explained to the sales representative in the store that,currently, my home phone was with another provider as was my internet, on the same, single phone line and I queried whether I would need to make any significant changes to the line. He enthused in reply "no worries, no worries at all – we can switch you offer with no problems and can get this done quickly for you".


Upon signing me up, he explained that the free Netgear Wi-Fi modem would be delivered to my house in 5 to 7 days and he booked a technician in for the 24th of July to come to my house and "activate the line, set up and configure my modem". I said "great" and left the store feeling reasonably happy - even though there was some trepidation at the prospect of cancelling my internet account with my Adelaide based ISP Internode, which have been a solid performer over the 10 years I've been with them. I guess economics won me over.

Now - fast forward to Friday the 20th July - late last week. The Netgear Wi-Fi modem hadn't arrived at my house and I was a little nervous so I rang Optus' Indian based Customer Service Center to find out when it would be delivered. After 90 minutes and 8 separate transfers within the Customer Service ecosystem, I was told that the modem "would arrive eventually" and not to worry.


I was a little worried...after this.

So I phoned the Optus Store where I had originally been encouraged to sign up and spoke to the sales rep I had dealt with and he said "leave it with me". A half an hour later, he rang back saying cheerily, "don't worry, don't worry, the technician will bring it with him on the 24th" - which was the scheduled date for the activation and install.

So I waited over the weekend until yesterday, the 23rd when – as advised by Optus – I cancelled my internet service with my current provider, Internode, in preparation for the activation today - being the 24th. I also rang Optus, just in the hope that I could narrow down the time that the technician would be arriving at my house. They told me they couldn't do that because they don't have access to that information, but then they asked me if I'd received my modem yet. I said no – I was told last week that the technician was bringing the modem and he would be setting it up for me. The Optus Customer Rep on this occasion said no that is wrong – I would be receiving the modem via courier and that I would need to set up the modem myself.

I said – that isn't what I was told by the Optus Store previously. The Optus CS rep said the instructions for setting up the modem are very simple and you should have no trouble.

So this morning – the Technician arrives to activate my phone line for the Optus broad band service and, right away, he asks me if I am disconnecting my land line. I said no and asked why I should do that? The Technician explained to me that he can't activate the Optus service on my line because it needs to be a dedicated data line. The only way I can do it is to sacrifice my voice line and make it a data line. My wife and I stare blankly at one another. Now, I couldn't do that because we need the landline at the house. The technician explained then that I would have no other option but to cancel the activation.

He rang Optus on my behalf to confirm that he couldn't go ahead with the activation for the reasons he explained and proceeded to cancel the activation with my blessing.

I now have no home broadband. I rang Optus' Indian based customer service center, and spent another two hours on the phone, only to be told that I now can't have Optus broadband as specified in the $89 Timeless Mobile Plan. I was told by the CS rep that I should have said to the sales person in the Optus Shop back on the 11th of July that the line into my home was a voice line with an active service on it. I told them I did (read earlier). The CS rep had the temerity to say "you couldn't have".

I said I did...multiple times.

After an increasingly heated exchange, I was also told I would be charged a cancellation fee – to which I replied "How can I be charged a fee for a service that can't be activated?". The CS rep terminated the call.

What do I do now?

I have gone back to my old internet provider for starters. I rang Internode here in Adelaide, explained my predicament and they were only too happy to help restore my previous account with them. I have also lodged a case with the Telecommunications Industry Ombudsman here in Australia. The TIO acts as a mediator between the customer and telecommunications providers in the situation where conflict has arisen in the course of a transaction.

Oh – and the modem arrived...just five minutes after the technician left my house.

While I await the outcome of the mediation process, I sit here in the hall of my house, with my totally trashed phone line, cradling my now useless Netgear Wi-Fi Modem and cursing the day I ever allowed myself to be suckered into the Optus Store yet again. 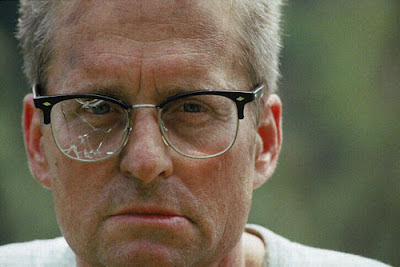 I cannot believe how much of a disaster this has become.