Train Wreck In Sarasota - There Need Be No Other Title.

Continuing on my journey of musical discovery, this week I'd like to share with you the music of Rob McCann whose acoustic project "Trainwreck in Sarasota" is turning heads - and ears - in all the right ways.


McCann's newly released EP "The Narrow Escape" has just landed through McCann's label Basement Session Records as a follow up to the 2010 release "Something To Call Your Own" and both releases herald a unique take on the trident of singer/songwriter/guitarist that is all at once refreshing and familiar but never stagnant. So it's worthy to explore both pieces as a way of showcasing McCann in his entirety.


Upon first listen to "The Narrow Escape" I was greeted with the most satisfying of acoustics and I imagined the performer having set himself in some sort of disused apartment building or warehouse with high ceilings, exposed double brick walls and solid timber floors - tall windows along one side, letting in fractured light through dusty glass. Such environments lend themselves to a raw and organic sound that takes you into them - they are tactile and sensual - something that can oft be missed from the crispness of the studio. I often talk about good music's ability to evoke vivid imagery and Trainwreck in Sarasota achieves this handsomely. 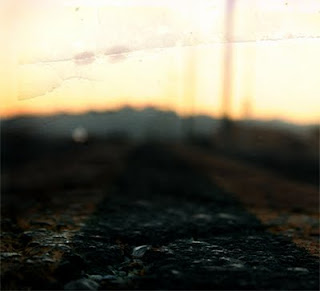 McCann's playing is intricate and complex and by this I mean he doesn't simply stick to safe chord progressions nor labor on one particular rhythm. His instrumental pieces are in and of themselves a dance where the guitar itself is the vocalist and he achieves an almost classical flourish to what is otherwise indie/experimental folk and blues. This is what impresses me most about the performances on both releases - though I tend to favor "The Narrow Escape's" depth of musicality, which is merely a personal preference and in no way diminishes "Something To Call Your Own. As an artist - be it a musical or a literary one - we tend to pride ourselves on our first productions.


Trainwreck in Sarasota' songs are lyrically appealing and McCann is a songwriter and lyricist of considerable talent. His songs on both releases range through the territory of deep emotional reflection, dealing with such abstracts as depression, substance abuse, fear and loathing as well as soul searching, love and absolution. As vocalist, McCann has a range and a rawness that suits the folk/blues sound of his guitar. It is honest and passionate, reflective and melodious. Most important of all - it is unquestionably individual, which is so refreshing to find in among the dearth of manufactured music that has swamped the mainstream in recent times. 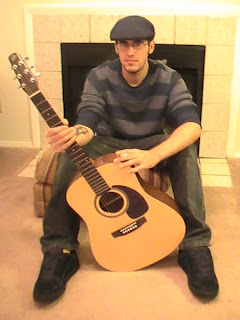 I don't like to compare musicians with one another because I think it can sometimes be unhelpful but McCann himself does cite as musical influences the likes of The Decemberists, Jeff Martin, Hawksley Workman and The Weepies. I myself, was reminded a little of Colin Hay, Chris Whitley and even Seasick Steve. The quality of Trainwreck in Sarasota's sound, combined with McCann's vocal presence, song writing smarts and guitarmanship make him worthy of being mentioned in the same breath. If there were any criticisms at all to make of Rob and his music, it would be to simply say that his sound is crying out for the addition of a session band and some additional harmonies.


"The Narrow Escape" and "Something To Call Your Own" are both available through McCann's official site and, while both recordings are free, I would encourage prospective listeners to kick in with a donation. Both works are highly deserving given the care and attention that has gone into them.


The final word on Trainwreck in Sarasota, to me, is luminous. Go get yourself some.


DFA.
Posted by DeanfromAustralia at 5:56 AM